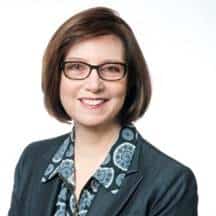 Hindsight, as they say, is 20/20, particularly when things go wrong in business, such as with a major project or initiative that flops. Rather than worrying about the possibility of failure on a complex project, consider instead the power of proactively identifying your project’s greatest risks and taking preventive action against them.

That is the fundamental promise of a premortem process, a managerial strategy that asks project team members to envision the failure of their project, to think backwards and determine how and why this failure occurred, and to create ways to address any risks identified. From its structure and rigor, a quality premortem process can help increase the likelihood of success for even the most complicated of projects.

The health care organization’s leaders knew up-front that their project would be difficult and take a year to complete: upgrading the organization’s system-wide laboratory information system was an imperative to enhance patient safety, take advantage of advanced clinical instrumentation, and comply with government registry requirements.

It quickly became apparent that the upgrade team members, though knowledgeable and expert in their disciplines, were focused on their own respective areas of responsibility. Intra-team communication was guided by the specific details of the project plan, and fell short of addressing the “big picture” challenges and risks of the organization as a whole.

To address the project’s risks up-front and help ensure success, the upgrade team pursued a premortem assessment to determine all of the possible reasons the project could fail. Critical to this decision was engaging and getting buy-in from the organization’s leaders, as a premortem process is not about fault-finding or jeopardizing anyone’s role. Rather it is about encouraging free thinking that allows the team to uncover potential flaws and determine whatever solutions are necessary to mitigate project risks.

Inside a Quality Premortem Process

Key to the success of a premortem process is the depth and quality of the risk information generated. For the health care organization’s premortem, a dozen project team members – purposely representing a diversity of departments, responsibilities and organizational ranks – were invited. In general, the more that premortem participants have domain expertise over project deliverables, the better the premortem’s outcome.

Purposely, the attendees were not informed of the premortem in advance of their participation. This was done to ensure creative thinking and open and “uncensored” input during the dialogue. So that attendees would give this meeting their full attention, it was held at an off-site location, free from the typical distractions of nearby colleagues and work. An experienced premortem facilitator was assigned to ensure session objectivity and dialogue quality.

The premortem began with the facilitator briefly explaining the process and asking attendees to visualize a scenario in which the go-live of the upgrade had failed. Phone calls were coming into the team with a large volume of issues being reported; lab users were unhappy, and stakeholders were demanding a full account. “Imagine what went wrong? What could have been done differently? How could we have better prepared?”

Attendees were asked to brainstorm – without limitation – why they believed this project had failed this way and jot down their individual responses on small sticky notes. Lastly, each attendee was asked to share one additional reason for project failure not already mentioned.

The facilitator gathered the dozens of sticky notes submitted by attendees and asked everyone to vote on their top reasons for the project’s failure. Generally, these reasons revolved around:

The facilitator then divided the attendees into three random groups, assigned each group one of the top three reasons for the project’s failure, and asked the groups to write down what should have happened to prevent this failure and the key staff members who needed to be involved. Based on this input, the attendees determined who would ultimately be responsible for working together to resolve each of the project’s potential major failure points.

Following this meeting, organizers summarized all of the issues identified and the proposed interventions discussed, then followed up with the individuals designated as responsible for resolving the identified primary risks.

The health care organization’s premortem assessment exceeded expectations – to the point that when the project was successfully launched with no significant issues, the organization’s leaders specifically called out the premortem as critical to the initiative’s success.

As a health system analyst noted: “The premortem meeting enabled us to identify key tasks needed for our go-live and any gaps in our preparations. This was also an opportunity to bring together representatives from the various teams involved to openly discuss concerns, potential failure points, and ways to mitigate them.”

A premortem process is a valuable approach that can be applied to other project risk factors including a project’s length, visibility, and dollar and strategic value. Health systems with complex “cannot fail” projects should consider a premortem process to reduce risk, head off project failure and increase the chances of project success.

Founded by Dava Freed in 1991, Freed Associates consults with California health care organizations on strategic and tactical initiatives. The company’s team of approximately 70 consultants provides specialized knowledge across the health care industry spectrum. Freed has been awarded “Best Places to Work” as well as “Top 100 Women-Owned Business” by the San Francisco Business Times.

Crystal Cooper has been consulting for Freed Associates since 2012. She has worked in a variety of health care settings, including several large and community-based health systems and other health care organizations.

DEI in Health Systems: Fostering an Inclusive Environment for a Healthier Future

How To Lead Medical and Healthcare Sales Teams During Uncertain Times

Effective Techniques to Help You Perfect Your Leadership Style