Federal government policies are now pushing health care providers away from fee for service reimbursement toward a new model that rewards higher quality care at a lower cost, a new paradigm healthcare experts applaud. For the industry, however, the shift is challenging. Value-based care, and the bundle payment options that come along with it, will have far-reaching effects on the sector’s drivers of profitability and overall structure.

How did we get here?

In the late 1990s and early 2000s, in an attempt to contain rising costs, the Centers for Medicare and Medicaid Services (“CMS”) moved from the cost-plus model to a fee-for-service reimbursement structure in which providers were paid a set amount determined by Medicare for a particular service or procedure.

The model incentivized health care providers to recommend more, often medically unnecessary, services, as they were paid by the number of procedures performed.  According to World Bank Data, total US health care expenditures continued to rise as a share of GDP, from 13.1% in 1995 to 17.1% in 2014, the world’s highest and roughly 40% above the global average. At the same time, however, the U.S. is now ranked 31st for life expectancy with the Greeks, Cypriots, Slovenes, and Chileans all living longer than Americans.

Better Care at a Better Price
The solution lies partially in bringing back a variation of the old rules: pay health care providers not to make you well but to keep you well by shifting fee-for-service reimbursement to alternative payment methodologies such as bundled payments, capitation, and other risk-sharing models while promoting the creation of accountable care organizations (ACOs).

But will it work?
So far, all signs point to yes. The largely positive historical experience of the Mayo Clinic, the Cleveland Clinic, UPMC, and Heritage indicate the same kind of vertical integration of services can improve outcomes and encourage efforts to rein in health spending.

With Medicare and Medicaid now paying 37 cents of every health care dollar, few players will be able to ignore the government’s preferences.

Accountable Care Organizations.  ACOs comprise a network of hospitals, physicians, and post-acute care providers that share clinical and financial accountability for better care at a lower cost.  At its core, an ACO is designed to improve care coordination, prevent medical errors and unnecessary readmissions, and limit the overutilization of costly services.  Still, many remain hesitant to shift away from fee-for-service reimbursement. Or, perhaps, ACOs are merely a stepping-stone to a longer-term goal of shifting full financial risk onto providers for managing patient populations for a fixed payment.

Bundled Payments. In 2013, CMS launched the Bundled Payments for Care Improvement (“BPCI”) initiative, a voluntary test program across over 50 clinical episodes to determine if medical bundling works in practice.  With CMS achieving a base savings rate of 2% and 3%, bundled payments have been among the top performing value-based programs, providing superior outcomes at lower cost through (i) better care coordination, (ii) the implementation of data and technology to inform optimal clinical decisions, (iii) the alternating of physician behavior, and (iv) the redesign of clinical pathways.

Interestingly, compared to ACOs – the value-based program of the primary care physician – the quarterback of bundled payment models has been specialists such as orthopedic physicians. Those specialty physicians have proven to be equally, if not better, positioned to eliminate waste and improve outcomes, thereby bending the cost curve.

Capitation. Capitation payments fundamentally shift the management and incentives of care from payor to provider. Exceeding targets for lower cost and higher quality results in additional reimbursement to the provider. Underperform and a percentage of the capitation payment may be withheld.

Which Model Wins
Of these three value-based reimbursement programs, which model is best and most likely to prevail in the effort to replace fee-for-service?  The answer likely involves the cherry-picking of core elements from all three models:  a population-based payment system that (i) is primary care and specialty physician-led, (ii) eases the ability for a narrow network of providers to collaborate and risk-share, and (iii) reimburses via a capitated payment model with retrospective adjustments linked to quality metrics, patient satisfaction, and actual cost.

Jim Moskal is head of the healthcare practice at Livingstone, a global M&A and debt advisory firm. 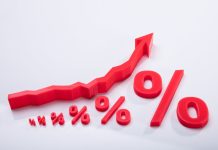 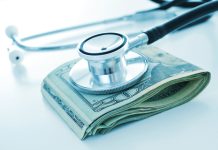 Delivering on the Promise of Price Transparency 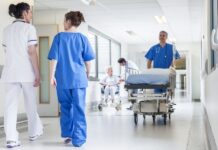 The Haves and Have-nots: Positioning Your Healthcare Businesses for Maximum Value from Private Equity Investors