The Practice of Christian Yoga and How To be One 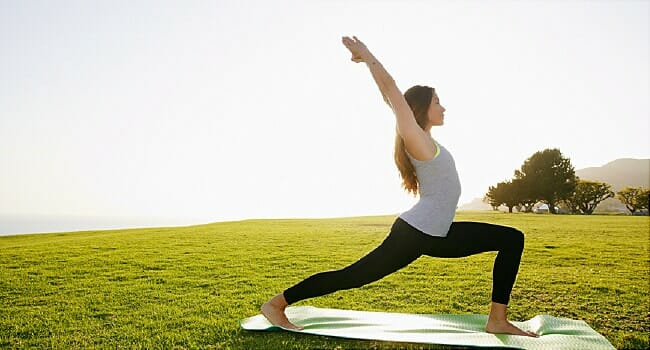 Yoga had been practiced for a hundred years or more and it is mostly popular as a fitness exercise that helps you attain a lean and strong core, it has intricate poses and it is said that the more difficult and complex the poses are, the more you are able to focus and lose weight. Those who teach yoga are called yogis, and more than just embracing doing yoga, it is also living the way of life of that yoga believes in. Yoga says that to live is to live in the moment, and focus on today, they do not worry about tomorrow, or the future or man’s existence but rather to gain happiness and peace through the union of the body, mind and spirit. Yoga has taken on different forms along the year, its slow movement and poses became much more active and fast to cater to the acrobatic interests of the westerners, then it became a fitness regimen of celebrities and yoga became a household name after that, gyms and centers started having yoga class, they even have hot yoga. It has found its way into different disciplines such that it is now used in psychosomatic medicine as a means of treating mental health disorders through meditation and mindfulness. However, the most recent transformation of yoga is much more striking as it has become a part of a religion, and is called Christian Yoga.

Christian Yoga is a faith-based practice of yoga, in that the practice of yoga is influenced by the teachings of Christ and is in accordance with the bible and the Christian faith. It is a difficult concept to follow at first, but according to its founder, yoga is simply a way of worshipping God and communing with God through one’s body and mind. The practice of yoga had always been governed by the yoga breath and it is uniquely the one which connects the body and the mind as one attains control and focus of the body to be able to do the poses. The bible also teaches that whatever we may be doing at a given moment, may it be breathing or staying awake, we are worshipping God by the very life that we have. Thus, yoga is the most appropriate way to reach a higher level of meditation and concentration that is needed to hear God’s voice and teachings in our lives. Christian yoga is therefore living as Christ lived and then using yoga to build a spiritual relationship with God. Yoga does not believe in any God, and so when we practice Christian yoga, we are merely providing yoga with an object of worship that also improves and strengthens our belief in God. Many people of different belief systems have taken up yoga without it interfering with their faith or religion. Hence, it could be said that yoga is open to any other religion and Christian yoga is proof of that.

How Does One Do Christian Yoga?

The practice of Christian Yoga is found in the groups missive which is “Jesus first, yoga second”. This would mean that in Christian yoga, the central focus is in the worship and praise of Jesus and in praying to Him. It would also mean that the different phases in the yoga poses or the breathing sequences are all directed at thinking about Jesus and what He has done for humanity, and giving thanks and praise to Him. It is like doing yoga, but instead of focusing on just the breath, one also focuses on Jesus and maybe along the way, you are touched by the Holy Spirit and you get to hear a message or an answer to whatever it is that you seek. It is important too to know that as one is doing Christian yoga, you are not violating any teaching from the bible, but the poses have been modified to be in a prayerful stance rather than focusing on fitness or gaining a sexy body. Simply put, Christian yoga is a means for every person to become close to God and to improve our own relationship with Him and our faith.

Where To Learn To Be A Christian Yoga Teacher?

One of the mission of Christian Yoga is to be able to bring more people closer to God and the Christian way of life, and they can only do this by training teachers who will take in students and provide them with the tools and knowledge to become good Christians and to know God for those who have not yet accepted Christ. The Christian Yoga website have information on the various trainings that they offer for those who are interested in furthering the work of God and bringing people hope and faith. The Christian Yoga offers beginners and masters training sessions each with different training hours, skill level, materials and training modalities. The beginners’ class can be done online using videos and materials that can be made available to you when you sign up. After which you can become fully certified as a faith base yoga educator. The masters’ class provide a more specialized training and has longer training hours, it also includes special training on special interest topics such as substance abuse, victims of abuse, PTSD and a lot more. The masters’ class also require an in-person training to complete the course, hence you would need to find a certified educator in your area. The costs for the trainings are affordable but if it is a difficulty, then you can avail of the scholarships that are being offered by the group.

Living the Life of a Christian Yoga

As with any other religion or faith system, no one is forced to become one, it is a decision that is yours to make out of your own free will. It is therefore important to learn and to know everything you can about it before making a decision. At any rate, no one is barred from being a Christian yoga instructor if you see this as an opportunity to further your career, and in the long run, God works in mysterious ways and you might not know it for now, but maybe He is leading you into this.

Work Injury in Cedar Rapids: Can You Trust the Work Comp Adjuster?