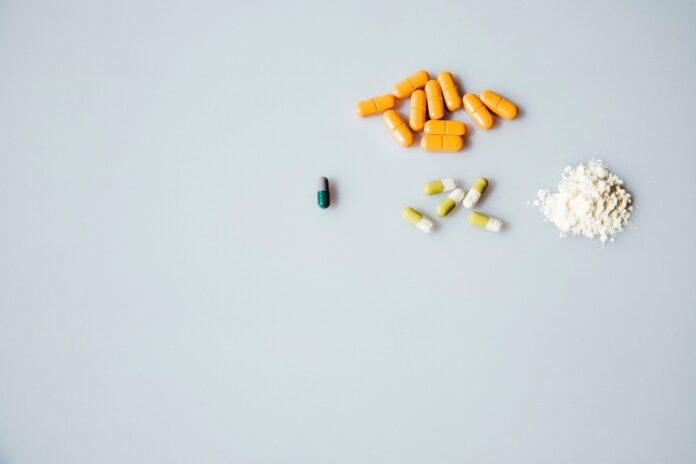 Do you love taking health supplements? You are not alone. According to the CRN survey on health supplements that was carried out in 2017 by Ipsos public affairs, approximately 76% of American adults take dietary supplements. This is equivalent to about 170 million people. The study also discovered that vitamins and minerals were the most commonly consumed supplements followed by herbal, sports nutrition, and weight loss supplements. Be sure to read NanoMagazine.com and find out which supplements are the best for you and where you can purchase original and safe supplements with no side effects.

But do you know where health supplements originated from? Well-health supplements are not a new phenomenon as they date back to the 20th century when a major scientific milestone in understanding health and disease was achieved.

Before the twentieth century, only three nutrients were considered essential in the food people consumed and these were; proteins, carbohydrates, and fats. Poor hygiene and sanitation were considered the root of all diseases and this is why all the food was sterilized before eating to get rid of germs and bacteria and toxins. Milk was sterilized using heat and this destroyed the natural vitamin c it contained.  Rice and other grains were polished and milled to remove the husks and this greatly prolonged shelf life but, harmful consequences emerged but they were unknown at that time.

Because of overprocessing grains, the important B vitamins got destroyed. This led to a higher prevalence of the era’s diseases such as pellagra, beriberi, and scurvy. According to https://pubmed.ncbi.nlm.nih.gov/23798048/, a Polish biochemist known as Casimir Funk formulated the concept of vitamins which he called vital amines then.

Casimir Funk, after reading an article by a Dutchman known as Christiaan Eijkman that suggested that people who consumed brown rice were at a lower risk of getting beriberi than those who consumed fully milled rice, got curious and decided to investigate the reason and he succeeded.

He found out that a substance known as amine which he later called vitamine and we currently refer to it as Vitamin B3 or niacin was actually an anti-beriberi component. Funk believed that more than one vitamin existed and he went ahead to publish an article in the year 1912, where he suggested that there are at least four vitamins in existence and they were responsible for preventing and even curing beriberi, scurvy, pellagra, and rickets. Later in 1912, Funk published his book known as the Vitamines and was awarded a Beit Fellowship to facilitate him as he continued with his research.

Throughout the mid-twentieth century, discoveries continued to be made and the puzzle of the vitamins was solved thanks to the contribution of several physicians, physiologists, chemists, and epidemiologists. The truth is scientific breakthroughs were slow as they were overshadowed by setbacks, contraindications, and refutations.

However, experimental physiology with animals such as mice played a key role as it greatly shortened human suffering because of vitamin deficiencies. Today, science has evolved greatly as modern-day chemists and researchers can actually deduce chemical structures and develop methods of vitamin synthesis in the human body. Our understanding of vitamins and their benefits to our health has also evolved since the time that they were discovered.

When World War 2 started in 1939, American men were called upon to serve in the military. According to https://www.betternutrition.com/supplements/vitamins/history-of-vitamins/ out of all the men who served in the military, one-third were found to suffer from poor nutrition disabilities. This led to President Franklin D Roosevelt convening a nutrition conference for defense in the year 1941. Thanks to this conference, the first set of government-recommended dietary allowance of six vitamins and two minerals was implemented. Today, more nutrients and minerals have been discovered and sold all over the world.

The Regulation of Modern-Day Health Supplements

The period between 1970 to 1990 saw an increase in the modernization of agriculture. The sale of refined and prepackaged food led to a decline in nutrients contained in food and more people turned to supplements to fill these nutritional gaps.

In 1994, the Dietary Supplement Health and Education act was finally made law and it defines a diet supplement as any product, but not tobacco that is intended to supplement a diet or contains dietary ingredients such as vitamins, minerals, herbs, or amino acids. This definition was particularly important because it differentiated health supplements from other things that people consume for health purposes. For example, green tea pills can be taken as health supplements because they have a higher concentration of minerals but green tea bags cannot be taken as supplements because they are less concentrated.

Today, health supplements can be found everywhere, in supermarkets, chemists, and even in online shops. But it is important to take them in moderation. Avoid drug interactions and always consult your physician before you start taking a new health supplement.