Heath Otto, a 24-year-old man from Sioux Falls, South Dakota, admitted to killing his mother and nephew in April 2019. He openly confessed the crime to the police, claiming that his mother was not really his mother and that they had abducted him. In Otto’s mind, he was setting himself free.

Otto was diagnosed with schizophrenia. It is a condition that only 1.2 percent of Americans experience. That statistic is not too startling. What is startling are the broader statistics on mental health in the United States. According to the National Institute of Mental Health, one in five Americans experiences some form of mental illness.

Otto’s story is not too unusual, though his particular mental disease may be. Otto experimented with steroids and heavy drinking after he was discharged from the Marines. As he continued steroid use and drank heavily, his behavior became more erratic. There was cause for concern on more than one occasion and, on more than one occasion, his mother requested Otto be detained in a mental health facility and given appropriate treatment. Never were any of the requests heeded, as Otto did not pose a threat to himself or others. In order for Otto to be detained, State law required proof of immediate threat be provided. Otto remained free, his condition ultimately deteriorating until he committed the heinous crime of murdering his mother and nephew.

Otto’s story is far too common in American life. As mental health facilities shut down because of a lack of funding, those individuals legitimately diagnosed with a mental illness increases. Once under ten percent, now the number of mentally ill has risen to twenty percent and shows little sign of slowing.

A quick look at the mental health picture of inmate populations in prisons throughout the country presents an even bleaker picture. Over 50 percent of prison inmates suffer from some form of mental illness.

The mental health system in America seems broken. Federal funding, the primary form of funding for mental health facilities around the country, has been cut every budget since the Reagan administration. The funding was cut to increase spending for such things as defense and national security. What’s more, promising treatments for common mental health problems continue to be oppressed by the government, including CBD and THC-infused products.

Of the 113 billion dollars of federal spending on mental health in the United States, 60 percent goes to paying for prescription drugs and outpatient care. Such services are structured toward helping those affected with minor mental health concerns. Major mental health issues require inpatient, residential care services. As those services disappeared due to dwindling funding, prisons stepped in and absorbed the severely mentally ill kicked to the curb.

Funding is not the only issue with the American mental health system. Prevailing attitudes concerning mental health in American society contribute to the problem. In a survey published in the Journal of Psychiatric Services, 303 individuals who decided against treatment were questioned as to why they refused services. The most common answer was that they believed the mental health concern would resolve on its own over time.

We must recognize that mental health is a serious issue in America. It requires our attention and tax dollars. Otherwise, American society will continue to experience tragedies such as the one detailed in Otto’s case. 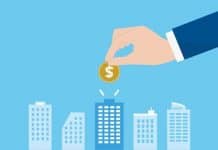 What Do You Need When Starting A Private Mental Health Facility