Over the past decade or so, 33 states and the District of Columbia and the entire nation of Canada have made the decision to legalize marijuana for medicinal purposes. While there are those who object to the adoption of cannabis as an option in the healthcare system, the use of marijuana & CBD oil as a treatment has led to major patient benefits. There are plenty of reasons that medical marijuana can be beneficial to those seeking treatment, and the argument is compelling, based on recent scientific breakthroughs. If you’re wondering how the healthcare system has benefited from medical marijuana, the points below should shed some light on why cannabis has become an accepted treatment across the United States & Canada.

The opioid epidemic has wreaked havoc on our nation as millions of people have become addicted to opioid-based narcotics… most of which are prescribed by a doctor. Oxycodone, Vicodin, Percocet, and many other drugs are prescribed to people dealing with chronic pain and nearly 29% of those people will abuse those drugs in some way. Around 8-12% of those patients will develop opioid abuse disorder which will lead to chronic misuse of those drugs. Between 4%and 6% of those who become addicted will transition to heroin. Almost 80% of heroin users report that they used prescription drugs first.

These strong narcotics are intensely risky to prescribe, especially for chronic conditions where users will need to use them for an extended period of time. Patients easily build up a tolerance to the opioids and need higher doses of the narcotic to address the pain. This leads to a risky use of the drugs and can easily lead to a spiral into addiction.

How Medical Marijuana Reduces the Need for Opioids

Cannabis & CBD oil are an effective treatment for many conditions that typically require narcotics. However, the drug is not even remotely as addictive as opioids. For those struggling with chronic conditions, medical marijuana or marijuana concentrates like hash with higher THC can provide the relief they need from their illness or pain without presenting the risk of developing an addiction to opioids.

According to Harvard Health Publishing, in areas where medical marijuana was legalized, opioid prescriptions fell dramatically. In fact, 2 million fewer prescriptions were filled for addictive narcotics in those areas. Where medical dispensaries were opened, prescriptions dropped even lower, by around 3.7 million doses per year. This is extremely promising since this reduces the number of people at risk of becoming addicted to prescription drugs after having them be prescribed by a medical professional.

By reducing the number of opioid prescriptions necessary, medical marijuana is a major factor in the fight against opioid addiction. One of the biggest issues with opioids is not that they exist – it’s the fact that they are necessary in some cases for people to live without pain. Eliminating narcotics completely is not a reasonable response to this increasing problem. In some cases, nothing but heavy-duty narcotics will help patients cope with the pain. As we mentioned earlier in the article, smoking hashish or other cannabis concentrates may still be a valiant substitute for these heavier narcotics. However, the continued prescription practices are irresponsible, especially since they put patients at risk for addiction after their immediate condition has been addressed.

Addiction is incredibly difficult to overcome and results in a lifelong struggle for those afflicted by it. Treating patients with substances that can result in a lifelong condition might solve one problem but only by causing a huge secondary problem that can eclipse the initial condition. Reducing the need for addictive narcotics by offering a safer, non-addictive alternative is a much safer option and ultimately serves the patient much more effectively.

Although there is quite a bit of controversy surrounding the legalization of recreational marijuana, at least in the USA as Canada has fully legalized the use of cannabis, medical marijuana is a major step in reducing the risk of opioid addiction triggered by prescription drugs. Medical marijuana can come in dozens of forms from topical creams to oils or concentrates to, of course, buds to be consumed by smoking. This diverse application of the substance means it can be applied to dozens of different conditions and ultimately provide relief to patients while responsibly considering the dangerous effect of opioids. Ideally, responsible pain management will result in lower addiction rates and fewer complications from opioid misuse later in life, which will help both the healthcare system and the patients themselves. 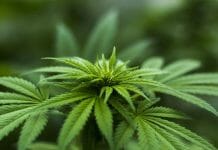 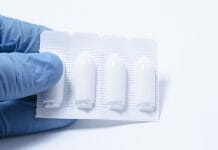 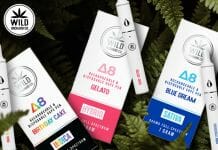