Shari Barkin, M.D., M.S.H.S., has been named physician-in-chief of Children’s Hospital of Richmond at VCU and chair of the Department of Pediatrics at VCU School of Medicine. Barkin currently serves as chief of the Division of General Pediatrics, William K. Warren Foundation Endowed Chair of the Department of Pediatrics, founding and executive director of the Nashville Collaborative and director of pediatric obesity research at Vanderbilt University Medical Center and the Monroe Carell Jr. Children’s Hospital at Vanderbilt. She is also a professor of health policy at Vanderbilt. Barkin will join the CHoR team on August 1.

Dr. Barkin is an internationally recognized leader in academic pediatrics and embodies our tri-part mission in her work to care, educate and innovate. We’re honored to welcome her to the VCU family during this time of exciting growth at CHoR and VCU School of Medicine. We look forward to the huge impact Dr. Barkin’s leadership will have on the children in our community, future generations of pediatric providers and our research program,” said David Chelmow, M.D., interim dean of VCU School of Medicine and interim executive vice president for medical affairs at VCU Health.

As chief of the Division of General Pediatrics at Vanderbilt, Barkin leads a team of 40 providers, a research team and a community-academic partnership that has launched more than 17 research projects to improve the health of children and families in community and clinical settings. She is a dedicated mentor to medical students and also maintains a clinical practice. Trained as a health services and health outcomes researcher, she is best known for conducting pragmatic trials in community and clinical settings, as well as addressing health disparities through public health interventions such as reducing childhood obesity and promoting youth violence prevention.

“CHoR is at an inflection point that has the potential to transform children’s health and health care in Virginia, and serve as a model for others,” said Barkin. “VCU and CHoR will advance the health of all kids across the lifespan by using the technologies of today and the tools of academia. It’s always about the people for me. What captured my excitement for VCU after 15 years of loving my work and colleagues at Vanderbilt, were the people and possibilities for innovation and impact. I see in VCU and CHoR the remarkable commitment of high integrity people who are ready to roll their sleeves up and do this work, and I look forward to supporting and building strong teams to do just that.”

Barkin has previously served as president of the Society for Pediatric Research, chair of the National Institute of Health’s Childhood Obesity Prevention and Treatment Research Consortium and led the Clinical and Translational Science Awards Child Health Oversight Consortium. She currently serves on the National Institute of Child Health and Human Development Advisory Council. Her top accolades include the Levi Watkins Jr. Award for advancing diversity and equity at Vanderbilt; election to the National Academy of Medicine, one of the greatest honors in academic medicine; Pediatrician of the Year by the Tennessee Chapter of the American Academy of Pediatrics; and the Academic Pediatric Association Research Award. Barkin received her medical degree from the University of Cincinnati and completed her pediatric residency at Children’s Hospital of Los Angeles and a Robert Wood Johnson Clinical Scholars fellowship in health services research at UCLA. Barkin joined Vanderbilt in 2006 from Wake Forest University School of Medicine.

“Dr. Barkin rose to the top in our national search for an innovative physician leader, and we’re thrilled to have her at the helm of pediatrics at CHoR. She’s mission-driven, community-oriented and will play a pivotal role in the continued advancement of children’s health at CHoR and across the Commonwealth. She’s deeply committed to supporting her physician colleagues and approaches this leadership role with respect, grace and a collaborative team approach,” said Elias Neujahr, president of CHoR.

As chair of the Department of Pediatrics and physician-in-chief of CHoR, Barkin will lead a faculty of more than 230 physicians across nearly 50 pediatric specialties. Her leadership will be critical in the opening of CHoR’s new inpatient and emergency tower scheduled to open in spring 2023 and its continued growth to expand the teams and programs that impact children’s health.

“Pediatrics is a top priority for VCU, VCU Health and our community. We’ve made a promise to our families, community colleagues and partners to be a preeminent children’s hospital for our region, the Commonwealth and beyond. I have no doubt we will deliver on our promise and much more with an enthusiastic, pragmatic and seasoned physician like Dr. Barkin leading the charge,” said Art Kellermann, M.D., senior vice president for VCU Health Sciences and CEO of VCU Health System.

In addition to her expertise in pediatric medicine, Barkin is also an accomplished professional dancer and music enthusiast.

About VCU and VCU Health

Virginia Commonwealth University is a major, urban public research university with national and international rankings in sponsored research. Located in downtown Richmond, VCU enrolls nearly 30,000 students in 238 degree and certificate programs in the arts, sciences and humanities. Twenty-three of the programs are unique in Virginia, many of them crossing the disciplines of VCU’s 11 schools and three colleges. The VCU Health brand represents the VCU health sciences academic programs, the VCU Massey Cancer Center and the VCU Health System, which comprises VCU Medical Center (the only academic medical center in the region), Community Memorial Hospital, Tappahannock Hospital, Children’s Hospital of Richmond at VCU, and MCV Physicians. The clinical enterprise includes a collaboration with Sheltering Arms Institute for physical rehabilitation services. For more, please visit vcu.edu and vcuhealth.org. 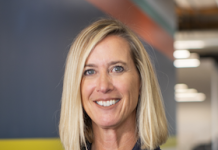 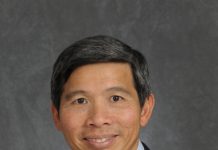 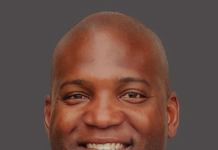