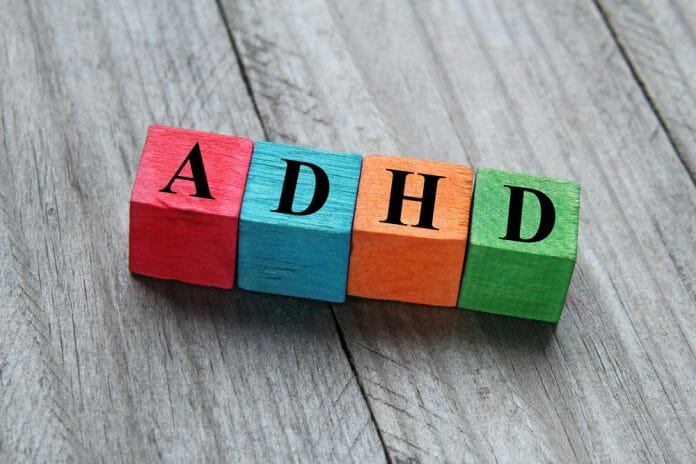 In most U.S. public school districts, children undergo mandatory hearing and vision screenings, which serve as indicators of potential issues that could impact their development and progress. According to the CDC, the prevalence of hearing issues in children is around 0.3 percent – whereas the prevalence of ADHD is anywhere between 5-10 percent.

While hearing and vision screenings are critical, as an ADHD specialist I can’t help but wonder – why aren’t we screening kids earlier in life for ADHD?

There’s some talk around mental health screenings…but no action

In April 2022, the U.S. Preventive Services Task Force issued a statement recommending anxiety screenings for children between the ages of 8-18. The pandemic revealed the immense toll mental health issues have taken on the younger population, and anxiety is the most common disorder among children and adolescents. But as research and my own personal experience have shown, anxiety, depression and other disorders are common comorbidities in patients with ADHD.

Though awareness is spreading around ADHD, and I am one of many pediatric professionals helping children get a diagnosis, it’s still common for many patients to go undiagnosed until adulthood. They often learn to cope with their symptoms early in life, opt not to seek medical help, or were misdiagnosed with another condition and did not question or doubt its accuracy.

Statistics show that those with undiagnosed ADHD are at a greater risk for poor educational attainment, substance abuse and incarceration, and a fivefold greater risk of suicide. What if we could standardize a way to pinpoint ADHD earlier in life to save these patients a great deal of struggle?

Prioritizing early intervention in ADHD cases could truly be a life-saving venture. To demonstrate, I’d like to elaborate on the story of a former patient of mine, named Christopher.

Christopher, now 12 years old, began experiencing a series of mental and behavioral health issues early in life. These issues resulted in his expulsion from two Pre-K programs, and his mother sought medical attention to get her son the care he needed.

Prior to visiting my practice, Christopher was seen by a host of other medical professionals and received varying diagnoses – high functioning autism, oppositional defiant disorder (ODD), and anxiety, to name a few. With these diagnoses came multiple treatment methods, most notably a variety of different psychotropic medications.

But none of these efforts seemed to help. For a brief time in his young life, Christopher was even institutionalized and experienced suicidal thoughts. It wasn’t until our visit, where Christopher received not only your typical evaluation with rating scales but the additional implementation of objective ADHD testing, that we confirmed the true cause of Christopher’s issues – ADHD.

Objective testing, a critical part of a comprehensive evaluation, is data-driven and evidence-based, comparing a patient’s results against others of the same age and birth gender who do not have ADHD. This presents a clear visual representation of the diagnosis, making physicians more confident and patients more receptive to both their diagnosis and treatment path.

Knowing Christopher was suffering from ADHD, we updated his treatment plan, reducing him to just one medication per day to manage his ADHD symptoms. We continue utilizing objective testing to track the effectiveness of his medication, and today Christopher is a happy, honor-roll student succeeding both in school and at home.

It’s not an exaggeration to say that his diagnosis saved his life.

If a child like Christopher had been screened for ADHD at school or by another clinician at an earlier age, he likely would not have had such difficult experiences. He is one of many children who would benefit from standardized ADHD screening for earlier intervention.

How can we get there? By leveraging, expanding and updating “existing ADHD screening in children to be more universal, across disciplines” and improving overall awareness. This statement comes from the ADHD Expert Consortium, in which I participated earlier this year.

This group, comprised of clinicians across disciplines who treat both children and adults, is calling for improved childhood screening through objective testing, which compares kids’ symptoms of those of the same age and sex for a more accurate look at symptoms. Objective testing takes just 20 minutes and would be highly beneficial in an academic setting to help determine, like hearing and vision screenings, if a child presents the signs of ADHD.

Through just one simple, computer-based test, we could impact the lives of children who may be silently struggling with ADHD.

Dr. James Wiley, MD, FAAP, of Focus-MD attended medical school at the University of Alabama School of Medicine and completed his residency at the University of Alabama School of Medicine, The Children’s Hospital of Alabama. He is board certified in Pediatrics. Dr. Wiley practiced general pediatrics at Dothan Pediatric Clinic in Dothan AL for almost 20 years before moving to Mobile in 2008 and founding Focus. He served as President of the Alabama Chapter of the American Academy of Pediatrics and is currently the District X Vice Chairperson for the AAP. He has been listed in America’s Best Doctors and America’s Top Pediatricians and was named Master Pediatrician by Children’s Health System. Dr. Wiley is married and has 3 college-aged children. He enjoys fishing and painting.