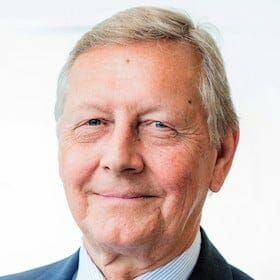 Dr. Ramsay assumes the role from former CEO, David B. Mayer, MD, who played a pivotal part in helping the organization launch the inaugural #UniteForSafeCare event. During his tenure, Mayer also introduced a new commitment model making it easier for hospitals and healthcare organizations to prioritize patient safety and was a driving force behind the call for a Patient Safety Moonshot.

“We are grateful for all of Dr. Mayer’s efforts over the past three years and believe that Dr. Ramsay is the right leader for this next chapter,” stated Ariana Longley, MPH, chief operating officer at the Patient Safety Movement Foundation. “The leadership, expertise, passion and global connections that Dr. Ramsay and Dr. Durkin bring to the organization position us well to achieve our audacious goals.”

“I am honored to be appointed as CEO,” said Dr. Ramsay. “The last year and a half has put a spotlight on the gaps in our healthcare system. I am excited to work in lockstep with the strong leadership and team at PSMF to forge partnerships that actively promote change, develop and disseminate patient safety education material and create public demand for safe and highly reliable healthcare.”

Prior to being named CEO, Dr. Ramsay was an early member of PSMF set up by Joe Kiani in 2012 and most recently served as chairman of PSMF since 2020. He brings extensive experience serving as chairman emeritus of the Department of Anesthesiology and Pain Management at Baylor University Medical Center in Dallas, Texas. He is also a professor at the Texas A&M Health Science Center and holds a clinical professorship in anesthesiology at the University of Texas Southwestern Medical School. Ramsay was president of the Baylor Scott and White Research Institute from 2000 to 2020, where the focus was on developing cancer vaccines and early cancer biomarkers. He is past director of anesthesia for the liver transplant program at Baylor and has personally provided anesthesia for over 1,000 liver transplant recipients. He has also held roles in numerous groups, including a current member of the Baylor University Medical Center board of trustees; past president of the the International Liver Transplantation Society, committee member of the United Network for Organ Sharing and a member of the American Society of Anesthesiologists committee on transplant anesthesia and “Failure to Rescue: Post-operative Respiratory Depression” workgroup of the PSMF. He was born in Dublin, Ireland, went to Brentwood School in the UK and trained in medicine at The Royal London Hospital. Ramsay was recruited by Baylor University Medical Center in Dallas Texas in 1976.

Dr. Durkin has been a member of PSMF since 2012 and is transitioning from vice chairman to chairman. Durkin brings 30 years of experience in medical management and leadership to his role with PSMF. He currently maintains positions as the visiting professor and senior advisor on patient safety policy and leadership of the NIHR Patient Safety Translational Research Centre at the Institute of Global Health Innovation at Imperial College London and as associate non-executive director at NHS Resolution. Passionate about patient safety, he played an integral role in the assembly of the Berwick Advisory Board in 2013 to advise on creating conditions to improve the safety of patients in England. Durkin was commissioned by the secretary of state for health to chair an expert advisory group that led to the establishment of the Healthcare Safety Investigation branch. He also headed the development of the Ministerial Inter-Governmental Summits on Patient Safety held in the UK (2016), Germany (2017), Japan (2018) and Saudi Arabia (2019). Outside of PSMF, he has served as the national director of patient safety for England’s NHS, executive medical director at Gloucestershire Royal Hospital and held successive executive medical director positions for England’s strategic health authorities culminating as the medical director of the NHS for the South of England supporting a population of 16 million people. Prior to these roles, he held attending, research and teaching positions in cardiovascular anesthesia and critical care at London, Yale and Bristol universities.

“I am honored to continue to work with the Patient Safety Movement Foundation in this role,” states Durkin. “We have made great progress but are now at a time when we must issue a call to urgent and sustained action for all patients and families as well as political and healthcare leaders, nurses, doctors, pharmacists and therapists of every dimension to continue to educate and empower others to help us reach our goal of zero.”

About the Patient Safety Movement Foundation: Each year, more than 200,000 people die in U.S. hospitals and more than three million globally as a result of unsafe care. The Patient Safety Movement Foundation (PSMF) is a global non-profit with a vision to eliminate preventable patient harm and death across the globe by 2030. PSMF unites patients, advocates, healthcare providers, medical technology companies, government, employers and private payers in support of this cause. From its Actionable Patient Safety Solutions and industry Open Data Pledge to its World Patient Safety, Science & Technology Summit and more, PSMF won’t stop fighting until it achieves zero. For more information, please visit patientsafetymovement.org, and follow PSMF on LinkedIn, Twitter, Instagram and Facebook. 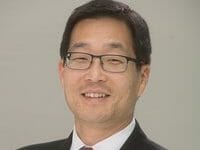 What Are The Latest Trends In The Canada Telecom Industry?