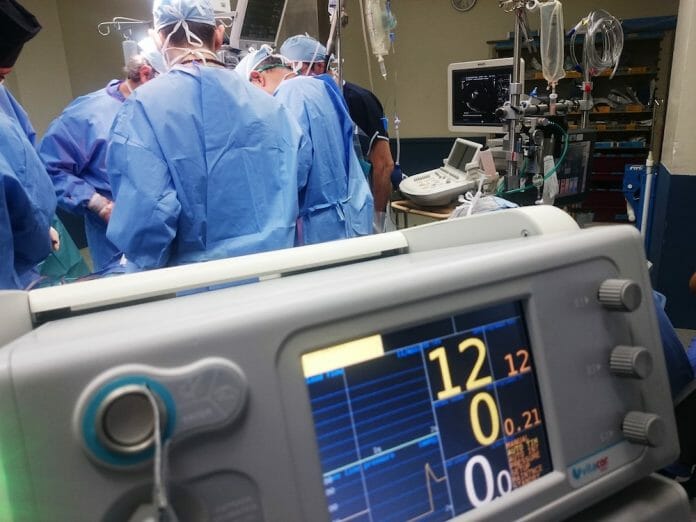 Every year, medical companies outdo themselves with innovations that improve our quality of life, and 2022 was no exception.

As we spring into a new year, we are looking back at some of the best medical devices of 2022.

They include a precise NG tube positioning system, a migraine relief nasal spray, a heart failure neuromodulation (nerve alteration) device, and a test that shows whether patients have sexually transmitted infections within 30 minutes of taking the test.

In a hospital setting, up to 5% of the feeding tubes inserted on an annual basis are accidentally placed in the lungs of patients, leading to a 30% chance of a collapsed lung or even death.

ENvizion Medical has developed an NG tube positioning system called ENvue. This device utilizes electromagnetic body mapping technology to assist medical teams in navigating a feeding tube as it passes through the nose of the patient to its destination in the stomach or small intestine.

The ENvue System generates a personalized visual map of each patient’s airways and upper GI (Gastrointestinal) tract, guiding the clinical staff throughout the entire feeding tube placement process. The ENvue system displays in real-time the tube location and orientation and alerts the clinician when the tube potentially enters the airway, which could be harmful to the patient. This technology enables clinicians to guide the feeding tube safely past the airways and into the stomach or small intestine.

Clinical trials have demonstrated a high agreement (96.5%) between the ENvue System and X-rays taken after NG tube positioning, potentially reducing the need to perform repeated X-rays to confirm the tube’s position.

Every year, around 35 million feeding tubes are inserted worldwide in critically ill patients who are unable to eat or swallow by themselves. Navigating the NG tube to the desired location in the gastrointestinal tract with technology like ENvue is crucial, as misplaced feeding tubes can cause serious complications.

The ENvue System ensures that patients who are unable to eat or swallow on their own receive nutrition in the safest way known to the healthcare system, to date. ENvue aims to reduce the percentage of feeding tube misplacements and is available commercially in the US since receiving FDA clearance in February 2019.

It is estimated that more than 10% of people all over the world suffer from migraines, and while there are plenty of over-the-counter painkillers and prescription drugs for treatment, none of the medications can relieve the pain for long periods of time.

This is where Impel Pharmaceutical’s Trudhesa comes to the rescue. The drug-device combination, which was FDA approved in 2021, reduces migraine pains for two days.

Trudhesa delivers medication as a nasal spray through the nose to treat migraines. Within 15 minutes of a spray, the painkiller medicine Dihydroergotamine Mesylate starts working.

As a nasal spray, the medication is quickly absorbed into the blood through the upper nasal space.

The medication also passes the gut, paving the way for consistent pain relief without the need for an infusion or injection.

Trudhesa not only relieves pain for two days, but it also works faster than oral medications, such as pills.

Furthermore, while oral medication often needs to be taken within an hour of when the migraine attack starts, clinical trials have shown that Trudhesa reduces migraine pains even when taken hours into an attack.

The implantable device stimulates baroreceptors, which reduces the heart’s workload and helps it pump more efficiently. As a result, it relieves symptoms of heart failure.

Barostim Neo is also an option for patients who suffer from symptoms of heart failure with reduced ejection fraction, where the prescribed medication is not enough for them to return to a comfortable life.

Untreated sexually transmitted infections (STIs) can lead to infertility or birth defects. While patients who have been tested for STIs often have to wait several days to get a result, they can transmit infections such as chlamydia and gonorrhea to others in the meantime.

However, when using Visby Medical’s Sexual Health Click Test, the waiting time is significantly shortened. In less than 30 minutes, the all-in-one test shows whether a patient has chlamydia, gonorrhea, and trichomonas.

This means the patient can get the test result while visiting their doctor. After getting the rapid result, the patient can start treatment immediately if found positive for an STI.

Visby Medical has chosen to test for chlamydia, gonorrhea, and trichomonas as they are the most common pathogens that lead to contagion and permanent damage to women’s reproductive system, if they are not treated.

Clinical trials have proven the Sexual Health Click Test to be about 97% accurate in detecting the three STIs.