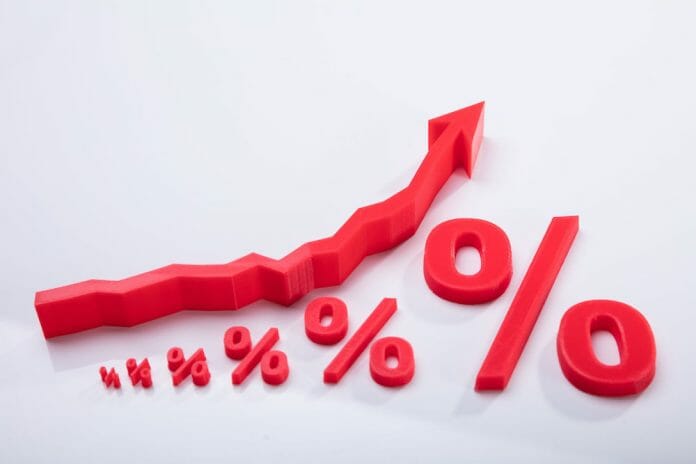 Health care services deal activity has cooled to its lowest levels since the pandemic began as operators and investors focus on organic growth amid rising interest rates and heightened deal multiples brought on by the late 2021 dealmaking frenzy.

According to Pitchbook data, health care services deal volume fell in the first quarter of 2022 to $5.3 billion invested across 203 deals, down from $12 billion invested across 394 deals in the fourth quarter of 2021. RSM estimates 2022’s second quarter will end with even fewer deals (140), although higher capital invested ($6.3 billion) than the first quarter.

Note, the chart above excludes the $34 billion leveraged buyout of Medline Industries Inc announced in the third quarter of 2021.

The impact of valuation multiples and interest rates

Increasing valuation multiples and interest rates are a primary factor driving the slowdown in activity and investment spend. Increased investor demand for health care organizations and assets has increased multiples paid for acquisitions. At the same time, financing these deals is becoming more expensive as the interest rate environment becomes less accommodative.

Valuation multiples are essentially a price, and like most prices are governed by the laws of supply and demand. If demand increases or remains flat while supply decreases, for example, multiples will increase. As more investors chase fewer companies in which to invest, the prices to acquire those companies (generally expressed as a multiple of EBITDA) increase.

Health care services saw an impressive run-up in deal volume (count) even before the pandemic began. According to Pitchbook data, 2019 saw 787 health care services deals, a 66% increase over activity levels in 2015. Last year, the height of the current deal frenzy, deals further increased to 1,243, an increase of 58% over 2019 and 163% over 2019.

This consolidation activity represents a decrease in supply and thus has pushed multiples up across almost all subsectors within health care services. Primary care, dermatology, behavioral health and home health, for instance, have experienced heightened multiples. In other words, a primary care practice that may have sold for 8x EBITDA in 2019 may have sold last year for 10 x or 12 x EBITDA, for example.

Financial buyers, like private equity sponsors, generally rely on improving an acquired company’s EBITDA and improving the multiple at which the company can sell, in order to create a return for the sponsor’s limited partners. For example, a sponsor might purchase a health care provider with $20 million of EBITDA at a 6 x multiple and then over the course of several years, increase EBITDA to $40 million and sell the provider at an 8 x multiple.

In the current environment, multiples have been driven to near record levels by the increased amount of deal activity. Now, many sponsors and other investors are more cautiously approaching deals, concerned that multiples will not improve between now and when that investor would look to exit.

Not only are multiples high and lacking in upside, interest rates will increase and make deals more expensive to finance. The Fed raised rates by 50bps at its May meeting and, as of this writing, financial markets are pricing in 50 basis point hikes at its next two meetings. These same markets are predicting that one year from now the policy rate will increase to 3% from its current range of 0.75% to 1.0%.

As the policy rate increases, so too will corporate debt rates. We have already seen over the last month the yields on BBB health care corporate debt (a good proxy for private debt financing costs) increase 50 to 80 basis points across the curve, as financial markets began to anticipate more rapid federal rate increases.

While small increases in rates are unlikely to deter dealmaking, large increases will. For example, if a private equity sponsor bought a company and financed the deal with a four-year term loan of $25 million at 8%, it would pay $4.3 million of interest over the life of that loan. If the rate increased by 245 basis points, consistent with money market estimates, to 10.45%, the total interest paid increases to $5.7 million—a 33% increase. The way the Fed policy rate affects debt prices is more complex than this simple example, but the outcome is clear: higher rates mean more expensive deals. This will be especially true if interest rates increase as aggressively as the financial markets are predicting.

Strategic investors have also signaled they expect fewer acquisitions in the coming months. During the most recent round of earnings calls, which mostly wrapped up as of this writing, executives at large, and publicly traded health care providers spent more time explaining organic growth strategies: de novo opening of new locations with a focus on improving same store sales. While companies don’t generally share specifics about future dealmaking, they were noticeably quiet on the topic during this last round of quarterly reporting.

So far this quarter we have already seen two large health care deals announced. We will likely see more large deals announced as the current environment winds down. Such large deals being announced are lagging indicators, however. These deals were in the works for months and are not reflective of the slowdown we will experience over the next few quarters. Valuation multiples, the interest rate environment and public company comments are the better indicators of where deal flow is heading for the health care industry.

Healthcare Payor Trends to Watch in 2023