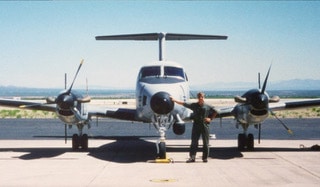 Serving our country is meaningful for Intraprise Health, especially for those employees who have served in the U.S. military. As a healthcare focused IT security firm, located in Yardley, Pennsylvania, Intraprise Health relies on its strong core of veterans to navigate the ever-changing cyber-security landscape.

These veterans have served domestically and internationally, experienced historical global events and met people from other cultures. And they’ve learned lessons they use every day at Intraprise Health.

Intraprise Health’s Chief Operating Officer Neal Pason served as an aviator and military intelligence officer for the U.S. Army. During his 11-year stint, he was primarily stationed in Europe, including Germany, Hungary, Bosnia and Herzegovina and Italy. He participated in Operation Joint Endeavor, Joint Guard and Joint Forge, where he performed aerial human, signals and electronic reconnaissance missions.

And while these days Neal’s not in the literal pilot’s seat, he is at the helm guiding Intraprise Health, using skills he learned during his service.

“As a pilot I developed multi-tasking, time management, problem solving and adaptability skills, all of which I use here at Intraprise Health,” he says.

“Additionally, as a military intelligence officer, I developed my technical skills in the realm of secure networking and communications, handling sensitive equipment and information, which have all come in helpful in my work in both IT and cybersecurity.”

Intraprise Health’s Vice President of Business Development, Dennis Gallagher, was an electronic warfare technician in the Air Force. After training and school, he worked on B-52’s electronic warfare systems. In June, 1989 he was moved (PCS in military parlance) to Spangdahlem AB in what was then known as West Germany, where he supported the mission of the Wild Weasels, specifically the F4G. He deployed to Incirlik AB in Turkey in support of Desert Shield and then Desert Storm. He left the military to pursue his education.

“It was a fascinating time to be in Germany, before, during and after the fall of the wall!” he recalls. “Speaking of the Wall, I saw Roger Waters perform “The Wall—Live in Berlin”—held in July 1990 to commemorate the fall of the Berlin Wall 18 months earlier—live with 400,000 other people in Potsdamer Platz, Berlin. Amazing!”

Dennis says he regularly uses the humility he learned in the military at Intraprise Health. “I’m honored to work with so many former military members here at Intraprise Health,” he says. “Interestingly enough though we do not commiserate on ‘War Stories’ all that often — we should. Hindsight being 20/20, joining the Air Force was one of the wisest life decisions I’ve ever made. If I could do it all over again I would.”

Ryan Patrick, Intraprise Health’s Senior Vice President of Security, says he learned all of his foundational security and leadership skills from his time in the military, where he’s served as enlisted Light Infantrymen, Armor Officer and Signal Officer. “I learned the value of a good work/life balance,” he says. “The military taught me that you can’t be ‘fighting’ a battle at work and at home so it’s important that you look out for your colleagues and ensure they are getting enough family time so they can be productive and focused while at work.” He says his best memory of the military is “seeing my soldiers excel during combat and training missions. They fought for each other.”

When asked what skills he picked up in the military that help him professionally today, Ralph Arcaro, Intraprise Health’s CFO, joked, “Well, I wasn’t exactly the CFO of my submarine—those $40 nuts and bolts would have driven me crazy! I think the most important skill I learned was how to lead your subordinates while still recognizing how much more they know than you.”

“I credit the Air Force for teaching me the majority of the management and leadership skills I use every day,” says Tim Denis, Intraprise Health’s Chief Technologist. “I also learned the value of effective communication and attention to detail when planning and accomplishing a mission.”

Service runs in the family

For several Intraprise Health employees, military service was a family affair. Ralph’s father was a draftee in the 1950s who had three brothers in World War II—two of whom made it home safely. “I have my grandmother’s Gold Star plaque,” he says.

Dennis’s father served in the Navy during the Korean War.

Ryan’s father served in the U.S. Marine Corps as a communications technician in the late 1960s.

Jim’s father was a Russian linguist in the Army during the Korean War.

Rob Sweeney, Senior Technologist at Intraprise Health, had a brother and father in the Navy and his grandfather was also a World War II veteran. Rob is also one of several ROTC-involved staff.

Jim joined the military on an Air Force ROTC scholarship.

Tim also joined the military on an Air Force ROTC (AFROTC) scholarship. Tim’s youngest daughter is in AFROTC, studying nursing at the University of Pittsburgh.

Neal’s daughter, McKenna, is a recent ROTC college graduate and commissioned Second Lieutenant Officer in the U.S. Army, serving on active duty as an Ordnance officer.

Sometimes a little levity helps, too.

“Tough situations can be made a lot better with humor,” Information Security Consultant Tyler Vasbinder says of the lessons he learned in the military. “Always look for the funny side.”

Principal Software Engineer Jim Burris says, “Learning to lead, follow and triage any situation to determine what’s actually important are invaluable.” He adds that teamwork is “huge.” “It is more important the whole team succeeds than any one person’s individual accomplishment.”

Chief Financial Officer Ralph says, “As one of the few (only?) Navy guys in a company full of Army and Air Force, I tell sea stories all the time. I’m quite certain everybody loves them.”

Senior Technologist Rob says those who have served the military bring assets to an organization. “Military people are generally easier to work with,” he says. “They have no ego and simply pull on the oar that needs pulling without complain. They generally care about the mission first but the people always.”

(Speaking of humor, CFO Ralph says, “I love the ‘pulling on the oar’ metaphor coming from an Army guy…”)

And Principal Software Engineer Jim Burris took the chance to add a good natured jab: “I agree with Rob, you do what is needed to get the mission done. I’m not sure about the oar metaphor, though. It makes me feel like I’m in the Navy and who in the world would want that!”

Serving the country is an honor

“I am always impressed and humbled when speaking with others that have served,” Neal says. “There is always a sacrifice, to some degree, that one needs to make when serving. It is that sacrifice that creates lasting memories, both good and bad, as well as an implicit trust among those who have served.”

Ryan adds, “I feel privileged to be serving my country, to be a considered a veteran, and to be among some of the finest men and women that this country has ever produced. Today, the military represents less than 1% of the population in the US. Connecting with other veterans is special—there is an immediate connection and shared understanding. Happy Veteran’s Day!” 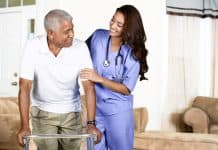