Medical Malpractice: Do You Have Grounds for a Claim? 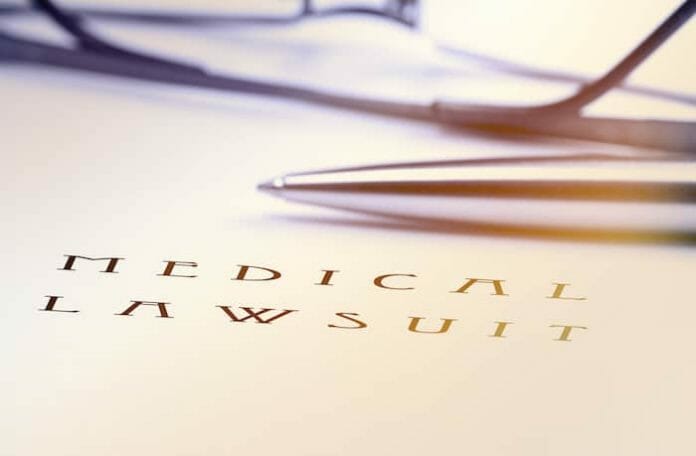 In the US, medical errors result in an estimated 210,000 to 440,000 deaths every year. This makes such mistakes the third primary cause of death in the country. Heart disease and cancer are the first and second leading causes of fatalities in the nation.

With so many of these errors happening, it’s no wonder that a third of physicians have dealt with a lawsuit. The rate is also higher among older medical practitioners. Patients have sued almost one in two physicians aged 55 or older.

Either way, physician errors often involve some form of medical malpractice. In such cases, the law can hold medical professionals liable for the harm they cause to patients.

However, there are grounds that a claim must first meet for it to be a valid malpractice case. We’ve outlined these “factors” below, so be sure to read on, especially if you’re thinking of filing a lawsuit.

What Is Medical Malpractice?

In the US, healthcare expenses cost consumers an average of more than $11,000 a year. As such, patients expect doctors to provide a certain quality of care. They trust their healthcare providers to help them feel better and become healthier.

There are; however, cases wherein physicians deviate from the expected standard of care. Medical malpractice occurs if this deviation causes harm or injury to the patient. In this case, the patient can hold the medical professional legally responsible.

Physicians aren’t always liable for all the harms and injuries patients sustain, though. That’s why medical malpractice laws are also stringent and vary from state to state.

Let’s use the laws in Illinois, as explained by Curcio Law Offices, as an example. Doctors here must follow the standard set by the local medical community. Therefore, malpractice only occurs if a doctor departs from this local standard.

For a medical malpractice claim to be valid, it must meet at least three considerations. If it lacks either of these three, there may not be a case at all.

With that said, here are the three vital grounds for medical malpractice lawsuits.

Failure to Meet the Standards of Care

Health care professionals have the legal responsibility to adhere to certain standards. This includes complying with acceptable medical treatments for certain circumstances.

All patients have the right to expect doctors to deliver care that meets these standards. If the law determines otherwise, then it may establish such doctors to be negligent.

A medical malpractice claim can only be valid if the patient suffered from harm or injury. This harm or damage must also be a direct result of a physician’s negligence. As such, even if the doctor was negligent, but no harm occurred, there won’t be a case.

A malpractice claim can only be valid if the doctor’s negligence led to severe damages. For example, the patient must prove that their injury caused them to develop a disability. They may also pursue a claim if they suffered from loss of income or unusual pain.

A claim may also be valid if the patient can prove that their injury led to significant medical bills. The same goes if they can provide evidence that it will cost them even more in the future.

Suffering and hardship may also be grounds for a lawsuit, but not all courts may accept this.

Examples of Medical Errors and Malpractice

Some cases of medical malpractice are easy to prove, such as if a surgeon leaves items inside a patient. Other examples of apparent mistakes are operations carried out on the wrong part of the body. Improper, incorrect, or unnecessary surgery may also be grounds for medical malpractice claims.

Premature discharge from the hospital or incorrect diagnosis can also constitute malpractice. The same goes for failure to act upon laboratory or medical findings. A wrong medication or dosage prescription that causes severe harm can also be a valid reason.

Except for obvious mistakes, most cases of medical negligence are difficult to prove. The defendants can also claim that the injuries stemmed from known complications. Many others may argue that the resulting injuries were simply unavoidable.

As such, it is advisable for patients to consult with a medical malpractice attorney. These lawyers can review the case to determine right away if the plaintiff has a valid claim. The term “plaintiff” refers to the patient who wants to sue a healthcare provider.

In addition, an experienced medical malpractice lawyer often evaluates cases for free. This should be enough incentive for you to seek the help of such a legal professional. Besides, in doing so, you may be able to know right away if it’s worth to sue a doctor.

Wherever in the US you may be, there are limits for filing a medical malpractice claim. These are the “statute of limitations” that all states implement. In most typical cases, the clock starts from the time you discover the injury or the harm caused by the doctor.

The laws vary from state to state, but in general, the shortest deadline is one year. Furthermore, the law often distinguishes between “the act” and the time of discovery.

Either way, you must file your claim within this period, lest you want your case to become invalid. If time runs out, you may no longer be able to sue the offending healthcare provider.

A lawyer can help you determine if you have a valid claim right away. If you do, the attorney can also help you build and establish a stronger case. The most important thing is not to delay filing your lawsuit.