Medicaid Trends to Watch in 2019 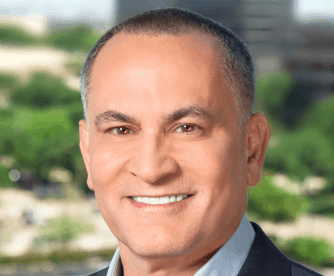 It’s been a tumultuous year for the healthcare industry. Looking ahead we can expect to see some issues beginning to resolve, while others continue to create challenges.

Medicaid providers and payers have a renewed focus on providing better customer service to patients, and this trend is likely to continue.

Patients on both Medicaid and commercial insurance plans now pay more out-of-pocket for their care, and as a result have higher expectations from providers and payers. They are more willing to shop around until they receive good value and service.

Another driver of this shift is the expanding competitive landscape. Big Tech players such as Apple, Amazon and Google sister companies Verily and Cityblock are planning some serious disruption in the healthcare space. As their solutions begin to enter the market, existing providers and payers will be under increased pressure to improve  patient satisfaction and provide better customer service.

Current fee-for-service and capitated plans are paid based on the volume of services provided, whereas VBP rewards improved patient health outcomes and disease avoidance.

The potential benefits are great. Patients can spend less to achieve good health, because there is an increased focus on big-picture outcomes rather than treatment of a specific symptom. It’s cheaper in the long run to help a patient avoid a chronic disease that they may be at risk of developing than it is to treat that disease over their lifetime if they don’t avoid it.

The focus on quality rather than quantity increases engagement with the patient which has a beneficial effect on outcomes.

There is great interest in the model, but it’s not been without its growing pains.

Among the issues with VBP:

In order to realize benefits from VBP, providers will need to:

There will still be a few bumps in the road ahead as this transition takes place, but eventually VBP may well deliver a more effective and efficient patient-centric healthcare system.

The 39 states that use the federal Healthcare.gov website to enroll citizens in plans saw an average premium decrease of 0.83%. Nineteen states saw a decline in average premiums, 13 had small increases of between zero and five percent, and six (including Washington DC) experienced double-digit increases. Vermont saw the greatest increase with 23.17%, while in Tennessee average premiums decreased 26.24%.

As a comparison, premiums in many states have risen between 100% and 200% since 2014. Some argue that the arrest of skyrocketing premiums is a result of the current administration’s efforts to roll back provisions of Obamacare, including the individual mandate, and the expansion of short-term plans. The Kaiser Family Foundation, however, proposes that these actions actually increased premiums, and the decreases are due to other factors.

The primary reason may be that the large increases seen since 2014 have simply made the plans profitable enough for the insurers that they can afford to reduce the premiums. Kaiser research indicates that without the administrations changes to the ACA, premiums would have, on average, dropped 16% more than they did.

These issues are going to engage and challenge providers, payers, social services and patients in the coming months. The political environment with a split House and Senate may create additional uncertainty and turbulence, or it may result in gridlock that halts any additional changes to the ACA and other healthcare programs. Despite the split Congress, with healthcare cited as the number one issue on voter’s minds, it’s imperative that all stakeholders work together to create a viable healthcare system for all.

Bill Lucia has served as chairman, president, and chief executive officer of HMS since March 2009. He joined the company in 1996 and continues to lead HMS through the evolving healthcare landscape, demonstrating the ability to formulate and implement key strategic initiatives.

Why Medical Clearance Is Really a Preoperative Evaluation