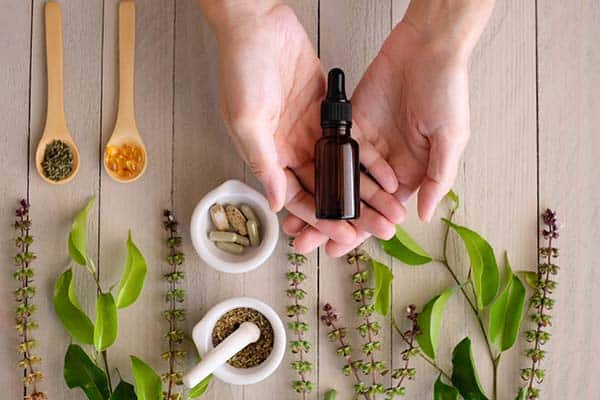 Derived from the cannabis plant, CBD is a compound which will not get you high like its sister cannabinoid THC. However, this is not where the story ends.

CBD is known to interact positively with the body’s endocannabinoid system; the system which is responsible for a broad range of bodily functions, including sleep, appetite, memory and metabolism.

The cannabinoid is also known to have significant anti-inflammatory, analgesic and antioxidant properties, leading to a large body of research into its potential use in the treatment of a wide range of chronic autoimmune and neurological diseases.

While we are all probably aware of the success of CBD in treating epilepsy and relieving chronic pain, here are a few more diseases and disorders that early research suggests that it may be capable of treating.

The endocannabinoid system is today thought to play a significant role in the cravings experienced as part of substance withdrawal. Since CBD acts directly on this system, helping to balance receptors and neurotransmitters, hope is mounting that it may be able to help people with addictions to drugs like nicotine, alcohol and opiates beat their illness.

As a result of numerous studies which have pointed to the potential for CBD in cases of addiction, rehabilitation centres across the USA have shown themselves willing to trial it as a form of holistic detox with varying degrees of success.

Often the result of misusing psychotropic drugs, psychosis is a mental illness that manifests in false beliefs, paranoia and sometimes hallucinations. It is estimated that 3 percent of us will have a psychotic break at some time or other in our lives.

Treatments for psychosis range from antipsychotic drugs to psychotherapy, but the majority of people are able to resume a normal life again after a few weeks or months. New treatments are constantly being trialed, and a new study has recently suggested that CBD may help to prevent people whose brain chemistry means that they are at high risk from developing psychosis by normalizing dysfunction between brain regions.

CBD is known to be a powerful antioxidant and antimicrobial. It also has significant anti-inflammatory properties, which has led to a newly buoyant market in CBD skincare products. Applied topically in the form of a cream or ointment, CBD has been shown to be effective at treating acute cases of acne, psoriasis and eczema. Taken orally, there is good evidence to suggest that CBD can help to prevent outbreaks in the future.

Crohn’s disease is an inflammatory bowel disease that cause swelling of the digestive tract. The disease can causes severe and debilitating symptoms such as abdominal pain, fatigue, severe diarrhea, weight loss and malnutrition. There is currently no cure for the Crohn’s, and medical treatment tends to consist of a trial and error approach of drugs which aim to reduce inflammation.

A series of new studies have recently emerged which suggest that CBD may be highly effective at reducing inflammation in the gut suffered by people with Crohn’s disease. This will be music to the ears of people who have lived with the disease without achieving much success through conventional medication treatments.

Seeing as CBD is known to reduce inflammation (diabetes is an inflammatory disease) and neuropathic pain (people with diabetes commonly suffer from neuropathy), it would seem to make sense that the cannabinoid would be able to alleviate some of the symptoms commonly experienced by diabetes sufferers.

Although most studies into the efficacy of CBD treatments for diabetes have been on mice or rats, research has thrown up some promising results so far. It has been found that CBD can help to reduce neuropathic pain, regulate glucose levels and cholesterol, increase insulin production and lower the risk of developing diabetes in the first place.

When it comes to research into the possible health benefits of CBD, what we know so far may only be scratching the surface of its potentiality. Luckily, CBD oil is widely available for purchase worldwide with many choices available. We are sure to find out a lot more as the years go by, but for now, we can look forward to taking advantage of CBD for the conditions that we know it is effective against.

4 Reasons Why More Nurses Should Move into Foster Parenting