Is Weed Legal in Canada? 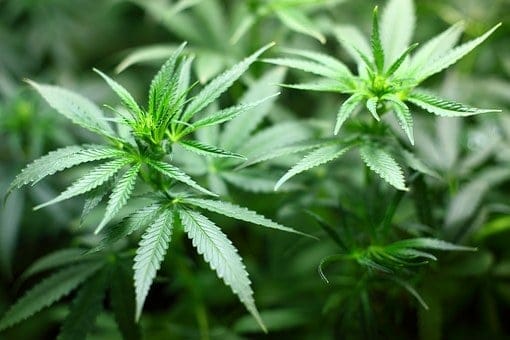 Back in October of 2018, Canada passed legislation that legalized the recreational use of cannabis for all people in Canada. This made the nation of Canada only the second in the world to fully legalize the use of recreational cannabis, after Uruguay. This change also made Canada the largest and most industrialized nation to legalize the recreational use of a previously prohibited substance and thrust the northern nation into the forefront of global cannabis culture.

But what does this change mean for the average Canadian, and visitors to Canada? How comprehensive is the legislation? Can anyone in Canada legally purchase and consume cannabis and cannabis products? Here, in this quick guide, we are going to deep dive into the Canadian cannabis laws, and clarify some of the legalese and regulations to help more Canadians, and visitors to Canada, enjoy cannabis and cannabis products safely and legally.

The Canadian Cannabis Act of 2018

When the Canadian Cannabis Act of 2018 first passed, many long time campaigners rejoiced as their hard work and dedication had finally decriminalized and legitimized the consumption of cannabis for all Canadians. The small print of the Act, however, left some feeling there was still work to be done.

The legislation placed restrictions on the amount of dried cannabis that a person could legally possess and excluded edibles and other cannabis-derived products. It also left some ambiguity related to growing your own cannabis, something that many campaigners had long argued for. Eventually, the legislation gave way to a standard that allowed the possession and use of edibles and other cannabis products but only to the equivalent dosage of dried, herbal cannabis.

When the smoke cleared, so to speak, many Canadians took a sudden interest in recreational cannabis use and Canada suffered a supply and demand problem. There simply was not enough legally grown and distributed weed available to satisfy the surge in demand. This problem still persists to this day, though to a lesser extent as more and more legal growers and dispensaries are certified and then open for business or you can also buy weed online.

How is Legal Weed Regulated in Canada?

Though recreational weed use has been legalized in Canada, its use is still under some restrictions much like alcohol, tobacco, or firearms.

Canadian provinces have the authority to set age limits on cannabis purchases in their areas. Throughout the majority of Canadian provinces, you must be 19 years old or older to legally buy a cannabis product or dried cannabis herb. Quebec initially set their minimum age at 18, but a subsequent Quebecois government raised that age to 21, which is the highest minimum age limit in all of Canada. The sale of cannabis to someone below the minimum age limit set in their province is a federal crime that is punishable with up to 14 years in prison for each instance.

The purchase of cannabis is limited to an amount of 30 grams or less. Cannabis products like edibles must also adhere to this regulation, and sales of edibles and other cannabis products cannot exceed an equivalent to 30 grams of dried cannabis. This 30-gram limit also applies to the possession, distribution, and transport of cannabis by consumers.

Can You Grow Your Own Cannabis?

The legal right to grow your own cannabis was a big part of the long campaign for legalization, and many campaigners were arguing for this right.

This right was left up to Canadian provinces to regulate, much to the disappointment of many long term cannabis campaigners. Most provinces allow the cultivation of up to four plants per farm or home for personal use, though it is worth noting that the provinces of Manitoba and Quebec are banning personal cannabis growing.

In provinces where personal cannabis cultivation is allowed, it is still tightly regulated. The cannabis grown must be for personal use, not for sale, and cannot be grown in a ‘prominent’ location, for example in a front yard, near a fence in a back garden, or in the view of windows in the home. Failure to follow these regulations may result in a $5000 fine.

Tourists visiting Canada are under the same legal regulations as Canadian citizens when it comes to the purchase and consumption of cannabis. They can even grow cannabis during their stay, as long as it is in line with their provincial legislation.

Cannabis Tourism is a fast-growing industry in Canada, with many people from around the world visiting the country to enjoy a legal cannabis experience. In the coming years, cannabis tourism and cannabis itself may become a larger and more important part of the Canadian economy.

Cannabis has been legal to buy and consume recreationally in Canada since 2018. Since then, legal dispensaries have slowly grown in number and begun to offer Canadians across the country access to safe, legal, recreational cannabis and cannabis products. Hopefully, this quick guide has given you the information and clarification you needed to try some for yourself, safely and legally.