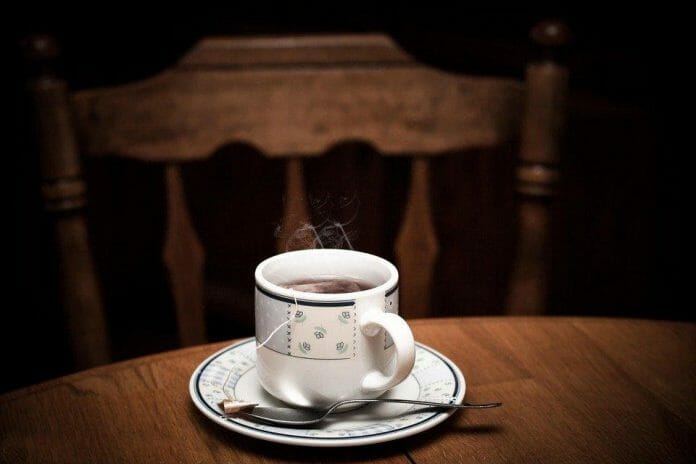 Coffee or tea? Which one is better? This is the trendiest question around the globe. At every business meeting or meeting with friends, the same question is asked immediately after the greeting. A shared hot drink is a simple part of the good tone of every host and helps the visitors to feel welcome. The tea drinker likes it milder and often points out that his drink is probably healthier. When it comes to health, mountain tea also comes with brilliant taste. But what is the reality here? Is coffee or tea better for us?

Coffee or tea: the eternal rivals

Coffee lovers do not drink tea, and tea lovers mostly do not like coffee. For the majority of the world, this assumption is true! Although much more coffee is drunk than tea worldwide. According to a study by Euromonitor International, many countries clearly categorize themselves as coffee or tea fans. If you put the whole thing geographically, our world is divided into two groups, tea lovers and coffee lovers.

Coffee or tea drinkers? A question of culture

Tea is loved even more in many Asian countries, especially China, India, Japan, and Indonesia. There are many tea plantations there! Sometimes, there are even tea houses and a ritual tea ceremony. In Egypt and Turkey, tea is part of everyday life rather than coffee.

It is much more surprising that the question of “coffee or tea” does not arise in many countries. The consumption of both per capita is relatively similar. You can find flexible coffee and tea drinkers in Australia, New Zealand, Poland, Belarus, Canada, and Argentina. Perhaps it is because there are no major coffee or tea growing areas in these countries. Moreover, what hot drink comes on the table depends solely on your mood, a coffee or tea?

According to JIale Coffee, coffee is most widely consumed in the Scandinavian countries, Greece, Turkey, Argentina. In Russia, Belarus, and Kazakhstan coffee is a favorite drink only in the evenings. Usually people start the day with tea or milk.

The coffee-to-go mentality is typical of many modern coffee drinkers. For a quick caffeine kick, you just get a mug with the black gold before work or during the break on the go. Environmentally conscious trendsetters use a pretty and reusable coffee mug for their coffee to go. A “tea to go” is hardly required in coffee shops. So coffee drinkers seem to be a little more “on the go”, while tea drinkers are considered the more relaxed contemporaries.

At the same time, the image of a cozy tea drinker is maintained. The expression “wait and see and drink tea” already indicates this. Having a cup of tea clears up problems and calms your nerves. For connoisseurs, enjoying a cup of tea is considered a relaxing and meditative state. Drinking coffee can also be deliberate if you brew a nice cup by hand. And even in Ayurveda, coffee is known as part of a spiritual whole!

Does coffee stimulate us?

Caffeine indeed has a stimulating effect on the nervous system; it makes you awake and even a little addictive. Some make you more, and some make less – these are just a few effects of coffee. So yes: Thanks to caffeine, “coffee junkies” are always on the alert, especially when there is a lack of sleep. Try your homemade espresso it does something well, especially in the morning.

Coffee drinkers are more dependent on their favorite drink than tea fans. In a survey, almost half of all participants stated that they would rather survive without the smartphone than the cup of coffee they loved. Wow, that means something!

Coffee or tea: a basic comparison

The division of the world population cannot answer the question, whether coffee from Lava Lei or tea is “better”. Nevertheless, you can try to compare coffee and tea using different criteria. However, there is absolutely nothing wrong with the prejudice that only coffee contains a lot of caffeine! Other foods also contain caffeine, such as cocoa and cola. Besides, tea can stimulate almost the same as tea.

What is healthier: coffee or tea?

For coffee fans, we have already discussed that coffee is not as unhealthy as some might think. But on the contrary! According to the research, both coffee and tea are major beverages. There is an extent to which they can have a positive effect on a certain amount of consumption – indications are also investigated. Of course, they cannot replace a healthy lifestyle. But here are a few examples of what coffee and tea contribute to medicine.

Does coffee or tea strengthen the immune system, heart health, and brain?

First research: Various studies have reported that the theanine contained in tea can strengthen the body’s defense cells to fight against bacteria and viruses. Perhaps, this is also a reason why we like to drink certain types of tea with honey and lemon as a home remedy for cold. Comparable substances are not contained in coffee, but scientific research has also considered caffeine in autoimmune diseases. It works effectively on the autoimmune system.

Third research: Researchers are studying the hypothesis that coffee consumption may be related to the risk of developing neurodegenerative diseases. These neurodegenerative diseases include Alzheimer and Parkinson. For coffee fans, we have already discussed that coffee is not as unhealthy as some might think. But on the contrary! According to the research, both coffee and tea are major beverages. There is an extent to which they can have a positive effect on a certain amount of consumption – indications are also investigated. Of course, they cannot replace a healthy lifestyle. But here are a few examples of what coffee and tea contribute to medicine.

For a long time, people believe that coffee contributes to the development of tumor cells. The International Agency for Research on Cancer (IARC) and the cancer research unit under the World Health Organization (WHO) have acquitted the coffee of its negative image. The team had viewed and summarized over 1,000 studies that coffee consumption and carcinoma in the digestive tract cannot be linked. You should not drink it too hot to avoid cell changes in the esophagus – this applies to all food and beverages from the oncologists’ point of view. Today, modern cancer research is even researching how coffee can help to protect organs against cancer.

Moreover, old green tea has also attracted attention in oncology. In green tea, researchers are investigating the positive effects of epigallocatechin gallate (EGCG). It is speculated to what extent this phytochemical could have cell-protective properties in the fight against various types of cancer. There is initial evidence that EGCG inhibits cancer cell growth by blocking enzymes and preventing tumors from metastasizing.

What makes you more beautiful: coffee or tea?

Of course, beauty is a gift. Everyone wants to look beautiful. Coffee stimulates the metabolism. On top of that, some coffee drinkers swear that their favorite drink cheers them up. Thanks to the caffeine. It contains ingredients which can be beneficial to mental exercise and physical exercise. Chlorogenic acid in green coffee has very controversial results. There is a lively discussion as a “weapon” in the fight against pounds. Tea can also get involved in this discipline because green or black tea is said to have similarly positive effects.

Take your time enjoying tea and coffee. Nobody can refuse a cup of honor, and it always tastes better than To Go!

Let your guests choose what they want to have – a cup of coffee or tea. Whether coffee or tea, both are beneficial. What you prefer is always a matter of taste in the end!