How Does Gene Therapy Work? 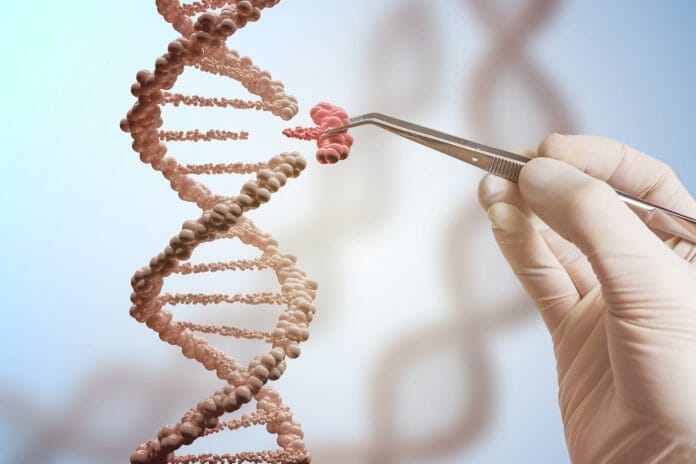 The advancement of medical science and technology has allowed the field of medicine and genetics to explore ways to remedy genetic disorders and rare diseases that affect millions of people worldwide.

This has given way to gene therapy, a still-developing treatment that has the potential to drastically change healthcare in the long run. It’s beneficial for individuals and families susceptible to potential genetic disorders to understand what this therapy encompasses.

Here’s an in-depth look at of how gene therapy works and what it’s used for:

What Are Genetic Disorders?

Human cells store the genetic information in 23 paired chromosomes found inside the nucleus. These chromosomes contain DNA, which are the inherited characteristics like hair color, height, and appearance that are passed down from the parents to their children. DNA are essentially the building blocks that instruct cells how to make proteins that are vital to maintaining physical health and cellular processes.

There are however, instances where a variant is present. It can alter the gene within the DNA that results in a change of instructions for how protein should be built. This is known as a genetic mutation, which reduces the effectiveness of the protein or removes it entirely.

This results in genetic disorders in which people inherit medical conditions that affect their anatomy, cognitive functioning, breathing, and overall health. These genetic disorders can be caused by hereditary traits and exposure to certain environmental hazards such as radiation.

There are three types of genetic disorders. A single-gene disorder, such as sickle cell anemia, affects one gene. Then there’s the chromosomal disorder, where a chromosome is absent or altered. Finally, complex disorders such as cancer affects multiple genes. These genetic mutations that give rise to disorders are what gene therapy attempts to treat.

Gene therapy is an evolving medical science that aims to add, delete or fix the mutated genetic material to either prevent or treat genetic disorders. Doing this can deliver the changed set of instructions from the DNA to alter how proteins are made within the cell. Depending on the disorder, the new proteins can correct too many, not enough, missing, or the wrong type of proteins made in the cell.

The new genetic material is inserted into the cell of a person with a genetic disorder using a vector or carrier and gene editing tools. There are two approaches for inserting the vector; one is done externally and is known as ex-vivo treatment. In this method, the specific cell is taken out of the body, modified with the vector, and inserted back into the body. The in-vivo treatment, on the other hand, requires administering the vector directly to a patient’s cells via an injection.

In this current era of development, there are several approaches to gene therapies used and studied in medical science: gene editing and gene addition, which is the most common technique to treat single-gene disorders. As previously mentioned, gene addition uses the in-vivo or ex-vivo method of modifying genes by insertion and using a vector.

Since new genes will be added, the mutated genes are not extracted or replaced. Instead, the new genes can integrate with the DNA of the cell or dilute the old mutated genes until they’re present in new cell division from then on.

Gene editing is slightly more complex because it can be used to treat disorders with multiple mutated genes. This technique causes breaks in the DNA strand where the mutation is located. It thereby renders itself ineffective in stopping the disorder until the strand repairs itself again.

The other gene editing method corrects the mutation through a replacement that acts as a template for the DNA to copy and recreate once it starts healing.

What Disorders Can Gene Editing Treat?

For the most part, gene therapy has shown promising results when used for single-gene disorders. Some of these include inherited immune deficiency disorders such as Severe Combined Immune Deficiency or SCID, which was one of the therapy’s earliest successes. In relation to that, trials are still ongoing to find a successful treatment for HIV and AIDS.

Other disorders that have shown promising gene therapy results are hemophilia, inherited blindness, cancer and leukemia, cystic fibrosis, muscular dystrophy, and Parkinson’s disease. The treatment is currently being tested for these disorders. Because of its varying degrees of success, it might not be approved for use until further research is done, which could take several decades.

Risks And Benefits Of Gene Therapy

Currently, gene therapy is only available through clinical trials approved by the FDA for rare disorders. This is because its advantages, disadvantages, and results are still undergoing studies. In the meantime, however, research has shown that there are many potential positive sides to gene therapy.

The most important factor is possibly developing an effective treatment for genetic disorders that cause disability and early fatalities in patients with little to no medical options. The other potential milestone is curing genetic diseases so they won’t get passed down a family line, thereby ending hereditary genetic mutation within a patient’s gene pool for future generations.

This also has an impact on advancing technology because research has led to innovations that make gene editing possible. One such technology is the well-known CRISPR system, which is a special gene editing tool used by geneticists to study and practice gene therapy more accurately and cost-effectively. It uses an enzyme called CAS-9 and gRNA to create changes within the DNA of a cell.

Nevertheless, new technology and medical science experiments have challenges and potential disadvantages that come with them. For gene therapy, there is plenty of uncertainty surrounding the long terms effects that can affect the health of an individual, including an unwanted immune response trigger caused by foreign substances detected by the body.

Another potential risk is the unknown impact it might have if the wrong cells are affected instead of the intended ones because the therapy relies heavily on accuracy. Finally, there are ethical implications related to gene therapy that made the medical industry concerned. The therapy could open the doorway for creating ‘designer babies’ or genetically engineered children and make disability treatment only accessible to the wealthy because of its expensive healthcare costs.

Gene therapy works by altering the genes within a cell using several approaches and developing technologies. The genes can be modified by deleting, editing, inactivating, adding or replacing damages or mutations within a strand of DNA to affect how the cells produce healthy proteins.

Currently, gene therapy is only available through FDA-approved clinical trials to monitor its benefits and risks and continued research. All of this is conducted to find a successful treatment for people with genetic disorders and rare diseases.