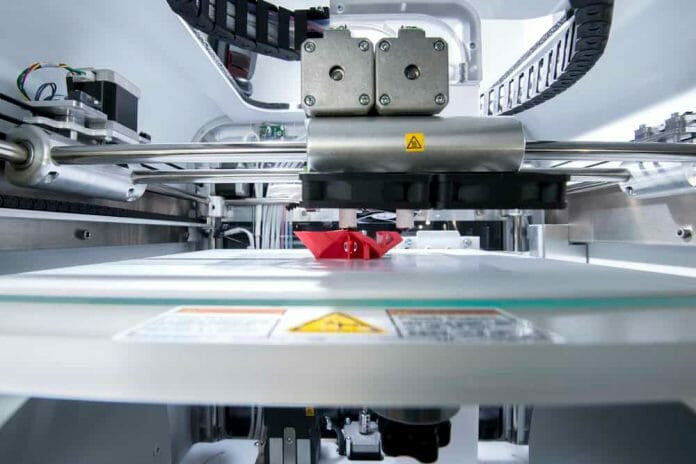 While 3D printing, which dates back to the 1980s, has made its biggest impact in manufacturing, it has also proven vital to such sectors as housing and even space travel. And increasingly in recent years it has shown its potential in the medical field, as it is used in the development of prosthetics, replacement organs and medical equipment.

So what, exactly, is 3D printing?

This technology creates a three-dimensional object by reading a digital blueprint and reproducing successive layers using filament and ultraviolet light. One of its primary benefits is that it doesn’t require the clumsy, expensive equipment necessary in traditional manufacturing, which speeds up the production of products. At many hospitals, surgeons use 3D renderings of a patient’s anatomy to practice procedures before surgery, and 3D printers can be used to customize body parts such as knee implants.

Some $20 billion in global spending is expected to be devoted to 3D printing by 2025, nearly three times as much as in 2017, according to estimates from GlobalData. In the medical sector, increased 3D spending is attributable to the needs of an aging population.

A post on the American Hospital Association website reports that in 2019, 113 hospitals had centralized 3D facilities for point-of-care manufacturing, compared to only three in 2010. And according to Pew Trust, the 3D printing healthcare market increased dramatically during the COVID-19 pandemic when many hospitals depended on this technology for the rollout of personal protective equipment (PPE), and medical devices.

The post describes three specific ways that 3D printing is impacting clinical care and how it might transform it in the future:

A cost-benefit analysis undertaken by Medical-Technology.nrdigital.com showed the upside of introducing 3D printing technology into hospitals, particularly as an aid in complex surgeries.

The June study was conducted by Dr. Atanu Chaudhuri, associate professor in technology and operations management at Durham University Business School, along with colleagues at ORT Braude College of Engineering in Israel, and the University of Southern Denmark. Chaudhuri admitted that 3D printing represents a significant financial investment for hospitals, but said the benefits “far outweigh costs both for hospitals and for patients.” And, he added, “We must know where to apply it and how to quantify the benefits.”

He also believes 3D printing should be a collaboration between surgeons and engineers because surgeons who learn how to design a guide to 3D printing will have an advantage over others. “But, there are certain surgeries which were not attempted before, especially for smaller children, which could now be conducted with much more confidence,” he stated, adding that eventually 3D printing technology will be fully integrated into the medical curriculum.

Although 3D printing has been used in healthcare for more than a decade to make titanium and stainless steel implants, something called PEEK plastic will allow the technology to be used in more labs and clinics worldwide. PEEK is a colorless organic thermoplastic polymer, which consists of macromolecules composed of many repeating subunits, called monomers.

Savi Baveja, Hewlett Packard’s chief strategy and incubation officer, wrote recently that 3D printing and other new technologies are starting to “realize the better outcomes that have long been promised of personalized medicine.” And, he added::

The demand is already substantial — the personalized medical solutions market, inclusive of personalized orthotics and prosthetics, is valued at approximately $10 billion — and the need is growing at an exponential clip. The WHO estimates that one billion people need assistive products today and more than two billion people around the world are expected to need at least one assistive product by 2030.

More and more hospitals worldwide are taking advantage of emerging technologies like 3D printing, which helps clinicians literally “see” and interact with anatomy without harming a patient. The use cases extend well beyond that, however, to prosthetics, anatomical models and medical models, and as the needs of an aging population increase in the years to come, surely other applications will emerge. 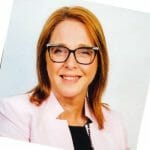 Melissa Powell is COO of Genesis HealthCare, a network of 250 facilities across 22 states. 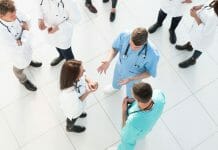