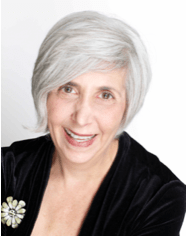 Clients come to us with a variety of presenting problems.  We carefully tune in to the nuances of their symptoms and facilitate their exploration in search of relief from distress.  In the midst of our history and assessment, it sometimes does not occur to us to ask a few grief-related questions which might give us clues into unaddressed griefwork that may need attention

I was recently consulted on two symbolic cases which illustrate the long-reaching effects of grief.

Why can’t he make the commitment?

Alison and Manuel entered therapy after having been engaged for 16 months.  They presented as an intelligent, loving couple with great respect and fondness for each other.  Both in their mid-forties, they had successful careers and good relationships with the families on both sides.  Until it came time to set a date for the wedding itself.  They were receiving quite a bit of pressure from Alison’s parents and siblings to finalize their plans.  Every time they considered a date, Manuel would find some reason why that wouldn’t be a good time of the year.  He put the kibosh on a large church ceremony, an intimate destination wedding in their favorite vacation spot, and wouldn’t consider eloping.  Alison began to feel that Manuel regretted their decision to marry and was relieved that he so willingly agreed to couple’s counseling.

After exploring their goals and values, spiritual beliefs, family relationship history and how they resolved conflicts, the therapist turned to questions about their previous intimate relationships.  The floodgates opened when Manuel began talking about the woman he was about to marry twenty-three years prior.  Just days after his marriage proposal, his girlfriend was diagnosed with stage 4 cancer and returned to her hometown in another state to live with her parents for the remaining weeks of her life.  Manuel was devastated.  Having just started a new job, he was unable to get the time off to visit her until it was too late.  In session, he spoke openly about his grief for the first time.  He voiced his guilt about not being there during his fiancée’s illness and the fact that he was too overwhelmed by his sadness and disbelief to even attend the funeral.  And his parents encouraged Manuel to focus on his career and remain hopeful that he would someday meet the right girl to marry.


It was no coincidence that this grief which Manuel had hidden away for so long was prohibiting him from being able to move forward with wedding plans.  Alison was relieved and grateful that this man she adored was able to come face to face with a burden he had been carrying alone for decades.  Over the next months, a variety of grief-focused interventions helped Manuel begin to address his grief in healthy ways.  He wrote a letter to his deceased fiancée expressing his guilt and regrets.  He made contact with her family and shared reminiscences.   And Alison accompanied Manuel as he tossed carnations into the ocean as a symbolic goodbye ceremony.

Why aren’t I happy about this pregnancy?

Lacey and her partner had been facing infertility challenges for years.  At last Lacey was pregnant with her baby due in just eight weeks.  Anxious by nature, she was having a particularly difficult time finding joy about becoming a parent.  She came to therapy with deep concerns about whether should would have the capacity to be a good mother and sobbed through her insistence that she was not fit to be a parent.   Together Lacey and her therapist reviewed the history of her anxiety and how she was able to cope when her symptoms intensified.  They explored her relationship with her own parents and Lacey began attending a pre-natal parenting support group.

Working with crayons in her therapist’s office, Lacey had begun drawing images of her pregnancy.  Exploring the significance of the preponderance of flowing deep red swirls led Lacey to an unexpected revelation.   During an unplanned pregnancy when she was sixteen, Lacey had experienced copious bleeding which resulted in a spontaneous abortion.  Because she had not revealed her pregnancy to anyone, she had no one to tell about the loss of the pregnancy.  She kept the entire series of events under wraps.   There had been no opportunity to grieve and mourn.

Guided by the gentle questions of her therapist, Lacey was able to identify how her teen-age experience had gone unacknowledged and unprocessed.  In a private ritual, Lacey wrote a farewell poem to the fetus that never had a chance to develop.  And after burning the poem, doused the flame of the small candle into a bowl of rose-petal water.

We have a unique opportunity to help our clients begin the process of acknowledging the effects of grief over a lifetime.  It is never too late; and as illustrated above, grief is frequently hiding just under the surface of the presenting problem.

Fredda Wasserman, MA, MPH, LMFT, CT is a Licensed Marriage and Family Therapist.  Certified in Thanatology: Death, Dying and Bereavement, Fredda specializes in the healing connection between mind, body, heart, and soul in her work with people who are diagnosed with life-changing illness, those who are grieving, and those who are going through transition in their lives.  She received her Masters degree in Health Education & Health Administration from the UCLA School of Public Health and her Masters in Clinical Psychology from Antioch University.  She is the Clinical Director of Adult Programs and Education at OUR HOUSE Grief Support Center in Los Angeles.

About OUR HOUSE Grief Support Center

OUR HOUSE Grief Support Center is one of the nation’s most respected organizations for grief support and education. For over 24 years, OUR HOUSE has helped thousands of grieving children, teens, and adults as they embark on their journeys to hope and healing after the death of someone close. Support groups specific to age and relationship take place in the safe, warm, and nurturing environment of their centers. OUR HOUSE is a leading provider of grief education, offering workshops, seminars, and in-service training to mental health and medical professionals, clergy, educators, and other members of the community who interact with bereaved families. The OUR HOUSE grief education program is part of the curricula for students at USC’s Keck and UCLA’s David Geffen Schools of Medicine.  To learn more, please visit www.ourhouse-grief.org or call 1.888.417.1444.