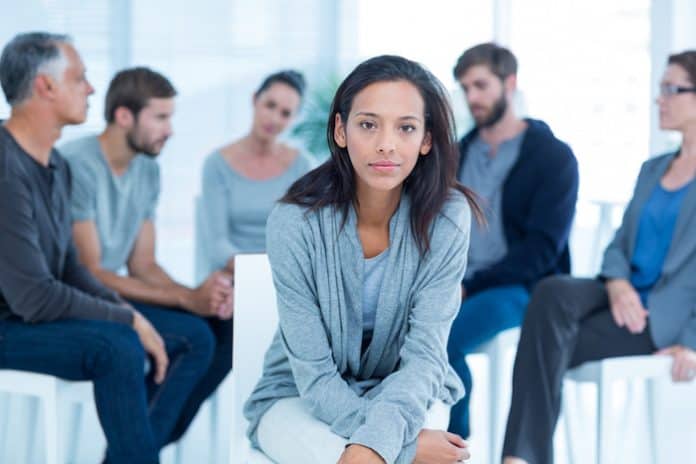 For those struggling with over-drinking or an addiction to alcohol, The Sinclair Method is known for its unconventional way of treating the problem behavior.

Typically, alcohol recovery treatment involves total abstinence from drinking. If you join the rooms of Alcoholics Anonymous, that’s one of the things you’re going to hear them talk about first:

However, TSM actually allows you to keep drinking in moderation – at least in the beginning of your recovery journey.

TSM was developed by Dr. John D. Sinclair and has been treating alcohol use disorder since 1984. The method involves taking an FDA approved medication called Naltrexone that blocks receptors in the brain that normally make you feel that “buzz”.  Besides treating alcoholism in pill form, Naltrexone also treats opioid addiction in injectable form.

When alcohol is consumed, it increases dopamine in the brain. The dopamine boost is what causes you to feel that “buzz” or euphoric feeling.

But if you take Naltrexone prior to drinking, your brain won’t get that dopamine boost. It’s considered an opioid antagonist. This means that it attaches to the brain’s opioid (or reward) receptors, essentially shutting them off.  The result is that you won’t get that buzz you usually get – and you’re less likely to keep drinking.

This means you may only have two drinks instead of drinking yourself into oblivion.

When you use Naltrexone over time, your brain gets rewired and decreases its association of drinking with pleasure. This can help you crave alcohol less, and certainly avoid drunken nights that lead you to feeling horrible in the morning.

You can choose to drink less and less until you decide to quit entirely. Or, you may decide to keep drinking on occasion, keeping the amount limited by using Naltrexone. This is especially helpful for those who are not keen on binge drinking anymore, or that just can’t stop drinking after they’ve had a few drinks.

Heavy drinkers that are concerned about harsh detox symptoms may especially like using The Sinclair Method.  By being able to still drink, they can reduce their overall consumption over time, while limiting detox side effects.

Experts state that for Naltrexone to work, you must take it at least one hour before your first drink.

How Successful Is The Sinclair Method?

For example, Barry may think he’s successful because he quit drinking almost a case of beer every night using TSM. Now he’s down to two or three beers per night.  He may or may not quit entirely, but using Naltrexone, he’s significantly reduced his intake. This benefits him in many ways, including reducing his risk of health problems, drunk driving, and accidents. It also saves him a lot of money and he’s more available for his family.

Mary, on the other hand, may think she’s successful only if she abstains 100% of the time.  If she has even one drink, she considers it a relapse, and more like a failure.

With TSM, you can take your medication and have several drinks and it’s still considered success because you’ve cut down your intake considerable.  You’re drinking moderately and responsibly.

According to The Cure for Alcoholism book, TSM’s success rate is 78 percent. That’s a high successful rate for alcoholism recovery. Research suggests that support groups like AA only have about a 10 – 35 percent success rate.

Does Naltrexone Have Side Effects?

Most people don’t have problems with side effects when taking Naltrexone.  However, just as most medications, some have been reported.  Common side effects include:

If you find yourself struggling with side effects, it might help to take the medication with food. If it continues, you can always talk to your doctor. Perhaps the dosage can be changed to see if that helps.

There are various paths to recovery from alcoholism. TSM is simply one path.

Some people may not be fond of continuing to drink any amount when they’re traveling the recovery path. Treatment programs like inpatient or outpatient rehab may serve these people well. Since Alcoholics Anonymous also believes that full abstinence is the best way to go, this is a viable treatment option as well.

If you’re more interested in moderation or cutting down before you completely quit drinking, TSM may be a great fit for you.

Here at Workit Health, we can assist you with getting started.  We’d love to discuss this with you further. Feel free to contact us today.