We have all shopped on Amazon and are familiar with how it suggests additional items for purchase. By applying an algorithm to your shopping history and personal profile, Amazon has secured its status as a retail juggernaut. “Big tech” is following in Amazon’s footsteps and investing billions of dollars in the healthcare industry, introducing artificial intelligence (AI) into medicine with projected spending predicted to grow tenfold in five years. With some Electronic Medical Record (EMR) systems already mimicking Amazon’s “recommended” functionality for healthcare treatment options, we are at a turning point in the EMR’s evolution. Are you ready to consider the implications of AI in your medical malpractice cases?

Categorical Use of AI in Healthcare

There are four general areas where AI is being used in healthcare: patient monitoring, administrative functioning, computer aided-diagnosis (CAD) and clinical decision support (CDS). The best example of AI-assisted patient monitoring is the use of smart devices and watches that can monitor a patient’s condition and predict sudden emergencies, like falls and cardiac events. Administratively, AI is being used for computer-based dictation and automated patient reminders, scheduling and test results. CAD is being used primarily in pathology and imaging as computers are being taught to recognize suspicious findings. CDS is the most advanced use of AI in healthcare. It attempts to achieve human-level decision-making to make suggestions through the application of complex algorithms to patient data. As a result, the EMR can make treatment recommendations, akin to your Amazon retail experience, thereby becoming a new participant in a relationship that was previously limited to the patient and physician.

Discovery May Become Even More Expensive and Protracted

Most will agree that medical malpractice litigation costs have increased over the past 10 years, in part due to increased scrutiny of the audit trail. The use of AI will likely increase litigation expenses even more for various reasons.

With the proliferation of wearable devices and Bluetooth enabled medical monitoring devices, it is likely that these devices will be pursued in discovery for forensic inspection. Device calibration settings may also be an issue of interest. Other potential discovery requests could entail whether the patient and healthcare providers were aware of limitations to their remote devices, including reliable and secure WiFi and/or internet accessibility. Not only will the EMR and audit trail be scrutinized, but portable smart devices will now also be included in an investigation.

One of the unique features of AI-based recommendations is that AI does not have the ability to explain the rationale for its proposals. The computer will not tell a user why it is referring to a product or treatment option.  The inability to give an explanation for a recommendation is referred to as the “black box.” In advance of potential costly discovery on the issue of why AI made a recommendation, practitioners and the courts need to understand these efforts would be futile. Try as you might, AI does not have the ability (at this point) to explain itself and its decisions.

Logistically, it may be impossible to provide an exact algorithm that was used in the past. If the algorithm was created by a third party, that entity has proprietary control over its product and a healthcare provider couldn’t offer up the algorithm if it wanted to. Thinking of including the algorithm vendor in providing discovery responses? That may be wishful thinking, particularly if it is an old vendor. AI vendors will also be reluctant to participate in cases particularly if it means an investigation into an error based on its product. Further, algorithms will be updated over the course of time. Will healthcare providers or their vendors think to maintain an earlier version of an algorithm? Probably not. And, if an algorithm is not maintained, it may be impossible to produce as it was at a given time.

Another discovery issue to be raised deals with documentation issues associated with a physician’s interaction with CDS. How will a CDS recommendation or physician interaction with it appear in the chart? Will it even appear in a chart? How will a patient or third party know if a physician considered the CDS suggestion? Should there be a new EMR template that documents whether a physician agrees or disagrees with a CDS, along with an explanation? I would like to be able to answer these questions but I simply cannot. One would hope those who are promoting AI in healthcare have thought this through, but chances are they have not. Be ready for information gaps when it comes to CDS/physician interaction.

In theory, the introduction of AI in healthcare should improve care, reduce errors and result in fewer lawsuits. However, the same was said with respect to the adoption of EMRs in the early 2000s and it is widely viewed now that they did not improve care, but merely eliminated some errors and replaced them with new problems. It remains to be seen how the adoption of AI in healthcare will change medical malpractice cases, but we can anticipate new liability issues as the cases become more complex.

It is anticipated that overreliance on automation will result in less personal follow up communications between patients and physicians and allow things to “slip through the cracks.” For example, test results can be sent in error for many reasons. Will patients want to call their physicians for clarification when they get inconsistent results, particularly when they get a test finding they hoped for? Will health practitioners take the time to call a patient and clarify or explain why a test result was sent in error? Another concern deals with automated patient reminders. If there is a constant barrage of reminders, how will a patient differentiate between a truly important message as opposed to a routine message? Will patients become fatigued by automatic messaging and simply begin to ignore them? It should be anticipated that both patients and physicians will be scrutinized on their use of automated messaging and scheduling in future medical malpractice cases.

CDS use poses the most uncertainty in how medical cases will be litigated in the future. If used to augment healthcare decision making rather than replacing human decision making, CDS could markedly reduce the amount of medical errors and the number of malpractice claims. However, CDS recommendations are not infallible, and there are already many reported examples of how CDS suggestions were wrong and negatively impacted health care. Large classes of patients have, and will continue to be, negatively impacted where CDS treatment recommendations adopted by physicians were later learned to be incorrect. For that reason, we should anticipate the likelihood that classes of patients will be affected by CDS errors.

There will also be new defenses for physicians who will either accept or reject CDS recommendations in treating their patients. A probable new standard of care defense is that it was reasonable for the physician to treat the patient consistent with the CDS. In situations where physicians reject a CDS recommendation, they may have to explain their reluctance in accepting what the EMR system suggests. In rejecting the CDS, they may have to cite prior experiences where in retrospect they were right and the CDS was wrong. Bias may also come into consideration where a physician was made aware of a recommendation prior to treating or diagnosing a patient. An initial positive finding by AI can inherently influence a physician into seeing something suspicious and increase the chance of a false-positive diagnosis, while a preliminary negative AI finding can provide a false assurance that a patient’s study was normal. Explanation of clinical decision-making will incorporate how a healthcare provider viewed CDS findings.

AI is ready to transform medicine as we know it, hopefully for the better. With the money invested in AI adoption, it will not be long until its use will become an issue in medical malpractice claims. Educate yourself on its usage, for it surely will change the way future claims and cases are prosecuted and defended.

Matthew P. Keris is a shareholder and chair of the Electronic Medical Record and Audit

Trail Litigation Practice Group in the Scranton office of Marshall Dennehey. He may be reached at [email protected].

*Reprinted with permission from the March 28, 2022, issue of The Legal Intelligencer© 2022, ALM Media Properties, LLC. Further duplication without permission is prohibited. All rights reserved. 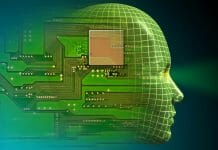