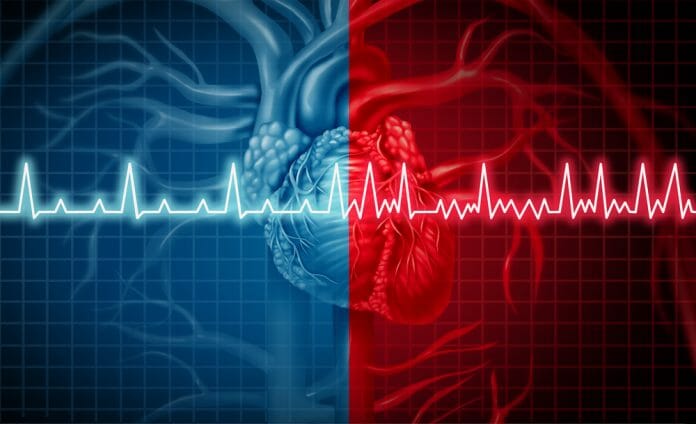 Atrial fibrillation or AFib is a common heart rhythm abnormality that affects millions of Americans. It causes heart rhythm irregularity that may be felt as palpitations or skipped beats and is sometimes a cause for fatigue or shortness of breath. The main threat of Afib is the associated increased risk for a stroke.

Elad Anter, a Professor of Medicine from Cleveland, Ohio, explains how catheter ablation is used to treat AFib and how new surgical techniques are helping more people survive the effects of the condition.

What is Atrial Fibrillation?

Some patients do not have symptoms; however, the majority do have some symptoms ranging from rhythm irregularity, palpitations, fatigue, shortness of breath, or subtle changes such as difficulty to focus and perform.

When the heart is in atrial fibrillation, the upper chambers, called atria, do not contract regularly. This leads to stasis of blood with increased risk for blood clot formation. If the blood clot leaves the heart it can travel to the brian and cause a stroke.

What are the Symptoms of Atrial Fibrillation?

People with atrial fibrillation may or may not have symptoms. Symptoms include an irregular heartbeat or palpitation, reduced energy level, challenges to focus and perform, rapid heart rate, or lightheadedness. Some may experience chest pain and shortness of breath.

What are the Risk Factors?

AFib may cause a stroke. This is largely because the upper chambers of the heart do not squeeze in a regular fashion, which leads to slow blood flow in certain pockets within the atria. This slow blood flow promotes clot formation. When the clot leaves the heart, it may travel to the brain and cause a stroke. hard time to focus. This is called an ischemic stroke – a clot that blocks blood flow to the brain. However, in patients with AFib taking blood thinners to reduce the risk of clot formation, stroke can also occur because of the increased risk of bleeding in the brain as a result of mild head trauma.

There are several treatment avenues that physicians like Elad Anter may choose from, depending on the specific symptoms and risk factors in each patient. The first line of defense is often prescription medicines like metoprolol, propranolol, and diltiazem to slow a rapid heart rate. Patients may also be given blood thinners to reduce the risk of stroke.

Patients are encouraged to change their lifestyles and pay more attention to their general health, cutting back on alcohol consumption and quitting smoking, and controlling their other comorbid disorders like hypertension, diabetes, sleep apnea and obesity.

Catheter ablation is one of the most effective techniques used in the treatment of atrial fibrillation. This technique involves heart catheterization in which the electrophysiologist (cardiologist specializing in rhythm abnormalities) inserts a catheter (flexible wire or tube) into the heart and target with heating or cooling energy electrical triggers causing atrial fibrillation. These often reside in the left atrium at locations where the pulmonary veins drain into the atria. The heating or cooling energy creates a small scar around the pulmonary veins that results in electrical isolation of these pulmonary veins. The procedure is often called pulmonary vein isolation of PVI.

The technology of catheter ablation has evolved significantly over the past two decades and it is now considered a first line therapy for most patients with AFib because it is effective and safe compared to medications.  Dr. Elad Anter’s laboratory has been involved in development of many new technologies for catheter ablation of AFib.

Elad Anter explains some of the catheter ablation techniques for atrial fibrillation: