Could AI Diagnose You in the Near Future? 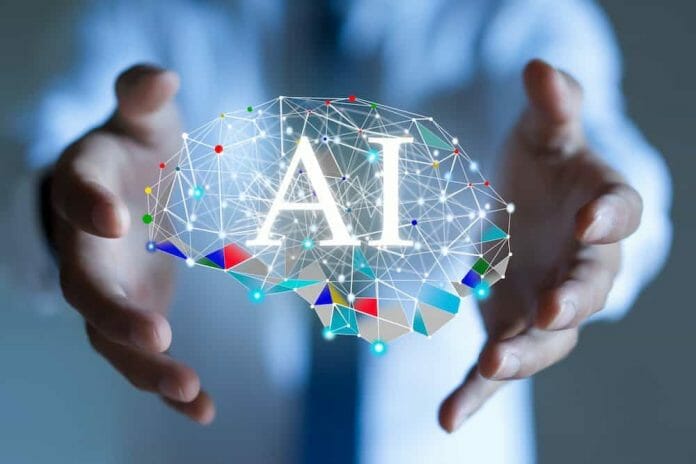 The health care system is strained: health care professionals are both overburdened and burnt out. In fact, within the next two years, one in every five physicians is likely to resign. While the mass exodus of medical professionals was largely spurred by the horrific early days of the pandemic, the resignations continue over two years out.

Due to both hefty workloads and persistent staffing shortages, the average time for medical diagnostics and treatment is increasing. The problem is not just longer waiting times, but also rushed decision-making that lead to misdiagnoses: every year more than 12 million adults in the U.S. receive an incorrect diagnosis, and 1 in 3 misdiagnoses lead to serious injury or death.

Clearly, health care professionals need help lightening their workloads, and that help may be coming soon from intelligent medical machines.

AI-powered medical devices are making waves in the medical industry because they can potentially do much of the work of overwhelmed doctors: identify abnormalities, diagnose diseases, and even prescribe treatments. Such devices can also increase the speed and objectivity of diagnoses because the machines—unlike people—have no preconceived biases.

That’s why AI is a critical component in the future of health care. But how far away are we from the widespread implementation of AI in diagnostics and treatment?

Currently, medical imaging is the health care field that’s making the greatest use of AI. That’s because intelligent medical devices are capable of combing through millions of patient images and examining them, much faster than any human could.

Consider the implications for radiology: radiologists are drowning under enormous volumes of X-ray images to review. AI can quickly sort through thousands of images and flag the ones that need a closer review, saving many hours of work for tired radiologists.

AI algorithms use pattern recognition to identify abnormalities. That means AI can identify the ordinary or routine images that can be pushed aside, leaving time for the human professional to focus on the abnormal or troublesome cases.

But some medical professionals are not just leveraging AI to review medical images but to actually diagnose the problem. Algorithms are capable of not only flagging abnormalities, but actually identifying an issue in an image—whether it’s a fracture or an irregular mass.

For instance, Mass General Brigham developed its own AI model capable of detecting abdominal aortic aneurysms. Other researchers have demonstrated AI’s ability to detect tumors in medical imaging at the same accuracy as medical professionals. Another study even found that while AI correctly diagnosed 87% of the cases, health care professionals produced an 86% accuracy rate.

Machine learning—a subset of AI—works by being trained on data sets. After researchers present the system with a set of training data to perform tests on, the programmers correct any mistakes, and the model learns along the way. Previously, these machine-learning models were limited to making only basic inferences.

Now researchers have learned how to program causal reasoning—the relationship between cause and effect—into machine learning. Previously, medical diagnoses were based solely on correlations between symptoms—think of it as memorizing a textbook on which symptoms are associated with what disease. But with causal learning, the algorithm can determine which causes lead to which conditions, taking diagnosis a step further.

In a test scenario, in which a machine-learning system was presented with a list of symptoms and was left to guess the underlying disease, the algorithm that was programmed with causal learning performed as well as the top 25% of doctors. This ability of AI to produce more than surface-level inferences, going beyond mere associations, is validating its use in the health care field.

Intelligent medical devices are working to increase the reach and productivity of existing health care systems. It’s not about replacing doctors, but rather assisting them and providing more objective analyses of conditions.

It’s also about bringing more sophisticated diagnostic procedures to geographical regions that aren’t as blessed with a critical mass of medical institutions, as many major cities are. AI is being used to expand health care access in rural or impoverished areas with limited medical expertise. Because the images or results can be sent to other institutions, regional institutions don’t actually need the tech on site for diagnoses.

That’s why artificial intelligence is quickly becoming synonymous with support and optimization in the medical community. Intelligent medical devices are serving as a complement to our existing medical infrastructure, not a substitute.

So yes, it’s entirely likely that AI will be diagnosing you in the future. Perhaps it is already. Even those skeptical of its implementation have to agree: a second pair of “eyes” never hurts. And AI gives us a lot more than an additional pair.

Dr. Danny Rittman is CTO of GBT Technologies, a solution crafted to enable the rollout of IoT (Internet of Things), global mesh networks, artificial intelligence and for applications relating to integrated circuit design.