By John Houston, President and Chief Executive Officer of Arvinas

While little was known about targeted protein degradation (TPD) when the first paper was published, TPD has since become a rapidly growing therapeutic area in biotech, creating a new paradigm of modern therapeutic interventions with the potential to address more than 80 percent of the proteins that evade inhibition and treatment by traditional approaches.

For those of us working to advance the treatment and understanding of debilitating and life-threatening diseases through the discovery, development, and commercialization of therapies that degrade disease-causing proteins, the 20th anniversary also marked a critical inflection point. We’ve now moved from “What if?” to “What’s next?”

Unlike existing small-molecule inhibitor therapies, protein degradation essentially eliminates toxic proteins from cells by using any available binding site, including low-affinity active binding sites or nonfunctional binding sites, bringing biological utility to molecules that would otherwise be ineffective. The technology is now being harnessed to address a broad range of disease targets, including those representing the majority of proteins that cannot be addressed by existing small-molecule therapies.

As a result, leading scientists, clinicians, and drug development companies around the world are coming together to unlock the full potential of protein degradation and deliver on the promise of turning degraders into new therapeutics for patients. The targeted technology is already proving itself against some of the most challenging diseases, which could dramatically change the lives of patients who have few or no therapeutic options.

Unlocking the Future Through Life-Changing Medicines

Certain proteins are responsible for a wide range of illnesses such as cancer and neurodegenerative diseases, like Alzheimer’s. Yet despite advancements in recent years, considerable unmet needs persist in treating these debilitating conditions. As the leading biotech in this arena, and the furthest along in clinical trials, Arvinas is the only TPD company with proof-of-concept and active drugs in Phase 2 development that have shown benefit to patients. In addition to our oncology pipeline, which includes breast and prostate cancer, we are also focused on diseases of the central nervous system, including Alzheimer’s.

Building on what we’ve learned in the past two decades, we realize the incredible potential of TPD and are committed to staying the course. Protein degradation is fundamentally different from simply inhibiting an enzyme or a receptor – it harnesses the cell’s natural process for eliminating mutated or dysfunctional proteins. I believe that Arvinas has turned targeted protein degradation into one of the most promising areas of medical research, with the potential to bring truly transformational treatments to patients living with life-threatening and life-altering diseases. While there is still work to be done, there is also significant reason to be excited as we look ahead and confidently ask, “What’s next?”

Dr. Houston is President and Chief Executive Officer of Arvinas. Previously, he was the SVP of Specialty Discovery at Bristol-Myers Squibb (BMS). He spent more than 18 years at BMS in roles of increasing responsibility and had accountability for all Discovery Biology disease teams as well as various Discovery technology departments. He was also the site head of the BMS Connecticut facility. Dr. Houston was a member of the BMS R&D Executive Leadership team and chaired the Target Portfolio Committee which had governance oversight in the discovery space. With his teams and research colleagues, he progressed over 200 compounds into early development, several of which advanced into late stage clinical trials, and toward commercialization.

He was also the principal architect and driver of the ‘Leveraging Technology’ initiative at BMS which oversaw the design and implementation of an industry-leading integrated lead discovery and optimization process. This initiative created revolutionary changes in the discovery process at BMS with significant improvements in capacity, speed and cost control resulting in marked increases in research productivity and success rates.

Dr. Houston has over 30 years of experience in the pharmaceutical industry. Prior to joining Bristol-Myers Squibb, he worked at Glaxo Welcome Research and Development in the UK, where he served as head of the Lead Discovery Unit. Dr. Houston currently serves on the boards of directors of NextCure, Inc., Oerth Bio, Cybrexa Therapeutics and BioCT. 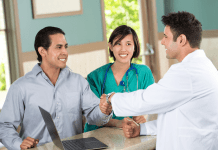 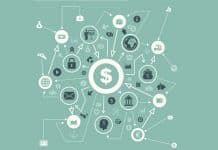