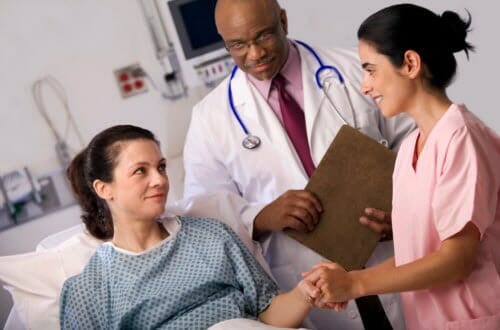 There is nothing wrong with getting Botox Alpharetta.

When I was younger, I always thought it would take something crazy for me to take botox. From the bottom of my heart, it seemed vain and just not my style. And to top it off, it was pretty scary because, afterall, it is an invasive treatment. I mean, seriously, who names something Botulism Toxin. The ones who made the product should have really taken a cue if they wanted their product to be a bit more mainstream.

There is no question that Botox, under an expert’s supervision, is completely safe. Otherwise, it would not have been approved and used for the last two decades. Your opinion might of course be a bit different then, and probably even scoffed at the idea of older people getting one. But if you have come to the age where none of your younger pride matters and just want to look good, then there really is no harm in trying it.

Getting Comfortable with Botox Alpharetta

Never have I ever thought how far I would have gone from that preachy young woman I once was. Now, on the first round of my cosmetic Botox, I could not have been prouder of letting go of my inhibitions. I am currently 37 years young and this is my story.

The first misconception that people think about me undergoing the treatment is that I wanted to look younger than my age, or that I do not want to age at all. Far from it actually, since I love the fact that I do not have to suffer the lot of younger body problems I once had. For one, I am completely grateful that I do not have to suffer the monthly assault on my lower abdomen. I do not think ladies my age appreciate this fact enough. And for another, I no longer have that perky creamy skin, but in exchange, they I no longer have random zits popping up like an embarrassing game of whack-a-mole. So no, using Botox goes beyond my desire to look younger.

Although I appreciate how gracefully I am aging, I cannot help but notice some features in my face that start to become a distraction. The usually subtle wrinkle became a bit more salient and it is a bit frustrating to look like my forehead is offering free wifi.  And to top it off, I could not make the same impressions I once had. Emotions can be conveyed through subtle facial cues that we seem to have developed throughout the years. We did not even have to learn it but people around us seem to just pick it up. Like for example, when I am frustrated or angry, I lift the casual brow to show my disapproval. But now when I show a little anger, they thought I would burn them at a stake. I would really rather just keep my simpler ways of expressing myself than dealing with constant miscommunication.

After a few bouts in trying to convince myself which involved shutting the younger me up, I finally decided to try Botox. The rich and the famous already have and they look great, so I thought it would not hurt to have it on me. The moral argument I used was to compare Botox with make up. I already try to make myself look prettier and presentable everyday with makeup, I thought what really is the difference between this and that.

And now that I have gone through with it, I really have no regrets. And if you are like me then, you might want to hear about the things that you need to consider. I wish I knew these things before so that the treatment would not have been such an emotional rollercoaster.

How Botox Alpharetta Deals With Wrinkles

What really convinced me to do Botox is the thought that it might actually erase my wrinkles. I may sound really vain here but I believe that the wrinkles are the one imperfection of my face. And if a few injections here and there can deal with it then it would all be worth it.

To my surprise, Botox does not necessarily remove your wrinkles but prevents them from occurring. It is more of a preventive measure than a restorative once hence my confusion. How it is best explained is that it freezes the muscles on our face so they do not contract the way they normally do. This will thus prevent the wrinkles from forming and leaving your face the way it is.

Dermatologists explain that the lines that are already there cannot be fixed by Botox. It is not like an iron that would smoothen any wrinkles on a piece of cloth. So, what I learned here is that I did not take Botox early enough. If you feel like you want to keep that pretty face of yours, then you should think about Botox injections earlier. The current trend now is for people to go through treatments as early as their twenties.

Botox Alpharetta Is Not Permanent

With the little knowledge that I had about the treatment, I always thought that the treatment would save me years of going back and forth from my dermatologist’s clinic. To my surprise, the treatment was not only temporary, it is actually very much so. When you undergo Botox treatment, you should be in it for the long run. How often you would have to subject yourself would depend of course on the level of treatment that you are having. But, it may be safe to say that you will go back and forth to the clinic at least four times a year. Of course, it will vary from person to person and more specifically depending on the level of physical activity that one does.

Botox Alpharetta Does Not Hurt

This is probably the best surprise I have gotten from all of this. What really drove me away from the treatment as it was being explained to me were the injections.