As Standoff Over 340B Contract Pharmacies Grinds On, Covered Entities Have Options 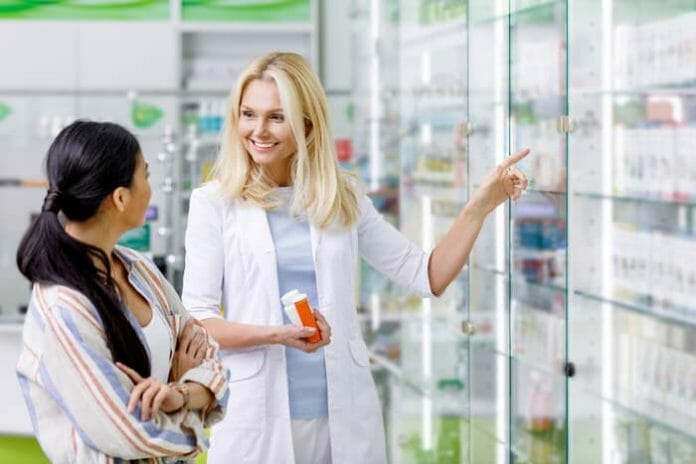 Since they began just a few months into the pandemic in 2020, 18 drug manufacturers have now placed restrictions on discounted 340B pricing when participants contract with retail pharmacies to dispense prescription drugs under the federal safety net program.

While the manufacturers’ unlawful moves have drawn attention from federal regulators and led to several ongoing court battles, they’re causing real and ongoing harm to covered entities, as 340B participants are known, and to the patients who benefit from the program. A March survey from advocacy organization 340B Health found the estimated financial losses due to the restrictions had doubled since the end of 2021, harming patients’ access to key drugs and other critical safety net services. I regularly speak with customers who report financial losses in the tens of millions of dollars at their organizations.

So what’s a beleaguered covered entity to do?

Covered entities have likely already picked all the remaining low-hanging fruit available for their 340B program — such as adjusting their formularies, increasing the use of biosimilars and utilizing their own specialty pharmacy or home infusion — and will need to be more resourceful in finding ways to make up the losses. Here, I’ll outline some strategies they can employ to claw back some of the benefits lost to the drug makers’ unlawful contract pharmacy restrictions.

I’ll start with the most obvious question. Many manufacturers are demanding that covered entities fork over claims data in exchange for restoring 340B pricing at a single retail pharmacy of their own choosing. Problem solved, right?

Not exactly. There are risks to sharing patient data.

For starters, there is good reason to fear the data could be parsed for information on 340B pharmacy utilization and ultimately, used by pharmacy benefit managers to lower reimbursement to covered entities and contract pharmacies in the long term. Covered entities are also reporting that the third-party platform manufacturers are using to evaluate claims is asking them for additional data, creating more resource constraints.

We’re also learning some lessons from those who have begun submitting claims data. There are reports of a complicated submissions process, long delays in reinstating 340B pricing and extensive back-and-forth communication to get results. Several manufacturers are enforcing “lookback” periods that limit how far back claims may be dated for consideration, vastly complicating things for covered entities. What’s more, some pharmacies strictly forbid the sharing of their claims data with third parties.

Many covered entities are taking a cautious approach, reviewing their drug claims to determine which drugs have the highest volume and represent the most value for their organization. They often identify a single, frequently prescribed drug and send claims data just to that manufacturer to see how it goes.

Ultimately, the decision about whether to submit claims data is one for your 340B compliance, information security and legal teams to hash out.

If you aren’t already, it’s a great idea to start capturing referrals for your 340B program. I’m talking about prescriptions written by an outside, non-eligible provider, such as a specialist to whom a covered entity has referred a patient.

Here, the guidance cites three stipulations to deem outside referrals as eligible:

Documenting referrals can be a lot of work for short-staffed hospitals, but most reputable third-party 340B administrators now have solutions to do the leg work for you to support documentation. It’s a no-brainer option to make up some lost ground.

While it may seem counterintuitive, if you kept your contract pharmacy network small by limiting their number, it may be time to consider casting a wider net.

Look at where your patients are going to pick up their prescriptions. You may find pharmacies that aren’t currently under contract with your 340B program but should be. It won’t help you access 340B discounts with the manufacturers already restricting access, but capturing more prescriptions from additional pharmacies will help grow your program benefits.

Contracting with retail pharmacies is a particularly attractive option for covered entities that lack their own in-house pharmacies or serve rural areas where far-flung patients are better served by their local pharmacists. Accordingly, some of the more sophisticated covered entities that have their own in-house pharmacies are using their asset to serve as a contract pharmacy to other nearby 340B community health centers, clinics and other facilities that lack them.

Admittedly, this option brings extra complexity — and added costs — since you now must carve out a contract pharmacy operation from your everyday 340B operations, necessitating some extra work and additional compliance management software. Look in the Office of Pharmacy Affairs database to see how many covered entities are in your health system’s service area. Ask them where they get their prescriptions filled. In many cases, it may already be at your facility.

Earlier, I mentioned the threat of lower reimbursements from pharmacy benefit managers and health plans. Note, there’s a way to nip that in the bud.

A growing number of states have passed so-called antidiscrimination laws that prohibit health plans or pharmacy benefit managers from reimbursing or treating 340B covered entities or contract pharmacies differently from any other healthcare providers or pharmacies. Covered entities should absolutely be bending the ears of lawmakers in states that haven’t already passed such a law.

Meanwhile, we may have to wait a while until the courts decide the contract pharmacy dispute — and of course, they may simply punt to Congress to devise a legislative remedy. Any luck in that arena very much depends on the outcome of the midterm election. In the long run, covered entities will need a multi-pronged strategy that looks to the horizon and embraces what’s new and hasn’t been tried.

In the meantime, covered entities have patients who desperately need care — and with fewer resources to provide it. Let’s solve the challenge together.