8 Types Of Mental Health Issues To Look Out For 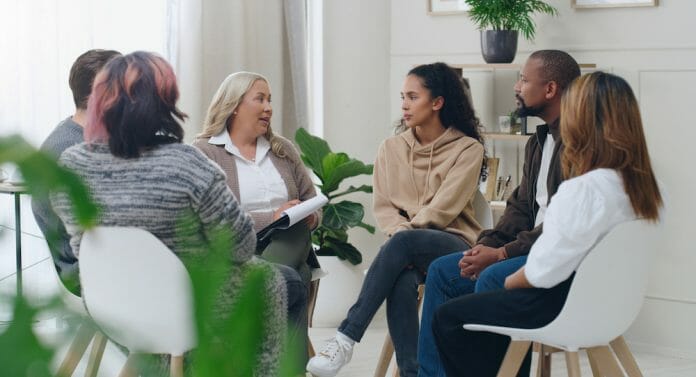 In recent years, mental health has become a paramount aspect of people’s daily lives. It indicates your emotional, psychological, and social wellbeing and determines how you make decisions or interact with other people.

Despite making mental health a priority, not many people are aware of the prevalence of mental health disorders. Many undiagnosed people with mental illnesses go about their lives without getting proper treatment, which can ultimately hinder them from living a happy life.

Therefore, it is important to keep your mental health in check and identify mental illnesses at the onset. If you are experiencing symptoms, remember that you can develop habits to improve your mental health, as well as support groups and medications that can help you cope.

Although their underlying causes vary greatly depending on diverse factors, one thing is certain: people should raise awareness about mental health issues. To do this, you can start by familiarizing yourself with some of the most common mental health disorders.

Globally, millions of people suffer from depression. According to the World Health Organization, this is one of the most common mental illnesses, affecting almost 4% of the total population in the world.

Each person may experience different symptoms and require different approaches for treatment. With no apparent triggers, some people may experience overwhelming agony or despair. Some have difficulty in controlling angry outbursts, while others feel hopeless and empty. Other symptoms may be subtle as well, like losing interest in daily activities, or having too little or too much sleep.

When left untreated, depression could lead to suicide or self-harm. Fortunately, there are many mental health organizations that are effective in helping depressed people worldwide.

If you know anyone who is experiencing depression, you should encourage them to seek help right away. By seeing a counselor or a therapist, they can be guided through various strategies toward healing.

Another common mental illness is anxiety. This comes with physical symptoms like a rapid heartrate or excessive sweating. People with anxiety disorders experience fear, dread, and overthinking. They also usually comprise of other mental health issues like developing phobias, being scared to socialize, and experiencing extreme panic in specific situations.

While it is normal for everyone to worry about their problems, anxiety disorders go beyond the usual threshold and can become unbearable, which eventually leads to extreme states of panic that curtail normal mental and bodily functions.

When anxiety disorders go untreated, they can significantly interfere with people’s daily lives. In certain cases, anxiety disorders can also cause depression. Hence, it’s important to spot these symptoms early in order to manage them accordingly.

Another common mental health disorder on the list is ADHD, which stands for attention deficit hyperactivity disorder. This is common among children during their developing years. According to research, boys are more likely to get diagnosed with this behavioral disorder than girls.

While some doctors would say this can be outgrown once they reach adulthood, half of diagnosed patients might continue suffering from ADHD even when they grow up. If you have this disorder, you may find it difficult to concentrate, follow directions, organize and accomplish multiple tasks, or remember information.

Although many adults can live their lives without getting ADHD treatment, getting diagnosed if you have these symptoms and subscribing to the proper medication can help you live a more convenient life.

While many people think that obsessive compulsive disorder (OCD) is milder than other mental illnesses, it can still be crippling and needs to be treated immediately.

Those who suffer from OCD consistently encounter compulsive behaviors and obsessive thoughts. Obsessions are disturbing thoughts or urges that trigger feelings of disgust, unease, or even anxiety. Compulsions are ritualistic behaviors that a person with OCD does to relieve the distressing feeling brought by obsessive thoughts.

Many activities or habits result from OCD behavior. For example, someone could constantly arrange things unconsciously because they want everything to be in order.

Cognitive behavior therapy and medications are the best way to address this disorder. If you believe you may have it, do not be ashamed to seek help from professionals.

Unfortunately, people can be subjected to damaging occurrences that may be beyond their control. In response to such traumatic events, people can develop post-traumatic stress disorder (PTSD).

The most usual events that lead to PTSD may include experiencing or witnessing car accidents, sexual assaults, and abuse. Symptoms may include repetitive nightmares, uncontrollable flashbacks, and anxiety. Sometimes, people with this mental illness also experience behavorial changes, like irritability, being easily startled, and self-destructive behavior. They may also avoid places that remind them of the incident, or may have difficulty expressing positive emotions.

By speaking to a psychologist and getting the appropriate treatment, you or your loved ones can survive this distressing ordeal.

An individual with bipolar disorder experiences two opposing moods, both on the spectrum’s extremes. For instance, they may feel down and tired on certain days, which may come to a point where they cannot interact with anyone. On other times, they may feel ecstatic and excited. It is important to note that these episodes come and go without warning and can be difficult to deal with without proper treatment.

Sometimes, people view mania as a positive experience because it gives them a lot of energy and allows them to accomplish many tasks. However, the after-effect is usually disenabling as it results in a crash of emotions, leaving the person feeling more depressed.

Bipolar disorder that continues for a long time could affect work and relationships, so it’s important to seek treatment immediately.

Schizophrenia is a more complex mental illness. This involves disrupted thoughts and feelings that usually create a distorted version of reality. In addition to hallucinations, delusions, thought disorders, and social withdrawals, schizophrenia can cause a lack of motivation and impaired memory and thinking.

Because of extreme symptoms, diagnosed patients face high risks of suicide and self-harm. Hence, it is important to prioritize going to a professional so you or your loved ones may be advised about possible treatments.

Eating disorders cover several types like bulimia, anorexia, or binge eating. While they may be centered in problematic eating patterns, people with these disorders often feel they have no control over other aspects of their lives. In fact, many of them believe that the only control they have is over the food they eat.

For instance, anorexic people usually have a distorted perception of weight, resulting in a fear of gaining pounds which leads to an abnormally low body weight. Hence, they tend to watch over what they eat even to the extent of not eating at all.

People with bulimia would intake all the food they want to eat, often without control, only to vomit them out after feeling guilty and worrying about gaining weight. Binge eating is similar to this, except that the person doesn’t purge the food afterward.

Eating disorders are a serious mental health condition, which affect many aspects of a person’s life. If you are experiencing some of these symptoms, you may want to consult a psychologist for options in managing them.

Whether you or someone you know are suffering from any of the disorders listed above, the good news is that there is always hope in getting treated. Doctors and mental health professionals offer various treatment options, from medications to outpatient talk therapy. You can also start making habits that are healthier in order to live a better life. Remember that self-care is vital in keeping your psyche in good state. Start your healing and wellness journey by taking the first step today.