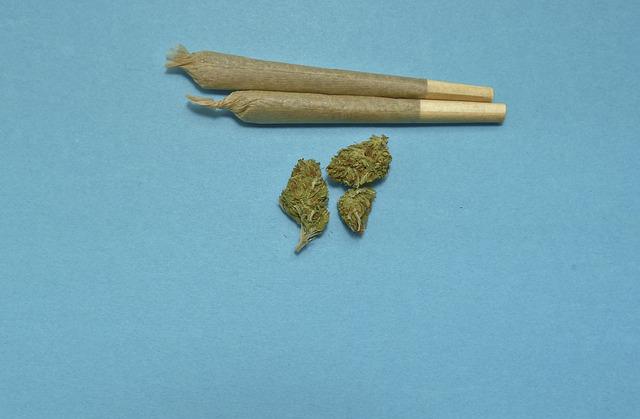 There’s more to cannabis than getting high or “stoned.” Ever heard of the debate that “weed has health benefits?” Before modern laws and regulations, cannabis has been used for thousands of years for its medicinal properties. With the passing of the Marijuana Opportunity Reinvestment and Expungement Act or the MORE Act by congress, scientists are hopeful to have more access to this plant and its products.

While modern pop culture paints marijuana as an illicit drug for potheads and miscreants, its medicinal benefits are widely known among ancient cultures.The ancient Greeks and Egyptians to Native Americans tapped cannabis for a variety of treatments. Today, the CDC states that medical cannabis is mostly used in the United States to alleviate chronic pain and discomfort, for example, in cancer patients.

Other studies have identified cannabis’ effectiveness in treating neuropathic pain (chronic pain caused by damaged nerves). Cannabis has also shown promise as a therapy for many medical disorders, including:

2Around 111 Cannabinoids so far have been identified in cannabis

Cannabinoids are among the many compounds found in the cannabis plant. Cannabidiol (CBD) and tetrahydrocannabinol (THC) are the most common. Cannabinoids like CBD and THC have received much attention recently, but they aren’t the only ones offering health benefits.

Cannabigerol (CBG) and Cannabinol (CBN) are two more cannabinoids that also have therapeutic properties. However, the investigation into the potential advantages of the other 108 compounds is still in the early stages.

Cannabis isn’t necessarily as addictive as pop culture paints it to be. When trying to cut back or cease cannabis use, withdrawal symptoms can last anywhere from a few days to a couple of weeks. They include:

Research on the subject is still in its early stages, and much more work has to be done to9 determine the real effects of short and long-term cannabis use and how it relates to withdrawals and general health.

4Second hand smoke can result in a positive test result

For example, if a person who doesn’t smoke cannabis hangs around those who do for an extended time while they smoke, the non-blood user’s blood and urine may eventually test positive for THC. The chance of this reduces if the smoking is done in an open space where the smoke dissipates into the air.

The reason the Sativa strain is recommended for daytime use is that they improve one’s ability to enjoy things like social gatherings, the outdoors, and music–it keeps you alert. The Sativa strain has a pleasant effect on mood, giving one a sense of euphoria and enhancing awareness, vitality, and creativity.

Indicas are ideal for nighttime use. They help users relax as a consequence of the intoxicating effects of the drug on the body. In this case, the user can feel calm, relaxed, and sleepy.

Because of its ability to relax the mind, cannabis Indica is sometimes used in spiritual practices like meditation and yoga.

6Your body can get used to cannabis

Research indicates that repeated cannabis use can result in tolerance or diminished response to the drug. Tolerance forces you to take in a higher dose in order to achieve the same level of high. This quickens addiction.

It’s also a fact that habitual users experience fewer negative effects than occasional users. In this case, the effects of cannabis on the body’s physiology, behavior, and cognition may become less pronounced with continued use.

7Cannabis can cause allergic reactions

Just like people have allergies to different foods and products, cannabis may also cause allergies. Depending on the method of cannabis exposure, a variety of symptoms may manifest. Typically, allergic responses to skin contact result in rashes, hives, or angioedema (swelling). Typically, breathing in smoke, vapor, or plant allergies causes irritation to the eyes, nose, and throat.

Cannabis enthusiasts know that strains affect people differently. However, most individuals don’t know that a person’s reaction to cannabis may vary by gender. Hold on to this; according to research by Washington State University, females develop a tolerance to cannabis far faster than males.

Did you know that Italy is filled with marijuana smoke? Scientists from Italy’s Institute of Atmospheric Pollution Research released a study in 2012 detailing cannabis smoke as one of the substances they found in the air of many major Italian cities.

The researchers looked at the air quality in Rome, Milan, Bologna, Verona, Palermo, Naples, and Turin. They confirmed that cannabis was present in the atmosphere in all eight cities, with the greatest concentrations in Florence and Bologna.

10Cannabis may have anti-cancer effects

In addition to THC, cannabis includes a number of additional chemicals that have been demonstrated to possess antitumorigenic properties. The potential anti-cancer properties of cannabis’s cannabinoids, terpenes, and flavonoids are currently being investigated with the hope that they will revolutionize cancer treatment and prevention.

Research shows that teenage marijuana users have a lower IQ. It is a common misconception that this happens to adults who use marijuana, but this is not the case.

When smoked, cannabis can cause a stinging and bloating sensation in the stomach. However, the feeling ends, and the THC leads to the “munchies,” an increase in appetite.

Studies suggest that THC suppresses your immunity. Cannabis usage may decrease immune function in a number of circumstances, including viral illnesses such as human immunodeficiency virus (HIV), hepatitis C infection (HCV), and human T-cell lymphotropic types I and II virus (HTLV-I/II). Long-term consequences of cannabis use on pulmonary/respiratory disorders, immunological dysfunction and the risk of infection transmission, and the molecular/genetic foundation of immune dysfunction in chronic cannabis users need more research.

14Cannabis is used for Glaucoma

Research is still ongoing on this issue. However, so far, studies indicate THC can help lower intraocular pressure (pressure around the eyes), easing the symptoms of Glaucoma such as eye pain. The long-term benefits of cannabis in treating Glaucoma are still unknown, but the short-term observations indicate some effectiveness in reducing IOP, regardless of its route of administration: orally, intravenously, or by inhalation.

15Cannabis is legal in 22 states

How to Mitigate Stress as a Business Owner