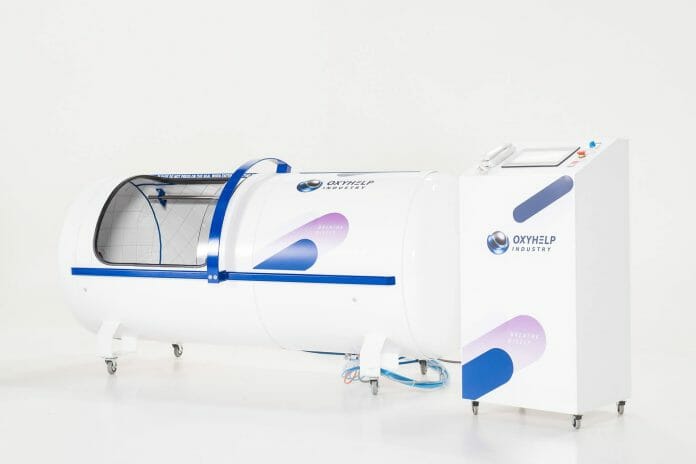 HBOT has a lot of benefits, and there are many good things that you should know about it. But we will discuss the top 10 good things about HBOT here:

Hyperbaric oxygen therapy has been practiced in the United States for more than 150 years, but it has a significantly longer history. It is longer than the history of penicillin.

The first recorded use of a pressurized chamber for medicinal treatment dates back to 1662 in England. The technique’s popularity has shifted over time. With time, there has been significant improvement in the hyperbaric oxygen chambers.

The Undersea and Hyperbaric Medical Society (UHMS) was founded in 1967 to investigate clinical indications for hyperbaric therapy other than diving conditions. There are already over 3,000 hyperbaric oxygen centers in the United States, and the number of indications covered by insurance plans is growing.

Hyperbaric oxygen therapy can cause hyperoxygenation, which means an increased amount of oxygen in the blood. HBOT can increase oxygen diffusion throughout the body by more than ten times, depending on the condition. Increasing oxygen saturation causes a lot of positive effects.

Notably, these include anti-inflammatory marker activation, white blood cells, immune factor enhancement, and stem cell mobilization, all of which assist in healing damaged tissue. If there are oxygen-depleted parts, filling the blood and tissue with oxygen and boosting these growth factors can help restore the imbalance while also healing the underlying problem.

Hyperbaric oxygen therapy is a safe technique. It does not have many adverse effects. Hyperbaric oxygen chambers also do not cause any hazard for the user. Although the safety of HBO therapy has long been established, users and clinicians should be cautious of potential side effects.

There may be some reversible side effects such as ear barotrauma and myopia. Ear pain is the most prevalent complication that occurs in less than 1% of HBOT treatments. The rare side effects may include seizures, congestive heart failure, or pulmonary edema.

4. HBOT IS NOT THE SAME AS Topical Oxygen Therapy:

Although there is significant evidence to suggest the benefits of topical oxygen as a procedure to improve wound healing dynamics, the method should not be mistaken for hyperbaric oxygen therapy.

While the latter includes breathing oxygen at high atmospheric pressure, topical oxygen means using an oxygen-pressurized local device to an extremity. Topical oxygen may be more useful in combination with hyperbaric oxygen therapy in the future.

Neovascularization means the development of new blood vessels. Hyperbaric oxygen chambers can help the body with neovascularization. The lack of adequate blood flow can have disastrous consequences on normal tissues. Radiation therapy, diabetes, recurrent wounds, and recent trauma can deprive tissue of a steady supply of blood and oxygen.

HBOT directly induces the development of new capillaries, which contribute to the delivery of more blood and oxygen to deprived tissues. This method can be very helpful in healing diabetic wounds, radiation cystitis, and unsuccessful skin grafts and flaps.

6. There Is Only One Absolute Contraindication:

The only absolute contraindication to hyperbaric oxygen therapy is untreated pneumothorax, which must be addressed before beginning HBOT. Chemotherapy agents and active malignancy, pregnancy, a history of middle ear surgery or optic neuritis, lung diseases, chronic sinusitis, seizure disorder, and viral infections are all relative contraindications. Before starting hyperbaric oxygen therapy for patients with confinement anxiety, doctors should assess the risk versus benefit.

Hyperoxygenation also increases stem cell mobilization from the body’s bone marrow. According to a study, a course of 20 HBOT treatments can result in an eight-fold increase in stem cells in the blood.

Because stem cells can develop into practically any form of tissue, they are a useful resource for regeneration and repair. In addition to the other processes, stem cell mobilization contributes significantly to the therapeutic advantages of HBOT.

Another feature of hyperbaric oxygen therapy is its antibacterial action. It is effective against bacteria that grow in low-oxygen environments. HBOT improves many immune response functions, weakens infection-causing bacteria, and works effectively with antibiotics to increase their overall efficacy.

These effects, when combined, eliminate or restrict the growth of bacteria capable of causing harm to their hosts by competing for metabolic resources, damaging cells or tissues, or secreting toxins.

This treatment is very effective for conditions such as necrotizing fasciitis, osteomyelitis, and chronic soft tissue infections. Hyperbaric oxygen therapy, with its anti-inflammatory qualities, assists in reducing tissue damage and preventing the spread of these illnesses.

According to research, HBOT can improve results in people suffering from diabetic neuropathy. Patients may even notice peripheral nerve regrowth.

10. Plays A Role In Cancer Treatment:

Approximately 40% of people will be diagnosed with cancer at some point in the life. Cancer treatments typically include radiation or chemotherapy. HBOT treatments can slow the growth of some cancers.

Hyperbaric oxygen, which floods your system with concentrated oxygen in your bloodstream, can help make cancer cells easier to destroy with therapies like chemotherapy and radiation while triggering your body’s healing process. Furthermore, HBOT may help your body repair from radiation treatments and lessen the adverse impacts of chemotherapy.