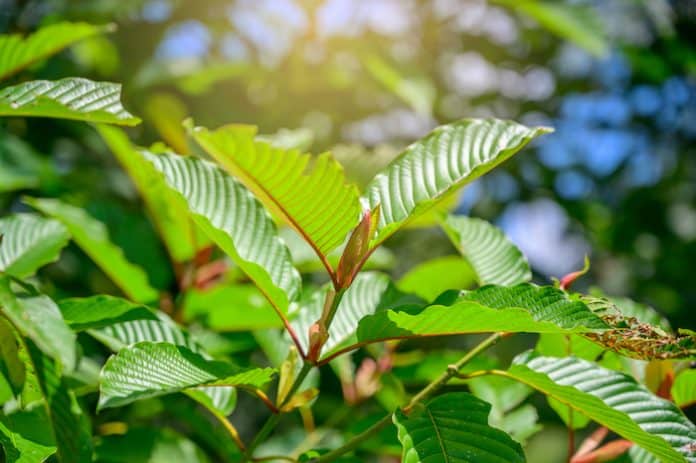 Have you ever felt sick after taking a spoonful of Kratom and wondered if there was a better way? Are you looking for a more straightforward, more appealing method to consume Kratom?

Today, we’ll get to know more about Kratom.

Kratom is derived from an Asian evergreen tree consumed by up to 5 million individuals in the United States. The plant has been promoted as a pain-management option.

How did it come to use?

Kratom has been used for at least 150 years in Southeast Asia. Workers used to chew on the leaves because they were stimulating. People would also make a drink out of kratom leaves to relax and ease discomfort. The leaves are used for both recreational and wellness purposes. The leaves are chewed or consumed as a tea to boost mood (as a euphoriant) and increase physical endurance. Kratom has been reputedly used in conjunction with wellness rituals for anxiety, cough, depression, diabetes, diarrhea, high blood pressure, pain, improve sexual function, and alleviate opiate withdrawal symptoms.

Southeast Asians continue to utilize Kratom for its energizing and ache-easing properties. People in the West have just begun to consume Kratom, which is constantly increasing. Some people take Kratom for therapeutic purposes, while others do it for fun.

Taking Kratom has been linked to several health advantages, according to research:

Kratom has been investigated as a possible supplement for sexual enhancement. Researchers looked at several clinical research and published their findings on Kratom’s aphrodisiac properties, and they concluded that kratom may have potential as a powerful plant-based sexual booster.

There are three main strains of Kratom, all of which may affect how your body feels. The white, green, and red vein types act on the body similar to naturally occurring neurotransmitters such as endorphins. The alkaloid 7-hydroxy mitragynine, found in Kratom, is very potent, and is a possible area of research for future scientists.

Even though Kratom attaches to receptors the same way some pharmaceutical agents do, it is considered a completely unique product. It’s unique mechanism of action makes it safer than caffeine and other common plant alkaloids. No deaths have been uniquely attributed to kratom in and of itself.

Kratom contains a variety of mood-enhancing properties. According to reports, Kratom has been used by some for managing opioid addiction. No research on humans has been conducted, and reports of its usefulness are solely anecdotal.

Kratom supplementation decreased hunger in rats in another research by suppressing the hypothalamus, the region of the brain responsible for food and desires. These rat studies are interesting and help us contextualize the traditional use. In the coming years we can look forward to definitive human clinical trials to confirm whether these effects are also present in humans.

But why should you drink tea instead of tossing and washing? Read on to see which you’d select between kratom tea and toss and wash when it comes to kratom tea vs. toss and wash!

What does ‘toss and wash’ mean?

Toss and wash involve putting a tablespoon of kratom leaf powder into your mouth and swallowing with a gulp of water or your preferred beverage. It’s untidy, foul-tasting, and challenging to digest. Furthermore, it’s a technique you wouldn’t want to use before your friends, family, or coworkers. It is, nevertheless, the quickest and least expensive method of consuming Kratom.

Why do people toss and wash?

Tossing and washing, for example, increase the number of alkaloids that find their way from the leaf material into your circulation. It is a clumsy yet efficient method of consuming Kratom.

However, it has flaws, many of which are aesthetic. The flavor of a bit of mound of powdered kratom leaves on your tongue might be overwhelming for some people.

There are methods to make tossing and washing more enjoyable. You might start by half-filling your mouth with water and then delicately spooning the powder on top of it. Then, in an attempt to keep the flavor to a fraction of a second, swallow a glass of water swiftly.

Taking a tiny amount of crushed-up, raw leaf powder, especially on an empty stomach, might cause intestinal discomfort. It’s easy to see why the toss and wash approach is favored and inconvenient. It’s efficient but rough; it’s quick but not socially acceptable. The short answer is no if you’re asking if it’s a widespread eating technique in Southeast Asia.

So, what’s the other option? Now that we’ve figured out what tossing and washing are, let’s have some tea.

The advantages of Kratom have typically been weighed against the risks of ingesting the leaf. The kratom leaves are chewed swiftly as a quid or consumed as tea in Thailand, used for generations. No leaf matter is swallowed in any of these three ways of eating.

Why should we ignore tradition if we don’t have a good reason? It’s not difficult to distinguish between excellent and terrible teas. Would you want your “kratom tea” to be powder blended with hot water, resulting in a gritty drink that still requires leaf consumption? Alternatively, would you prefer to extract the alkaloids from a teabag steeped in boiling water without having to swallow the plant matter?

Both alternatives are accessible on the internet. However, buy multi-strain tea bags online. The main difference between tossing and washing and drinking kratom tea is where the plant debris ends up.

Both ways successfully get the desired alkaloids into your body, but with tea, the leaf is removed or composted, not digested.

Another advantage of drinking tea is that the hot water has already removed the alkaloids from the kratom leaf. And when your body has an easier time absorbing something, you’re more likely to reap the advantages sooner!

How do I get Kratom tea?

Combine boiling water with some acidic fruit juice and steep kratom tea bags for 15 to 20 minutes in hot water. Ideally in a thermos. Allow the essence to mix well. You may then sweeten it to taste. However, it is found that the natural bitter tones grow on us with time, much like when we first started drinking coffee.

Tea time may also be a soothing routine. It’s all about figuring out how you prefer your tea and what factors you can experiment with. You’ll find what you pick after a few tries and experimenting with factors like steep time, citrus content, sweetening, complimentary herbal teas, and so on. Tea time is all about you honing your craft!

The coffee family includes the kratom tree. Many people use coffee beans for its energizing effects, similar to kratom leaves. Finally, the decision between kratom tea and toss and wash comes down to how comfortable you are with ingesting raw leaf powder and how much pleasure you desire from your kratom practice. Overall it provides the consumers with a superior kratom tea experience.