When you consider the full range of public health issues, vision and eye health may not arise as one of the most talked about concerns. But that’s because even experts within the healthcare industry may not be aware of the severe consequences of uncorrected vision, from the individual level all the way up to the global economy.

Vision plays an essential role in terms of workplace productivity, the economy, and overall quality of life in the United States. According to a study conducted by Edward Barnwell, the average expenditure per member for those not having an eye exam was 62% higher than for those who had had an eye exam.

But it’s not just working-age Americans who suffer – more than 2.9 million older adults in the United States are impacted by impaired vision, a factor which can reduce their capacity to read, drive a car, watch television, keep personal accounts, and even keep in touch with friends and family.

These challenges are considerable, regardless of the age group involved. So what can be done about it? The National Academies of Sciences, Engineering and Medicine proposed five key steps to mitigate the damage impaired vision can cause to society: facilitate public awareness, generate evidence to guide action, expand access to clinical care, enhance public health capacity and promote community action.

These steps sound easy, but another layer of complexity is added to the issue of uncorrected vision when you consider that each state has a different visual standard for drivers licensing and minimal standards for children entering schools. The U.S. alone saw the total economic burden of eye disorders and vision loss reach $139 billion in 2013. It’s time to explore solutions to this problem, regardless of the challenges that may lie ahead.

Employers should be the first to support vision standards, as nearly 90 percent of those who use a computer at least three hours per day suffer vision problems associated with computer eye strain. Furthermore, in 2009, the World Health Organization revealed poor vision’s effect on global productivity to be $272 billion.

In addition to the economic impact, it is estimated that uncorrected vision results in a social burden of 283,000 disability adjusted life years lost, and by 2050, the number of people with impaired vision or blindness in the United States is expected to double.

In addition to correcting vision problems as they appear, we also advocate for early intervention – by placing a premium on children’s vision. The data suggests this would have a significant economic impact, as children’s vision disorders cost an estimated $10 billion annually in the United States alone.

Just as these losses are documented, though, there is significant evidence to support the fact that corrected vision can have a positive impact on children’s lives and yield future economic benefits.

For example, a study of low-income students in Florida showed that providing free vision exams and eyeglasses significantly improved student achievement in math and reading for fifth graders. Globally, a 2016 report from EYElliance documented how the lack of glasses contributes to learning disadvantages, as 80 percent of a child’s  learning occurs through vision. The report went on to state that the problem of access to affordable glasses, however, is readily within society’s capacity to solve as new developments in technology could accelerate the ability to reach consumers at a significantly lower cost and on a larger scale.

Within the United States, the Vision Impact Institute is advocating on behalf of school-age children through our Kids See: Success initiative. This partnership with Optometry Giving Sight and VSP Global aims to educate parents, legislators, child advocacy groups, school nurses, teachers, and administrators about the social, educational, and future economic benefits of comprehensive eye exams for children prior to entering kindergarten.

A standardized vision assessment for all states is essential to ensuring consistency in vision care in the United States. I encourage each of you to consider how you can contribute to making eye health an imperative moving forward. 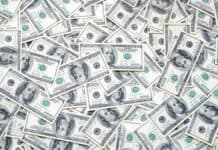 Top Tips on How to Save for Retirement 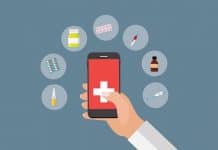 Tackling the Skills Shortage Within the Biopharmaceutical Industry 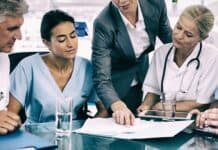