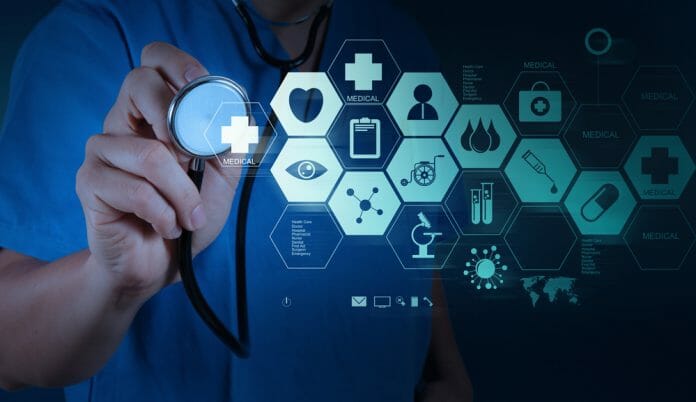 Interesting results from a recent mRNA cancer vaccine review are promising news. Coupled with ever-expanding scientific research like findings about cancer tumor microbiomes, it demonstrates progress in our understanding of the disease and our ability to fight it.

Over the past 50 years, investments in research to better understand, prevent, diagnose and treat cancer have paid off. Improved screening, early-detection protocols and advanced pharmacologic treatments have all led to significant drops in cancer mortality and a record 18 million cancer survivors alive today in the U.S. — more than six times the number of survivors alive 50 years ago.

Recent advances in technologies are also helping improve our chances of beating cancer, adding to what prevention, screening and medicine can achieve while we eagerly await vaccines and other potential cures. This potent combination of investment and innovation in battling some of the deadliest cancers could also serve as a roadmap for how to attack other dangerous or chronic diseases.

Lung cancer presents a clear example of this trend over time. It is the second most common type of cancer and the leading cancer killer in America, accounting for roughly25% of all deaths from cancer. Depending on when a patient receives their diagnosis and what type of lung cancer they have, it can be deadly, with a combined 5-year survival rate for small cell lung cancer of only seven percent.

Yet, a profound drop in lung cancer deaths over the last few years is powering an overall drop in cancer mortality. This can largely be attributed to earlier screening, the success of smoking cessation programs, more aggressive treatment protocols and the development of two new types of medications.

Immunotherapy drugs power up the body’s own immune system and use that to target cancer cells. In contrast, targeted therapy drugs – or precision medicines – are designer pharmaceuticals that attack specific mutations or certain portions of a cancer cell.

Taken together, these recent advances have helped drive an accelerating decline in deaths from lung cancer. Between 2006 and 2013, deaths from the most common type of lung cancer among men in the U.S. fell 3.2% each year. That rate then improved to a decline of 6.3% each year from 2013 to 2016.

Looking ahead, those numbers should fall even faster as new robotics platforms come to market that are specifically designed to help improve lung cancer diagnosis and treatment. Finding and locating malignant lung nodules is notoriously difficult. However, the use of tomosynthesis – a new type of real-time 3D localization technology for robotic surgery – holds promise for better location of these lesions and more effective biopsying and removal of them.

A similar equation of new treatment protocols plus robotics advances could be applied to other deadly diseases or chronic conditions. This one-two punch could help to limit escalations, allow more patients to find relief and would continue to chip away at cancer and other mortality rates.

Consider coronary artery disease. Today, more than one in five Americans die from heart disease each year, making it the single leading cause of death in the U.S.  This is largely due to unhealthy lifestyle habits combined with the often late stage diagnosis of the disease. Many people don’t realize they have a problem until they are in the hospital, suffering from a heart attack or other heart issue.

Fortunately, a much more sophisticated approach to assessing risk factors for heart disease is beginning to be implemented. Diabetes, high cholesterol and blood pressure are risk factors that now precipitate a response, such as a referral to a cardiologist for more testing like CT scans and angiograms that can provide detailed images of the heart and vessels. This earlier intervention can assess the progression of disease and allow for better outcomes.

Beyond getting a patient’s morbidities under control through targeted medicine and lifestyle changes, physicians may also need to take more dramatic steps to prolong a patient’s life. In those instances, like with lung cancer, emerging robotics technology could have a significant and positive impact on coronary heart disease treatments.

Coronary artery bypass surgery and mitral and tricuspid valve repair are examples of procedures that have shown the potential for improved outcomes using robotic interventions. One significant advantage of using robotics is that the medical team can gain access to the heart through very small incisions on the sides of the chest. This is far less traumatic for patients than the much larger incision across the front of the chest that is required for traditional heart surgery, resulting in a lower risk for complications and, typically, faster recovery and fewer days in the hospital.

There are robotic systems on the market today that address some of these needs but there is still much room for evolution and improvement. A new type of robotic solution that does not require incision through the chest but could still access the internal structure of the heart could potentially save the patient, reduce the surgical risk and further minimize the wound to speed up the recovery.

By deploying advanced robotics platforms in the fight against heart disease, we could also improve the identification, diagnosis and treatment of the many causes and effects of these coronary conditions. Doing so without the need for open surgery dramatically improves a patient’s prospects, while also allowing the patient to heal faster and with less pain.

This capability is further enhanced by the application of soft robotics, or systems made from soft, pliable materials that can navigate internally without causing damage to organs or other sensitive portions of the body.

Ultimately, robotics innovation holds the potential to help advance our fight against disease, promoting better healing and less scarring as we close the gap between current treatments and future cures.

We live in a golden age of medical innovation and advancement. Investment in new technologies amplifies publicly funded programs that are helping to undermine and overcome deadly diseases like cancer.

As we continue to develop these new technologies aimed at fighting our most dire diseases, it’s important that we leverage both their successes and failures as instructive opportunities to illuminate new ways to fight medically adjacent conditions.

Jian Zhang is a serial entrepreneur and CEO and founder of Noah Medical. Prior to Noah Medical, Jian also co-founded two other successful startups and served as the CEO. In addition, he was employee #2 at Auris Health, which was acquired by Johnson & Johnson for $5.7B in 2019. Prior to joining Auris, he worked at Intuitive Surgical. Jian received his MS and PhD from Columbia University.

No Cancer Left Behind: What You Need to Know About Rare Breast Cancers

Breaking Down the Basics of Patient Navigation in Cancer Treatment