Perhaps the most recognized eating disorder, anorexia nervosa, also known as simply anorexia, is the use of excessive diets and exercise, starvation or induced vomiting to lose a drastic amount of weight. Eating disorder experts such as Jack J Wu connect these physical symptoms with behavioral patterns that convince patients they have gained too much weight and must get rid of it through any means necessary. This condition and these methods can create deadly health problems on the patient due to malnutrition.

The opposite counterpart of anorexia is binge eating disorder, where the patients eat excessive amounts of food and at frequent rates, long after they feel full and satisfied. People who suffer from this condition feel like they have an overwhelming lack of control over their binge eating. Even though they cannot help themselves, they hide away to eat in shame and embarrassment.

Another eating disorder most people are aware of is bulimia nervosa, or just bulimia. People under this condition also feel a lack of control over what they eat. As a result, once they consume an excessive amount of food, they resort to dangerous dieting efforts to lose their fast-gained weight. This dramatic gain and loss of weight can lead to numerous health issues, including heart disease, kidney failure and death.

Restrictive eating disorder is one of the lesser-known eating disorders. Most common with children who are very selective eaters or have another anxiety disorder, this condition causes people to avoid certain types of food to the point where they are significantly malnourished. Unlike anorexia nervosa, restrictive eating disorder is not caused by any anxiety or worry about weight gain or obsession with staying thin, but more particular anxieties instead. However, the symptoms and consequences are very similar.

These are just some of the more prominent examples of eating disorders found in the field. In addition, there are other disorders out there that take a toll on the wellbeing of patients. People that notice dramatic weight shifts or irregular eating patterns on themselves or others should consult with a psychiatrist and a nutritionist to detect and treat a potential eating disorder before it is too late. 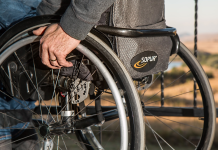 Who is Eligible for Social Security Disability Benefits?