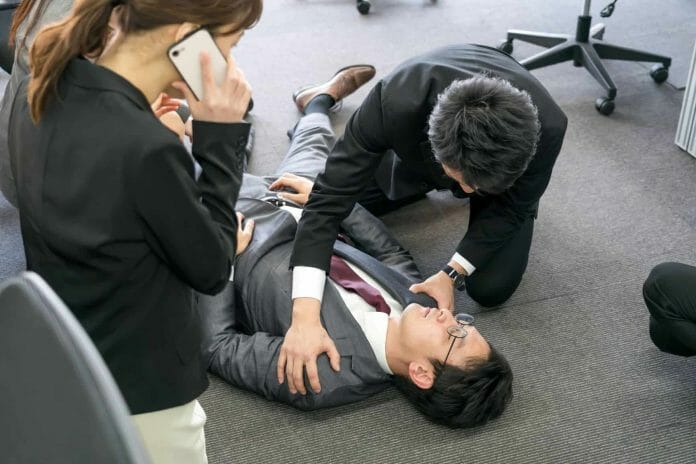 When faced with cardiac arrest or any condition that induces arrhythmia, a reliable defibrillator on site can make a crucial difference. The longer the brain stays deprived of oxygen delivered by the heart, the higher the risk of irreparable brain damage.

However, only trained personnel like EMS can carry and use such equipment. Response times can vary, the average between 7 and 14 minutes—in which case, a patient’s chances have grown slim. Advanced external defibrillators (AEDs), introduced in 1978, are portable and simple enough for anyone with enough training to operate them.

This year, Australia-based CellAED hopes to roll out a new kind of AED that’s even more portable and easier to use than other AEDs in use today. Dubbed the Smart First AED, this combined system is currently awaiting approval from Australia’s regulatory body. When approved, however, it will contribute to lessening out-of-hospital cardiac arrest deaths around the world.

Here’s an in-depth look at Smart First AED and its game-changing technology.

One look at the Smart First AED kit, and it’s easy to dismiss it as a typical first aid kit. You’re not wrong, given that most of the items inside are standard-issue like alcohol wipes, disposable gloves, shears, and a CPR pocket mask.

But, at the heart of the kit is CellAED’s revolutionary pocket-sized AED, which is no larger than a smartphone. Donovan Casey, the company’s founder, had been inspired to make the device after a cardiac arrest that nearly claimed his wife in 2014. He hopes to give the millions who suffer from this debilitating heart condition a chance to live another day.

The system works in four steps:

It also features a button for defibrillating victims less than 10 kg in weight, namely infants.

A typical AED works by analyzing the heart’s rhythm and delivering the correct shock to jumpstart the heart. CellAED’s system works the same way, but is smaller than most devices in the market. When used while administering CPR, the device can double the victim’s survival rate long enough for EMS to arrive.

As of this defibrillator review, CellAED plans to launch its device as part of the Smart First AED kit in New Zealand this year. As it’s still awaiting approval, the device’s final look may differ from the initial demonstrations. The company hopes to produce one million units a year and give every home and office the means to save a life.

Portability is the device’s greatest asset, taking up little space that allows the kit to carry more first aid items. The Smart First AED’s workplace variant reportedly features color-coded pouches that contain essential items for various cases like bleeding and burns. It also carries a first aid manual, allowing people with little to no formal medical training to use the kit effectively.

While not completely unaffected, the device is less vulnerable to electromagnetic interference. This problem often occurs in hospitals and other facilities, where various devices placed close together can damage it. Homes and offices will mostly employ these kits, which rarely—if at all—own medical equipment.

Because the system is still under review in Australia, there’s little information on its effectiveness in an actual scenario. It has only seen concept exhibits at medical tech fairs like Medical Fair Asia 2018 in Singapore and a few video demos.

In spite of being more straightforward than a normal AED, the device still requires some training on its proper use. Pads positioned in the wrong places can result in miscalculation of the heart rhythm, leading to a disproportionate charge.

Another downside is that the portability comes at the expense of reusability. The device only has enough power for one-time use, after which it’s thrown away. Even if not used, its battery can lose its charge over time, rendering it useless in an emergency.

Surrogacy For Gay Couple: Features Worth Paying Attention To

Why Should Rosemary Essential Oil Be Your New Favorite?