A Shift to Home Testing

Determining whether a patient has sleep apnea or not requires a diagnostic polysomnogram (PSG), also known as a sleep apnea test. Until relatively recently, this test had to be performed in a sleep lab. In-lab sleep studies are costly due to the significant overhead involved; the average in-lab sleep study cost ranges from $1,000-4,000, depending on region. Testing rooms require extensive remodeling to accommodate the necessary diagnostic equipment, which itself is expensive. Also, a technologist must be present the entire time, generating significant labor costs. The high overhead contributes to an access problem. In an attempt to consolidate studies and generate wait lists that they may tap on short-notice to help prevent empty beds, sleep labs typically are not open every night . Often, the modus operandi of sleep labs is to be open only three to four nights a week. This model has led to a typical wait time of several weeks to months to get an in-lab sleep study.

In 2003, the American Academy of Sleep Medicine (AASM), which is the field’s governing body, published new practice parameters regarding out-of-center sleep apnea testing. The conclusion at that time was that there was insufficient data to recommend unattended home sleep tests were for routine obstructive sleep apnea (OSA) evaluation. However, in 2007 after new data became available supporting the use of home sleep testing , the AASM reversed itself, publishing new clinical guidelines greenlighting out of center testing for patients with a high pretest probability of moderate to severe OSA.

Home sleep testing initially was slow to catch on, with sleep labs generally resistant to implementing the new technology due to lower reimbursement rates. However, due to the steady rise of sleep apnea diagnostic costs, health insurance companies increasingly have turned to home sleep testing as a cost-saving measure. The typical cost of a home sleep test ranges between $150-400, much less expensive than an in-lab study. Many insurers are now mandating home sleep tests as a first-line diagnostic tool, with in-lab studies only approved for more complex cases. Besides reducing costs, home sleep testing increases access because  programs are not hamstrung by a finite resources, i.e. testing beds and technologists. Home sleep testing programs can be scaled up by deploying new machines as needed, essentially without limitation.

Traditionally, after being diagnosed with sleep apnea during the first sleep study, patients need to return to the sleep lab for a second night of testing called a “titration.” During the titration, the appropriate type of positive airway pressure (PAP) therapy, e.g. CPAP, BPAP, etc.,  and specific pressure settings are determined.  The patient is then dispensed a “fixed-pressure” machine that can only generate the one cardinal pressure. The problem is that pressure requirements typically vary during the night due to body and neck position, stage of sleep, degree of sleep deprivation, and other factors. The latest iteration of PAP machines have auto-titrating capabilities. This means that the machines have internal algorithms that allow them to adjust pressure accordingly to continuously maintain patency of the upper airway. Consequently, these newer machines maintain the lowest pressure needed to keep the upper airway fully-open, which can enhance comfort and improve outcomes with this notoriously difficult-to-tolerate therapy. Auto-titrating machines have served to drastically reduce the number of in-lab titration studies needed.

These more advanced machines have also reduced the need for so-called “retitration” sleep studies. Formerly, a significant weight change, gain or loss, would necessitate the patient returning to the sleep lab to recalibrate the PAP machine’s setting. APAP machines obviate the need for this type of sleep study. The cost-benefit ratio is clearly in auto-titrating PAP machines’ favor, as they are generally only about 10-20% more expensive than fixed pressure machines.

Telemedicine is an emerging mode of health care delivery that can broadly be defined as care that is provided with physical separation in place between practitioner and patient. The minimal requirement to establish a patient-doctor relationship via telemedicine is a synchronous video feed through a secure Internet connection. Sleep apnea management is particularly well-suited to telemedicine due to the lack of any required physical examination findings to make the diagnosis. Many insurers require an initial face-to-face consultation prior to authorizing a sleep study to document signs, symptoms, and/or medical co-morbidities to justify the procedure. Nationwide, there is a shortage of qualified sleep medicine physicians and, in many parts of the country, wait times exceed three months to obtain a consultation. There are several ways that telemedicine consultations can serve to increase access to sleep doctors while simultaneously reducing costs of the services.

Telemedicine allows patients who reside in areas that are underserved, in terms of sleep medicine, access to sleep doctors. Commuting is eliminated for both patients and doctors; research suggests that satisfaction is high in both groups with use of telemedicine. Other populations that face barriers to obtaining care may benefit from a telemedicine model. Commercial drivers comprise a large cohort  of patients who require sleep studies.  Drivers may be “flagged” by their occupational health physician as high-risk for OSA and risk losing their licenses (and livelihoods) if they do not address the issue in a timely fashion. Drivers are often logistically challenged to go to the sleep lab and clinic as, based on their compensation scheme, they may suffer monetary losses if they are off the road.  Access to a sleep doctor via a telemedicine platform, in conjunction with home sleep testing, can enable commercial drivers to get tested and stay on the job. The ability to have a face-to-face encounter at a remote location of their choosing, e.g. at a rest stop, is of great value to drivers.  In our experience, other groups, such as shift workers and those who work considerably more than the traditional 40-hour work week, often find that telemedicine, in conjunction with home sleep testing, better fits their needs than the traditional care model.

Finally, a sleep telemedicine clinic is much less costly to operate than a traditional brick-and-mortar clinic. This reduction in overhead can be passed on to the patient, allowing patients with no insurance or high-deductible health plans who have been “sitting on the sidelines” to enter the health care system and address their sleep apnea.

Joseph Krainin, M.D., is the founder of Singular Sleep, the first-ever online sleep center. He is double board-certified in sleep medicine and neurology and is a Fellow of the American Academy of Sleep Medicine.

Practices with Surgery Centers: A Gem to Private Equity 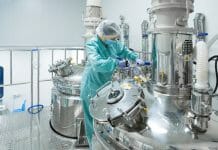 Types of CRM. What is CRM?