Why 2021 is the Health IT Point of Inflection 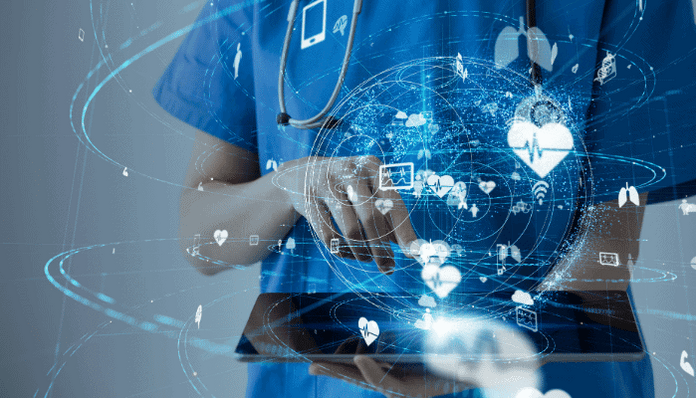 The next two years will be a watershed moment for healthcare technology.  Over the past two decades, innovation in software technology has boomed while healthcare technology has remained mostly stagnant. This was despite the shot in the arm Congress gave the industry in 2008 with the passage of the HITECH Act and various additional legislation and regulations.  Although government intervention can lead to more friction, optimism remains strong that recently implemented regulations from the Office of the National Coordination for Health Information Technology, or the ONC, promise to unblock billions of dollars in dataflow.   These regulations, including exciting newly adopted standards of data exchange, allow for easier flow of patient information between providers and promise to be the biggest boom in healthcare technology in the past decade.

The past decade has seen explosive growth in areas of information technology exchange and mobile phone application development.  Apps such as Zillow and Redfin easily connect to the Multiple Listing Service through an Application Programming Interfaces (APIs) and provide real time updates on home listings and prices.  Mint.com allows connections to hundreds of banks simply and easily.  It takes only one click to share a shopping list with a spouse.  In 2012, Wired magazine published an article “API: Three Letters That Change Life, The Universe and Even Detroit” explaining in essence that by opening a company’s API, every developer can dream up solutions to enhance a product.   Bloomberg, a financial news outlet, opened it’s API in February 2012 in an attempt to bring innovation to financial services from software developers around the world.  Piggybacking on an explosion of companies opening up their APIs to share data created a nice opportunity for Apigee, which built an API management platform for companies and, in 2016, sold to Google for $625 million.  On the heels of Apigee’s success was another API aggregator startup MuleSoft, purchased for a whoping $6.5 billion by SalesForce in 2018.  With all these advancements coming down the track, a revolution in application interconnectivity was well under way –  yet trailing way behind in the race was healthcare technology. This sad race performance sent healthcare technology to a new breeder, the national government, which saw the need to take action and whip it into shape!

Healthcare fell behind for a few reasons.  First,  physicians and hospital workflows relied heavily on paper documents.   “Doctors have had paper records for almost 100 years, and they got really good at it” says Andy Boyd, a professor of health information sciences at the University of Illinois at Chicago.  Changing this 100 year old practice of pen to paper was seen as an unnecessary burden for most.  Second, many doctors found the use of software in their practice to be centered around billing, not on the patient.  Third, the enormous setup cost to implement a digital Electronic Health Record (EHR) solution in healthcare at the time.  Frustrated and exploited doctors didn’t have the appetite to drop roughly $30,000 per physician.

Those in the healthcare technology sector have long dreamt of a day when an exchange of information between doctors would be handled electronically and uneventfully utilizing services such as Apigee.  Excitement grew in 2009 when congress passed The Health Information Technology for Economic and Clinical Health (HITECH) Act. The HITECH Act aimed to improve hospital digitalization and increase the use of EHR systems by adding better patient privacy and data protections.  At the time only 10% of the nation’s hospitals embraced EHRs.  Many of which were years behind recent technology advancements.

In an effort to accelerate the adoption of the HITECH Act, the United States Department of Health and Human Services (HHS) was authorized to provide $25 billion to healthcare providers, much of it as a financial incentive to increase EHR adoption and healthcare record digitization. To receive these funds, providers had to show they were ‘meaningful users’ of EHR systems.  The Meaningful Use Program contained three stages that needed to be satisfied by eligible professionals and hospitals by 2016 in order to continue receiving Medicare and Medicaid full reimbursements. In the first stage, healthcare providers were required to show they had implemented an EHR to capture and share data. The second required patients to have access to their own medical records through an online portal. Any access to patient data through an online portal was seen as a potential gold rush for innovative healthcare technology startups. Leveraging this patient gold, companies could support and satisfy Stage Three of Meaningful Use: Improved Patient Outcomes.  Achieving Stage Three would essentially allow Health IT vendors access to comprehensive patient data, unlocking limitless potential to help improve a patient’s health, not to mention overall efficiency gains through digitalization.

Unfortunately between 2011 and 2017, the implementation of the HITECH Act and the Meaningful Use Program, resulted in only a minor increase in the flow of healthcare data. Vendors soon found there was a lot of uncertainty over what information they should and could share.  Patient data from certain larger EHR systems was either unavailable or purposely blocked.  As a result, in 2016, Congress addressed this issue through Title IV of the 21st Century Cures Act which authorized the ONC to implement guidelines “to advance interoperability; support the access, exchange, and use of electronic health information (EHI); and address occurrences of information blocking.”  This provided a glimmer of hope that electronic patient information would soon flow freely.  Healthcare entrepreneurs rejoiced and investments flowed. According to Rock Health, 2018 was a record-breaking year for the healthcare technology industry, totalling $8.2 billion in investment.  Venture capitalists sang the praises of acquiring Pandora’s box of patient data. Unfortunately, the Government and Healthcare are slow and many of the well established health information companies knowingly and unreasonably continued prevent the box from ever opening.

In an open letter to customers, Epic, a well known Electronic Health Record company, opposed the ONC’s regulations that would make data sharing more readily available.  Another failed attempt at satisfying patient data portability requirements resulted in a $155 million dollar settlement with the DOJ and eClinicalWorks in 2017.  Finally, according to an article published this year in the Journal of the American Medical Informatics Association,  “Information blocking remains prevalent.”

Dr. Eric Topol, founder and director of Scripps Research Translational Institute, mentioned “I can’t even get my data. So this is a really pathetic situation, because it’s basically the business of medicine. And the last person that the business of medicine really cares for is the patient.”  Although claims like Dr. Topol’s were disputed by the EHR Association Executive Committee, the struggle to obtain meaningful patient data persists in many of the most notable EHR companies leading to a burgeoning of pissed off and frustrated healthcare technologists.

Fortunately a new torch has recently been lit by the recent arrival of the “information blocking” rules.  This stems from the recent regulations implemented by the ONC authorized by the 21st Century Cures Act which prohibit EHR vendors from partaking in what is known as “information blocking.” With collaborative input from thousands of growing healthcare startups collected through 2019 and 2020, the ONC has implemented it’s Final Rule to support seamless and secure access, exchange, and use of electronic health information.

The ONC’s Final Rule puts patient data firmly in the hands of patients.  The biggest condition to accelerate innovation for Health IT developers is the requirement to provide APIs.  Through these APIs, the healthcare data gold rush is just beginning.  An additional nugget is the requirement of a standardization, called Fast Healthcare Interoperability Resources (FHIR).  The FHIR API standard has been in the works through Health Level 7 International for the past seven years.  FHIR will allow any healthcare vendor simple, standard access to patient centric data.  The ultimate goal being every vendor follows these standards of data exchange so that items, such as allergies and intolerances, progress notes, lab results, imaging, medications, vital signs and more, are easily obtained through a simple API.  Essentially almost any technologist can now jump in to analyzing patient data for better outcomes, freeing them from unconventional hoops to jump through and walls to climb over.

One healthcare innovation that has already benefited from an open API technology is eConsults.   eConsults virtually connect primary care providers with specialists to get guidance on treatment pathways then can often be carried out immediately – a huge benefit to those who may not have immediate access to specialty care. The ability for the specialist to access the needed patient chart in near real time and provide rapid assessment and care plan advice has avoided nearly 73% of unnecessary specialist visits according to ConcertoHealth.

Although a decade has passed, the most recent advancement in unmasking of patient data is proving positive.  Investments in Healthcare Startups are trending up and fast.  Research firm CB Insights said 2020 total funding has now reached $80.6 billion.  With the combination of investment and access to patient data, growing frustrations with the nations healthcare will finally start to reverse course and are certain to lead to better patient outcomes at lower costs.   In the next two years, be on the lookout  for an upcoming story entitled: “API: Three Letters That Change Life, The Universe and Even Healthcare”.

Travis is the Vice President, Software Engineering of AristaMD, the leading eConsult platform that provides a telehealth solution to primary care providers with the ability to conduct electronic consults, also known as eConsults, to collaborate with a board-certified panel of on-call specialists. Travis brings over 18 years of experience managing and architecting software engineering projects. Travis has built scalable software in multiple industries including telecommunications, marketing, biotechnology, life sciences, and healthcare. He has extensive experience in the software development lifecycle, IT infrastructure management, risk management of software deployments, cloud architecture, HL7, and developing high-performing software engineering teams.

Travis is an active participant in the local technology community as a contributor, thought leader and has been a featured presenter in many areas of software development.