The impact of monopolies on consumers and entire sectors of our economy has taken on new life in America’s national conversation. From “Big Tech” to health care, policymakers are trying to adapt regulatory frameworks to better handle the fast-paced nature of modern industry. In doing so, the one area policymakers should prioritize is reining in the power of hospital monopolies.

Across their practices, independent physicians are being buffeted by the unchecked power of hospital monopolies threatening their ability to remain afloat and making the continued practice of medicine increasingly difficult.

The growing power of hospitals achieved through system consolidations and the purchase of independent physician practices not only eliminates competition but systematically reduces the quality of care-all while driving costs skyward. This contributes to surging costs for health care and is, in part, why health care is 17% of our nation’s GDP, six points higher than the average of comparable countries.

A little more than a year ago, before COVID-19 upended health care in America, an extremely important paper published by the New England Journal of Medicine reported hospitals acquired by another hospital or health system had no significant change in 30-day readmission or mortality rates. The study even found a decline in patient experiences at the acquired hospitals. Put another way: the growing consolidation of hospitals had no impact on the quality of patient care and may even lead to a worse patient experience.

What does this changing landscape look like to an independent physician? First, a local hospital system consolidates with a larger regional system. Then, local independent practices get acquired by the hospital system, extending its monopoly. Patients then must pay a higher co-pay because the doctor’s office is now a different site of service (hospital-owned). Most insurance contracts require this. Compound this with the fact that the different site of service also has, in general, at least a 30% higher charge. This means the patient also has a higher out of pocket cost in addition to the higher copay. All for what? Improved quality? No. Just more income for the monopolies, less access to care for the American public, and a higher portion of the GDP dedicated to health care. With multiple studies showing hospital prices rise with consolidation, the need for an aggressive effort to arrest the predatory behavior of hospitals is clear. As we emerge from the pandemic, curtailing hospital systems’ malignant and metastatic behavior over health care should be included in broader efforts to rein-in other monopolistic industries.

However, the question must be asked: in the face of increasing wealth and power of hospital monopolies, who among our elected officials will stand up for independent physicians and, by extension, the patients that rely on affordable and quality care? As one media outlet recently reported, the growing clout of the hospital lobby will be difficult to counteract, and the cabals they represent are benefiting from the current status quo. They will go to any measure to maintain it. This is all without contemplation or acknowledgement of what the absence of independent physicians could mean for the long-term stability and longevity of our nation’s health care system.

The onus is with Congress to finally address this issue of hospital monopolies, which can be added to their growing list of economic subsectors requiring serious and swift oversight. Years of legislative and regulatory neglect regarding rapid expansion of health care consolidations and a resulting decline in equitable and affordable health care must be rectified. Now.

The Biden Administration may prove to be an active partner in curtailing the effects of hospital monopolies and consolidation with the confirmation of Xavier Becerra to lead the Department of Health and Human Services (HHS). His willingness to stand up to hospital monopolies during his tenure as California’s Attorney General gives us hope he will continue to do so during his tenure at HHS.

As a leading organization among independent physicians representing more than 25% of the nation’s practicing urologists and providing more than 30% of the total urologic care in the U.S., my colleagues and LUGPA are poised to address this challenge head-on and work with Secretary Becerra and others to ensure hospital monopolies no longer threaten marketplace fairness and patient access to our services. We simply must not – we cannot – let this juggernaut continue to define the delivery of patient care.

Healthcare Leadership: Understanding Our Own Bias 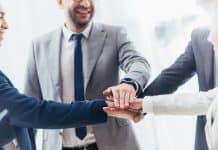 The Antidote: Leading in the Healthcare Sector