The Ever-Changing Role of the Healthcare CEO 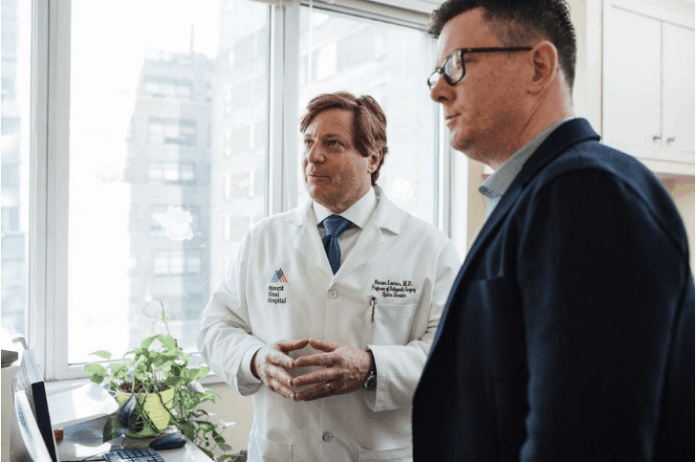 The challenges facing healthcare organizations — and by extension, those in the C-Suite — are many. Topping the HealthCare Executive Group’s list of critical concerns for 2020 (which was compiled through the input of over 100 industry leaders) were costs and transparency, which is no surprise, given spiraling medical and pharmaceutical fees.

Another forward-looking report, “Leading CEO’s (sic) 2020 Vision for Healthcare,” amplified on some of the list’s more salient points. First and foremost was the belief that the trend toward value-based payments, in the works for a decade now, will continue, though fee-for-service will remain in vogue for at least the next five years.

The report also mentioned the need for cost reductions, particularly as they pertain to care delivery, as well as the elimination of “clinical waste” — i.e., unneeded care — something that can be accomplished in part through innovation. Another trend, toward the consolidation of hospitals, physicians, insurance plans, et al., was also examined in the report.

Against this backdrop, not to mention long-standing issues like the aging of the U.S. population and concerns over recruitment and retention, there is a need for more adroit, enlightened leadership in the healthcare sector than ever before — for a skillful approach that will enable a given organization to thrive in the decade ahead. And while there are significant differences in the responsibilities of those in this field as compared to those in the business world at large, there are commonalities that will be explored here.

In large part leadership comes down to not only what you do but who you are. Here are some factors impacting the latter:

As outlined in Daniel Goleman’s 1995 book, Emotional Intelligence (which drew on the findings of psychologists John D. Mayer and Peter Salovey), EQ — short of emotional intelligence quotient — is the ability to use one’s emotions to full advantage, rather than allowing them to become an impediment. Self-awareness, self-motivation, empathy  and social skill are the foremost characteristics of those with a high EQ, and leaders who exhibit it are more likely to encourage creativity and risk-taking, while also welcoming the opinions of others, even those who disagree with them.

This ranks high on the list of EQ-related qualities. Eyal Lifshitz, CEO of the small-business lender BlueVine, wrote in a 2017 piece for Entrepreneur that in his estimation this trait, in combination with a healthy amount of confidence, makes for an approach that is superior to the brash style of Steve Jobs, the late Apple head, not to mention the hands-off MO of the Hewlett-Packard founders. A study conducted three years earlier by the University of Washington’s Foster School of Business reached the same conclusion — that employees respond best to humble leaders.

A 2015 Forbes piece noted that diplomatic leaders are more common than any others in the U.S., and they’re all about caring and collaboration, all about togetherness and tight bonds among their employees. Moreover, they are apt to place people in positions where their skills can be put to their best use (crucial in minimizing the sort of clinical waste mentioned above) and able to quash conflict quietly.

While those are the most important traits among leaders, here are the things that should top their to-do lists:

As in, cultivating a positive culture. That means assembling a strong leadership team (COO, president, CFO, etc.) through thorough searches and intelligent interviewing. It means giving them (and others) room to do their jobs — just say no to micromanaging — and the resources with which to do them. And more than anything else, it means giving everyone a vision and direction; otherwise, the business becomes a rudderless enterprise, doomed to failure.

This feeds into the whole idea of establishing a vision, and making sure that everyone is pulling in the same direction. It is one thing to create a catchphrase, quite another to make it actionable. In addition, a CEO can ensure that there is a free flow of ideas — that rather than holding to a my-way-or-the-highway approach, he or she solicits input from those throughout the company, ensuring growth and morale. Finally, the CEO is the face of a company, whether doing media interviews or making public appearances, and the link to the board.

Yes, it is true that when a startup is getting off the ground, a CEO must wear many hats, do many things. But as the business grows, that is no longer possible. It is exhausting for the entrepreneur in question, and demoralizing for the team as a whole. That said, a leader walks a fine line. InList founder and CEO Gideon Kimbrell wrote earlier this year for Entrepreneur that it is far more damaging to delegate too early — or to delegate the wrong duties to the wrong people — than to not delegate at all.

As mentioned earlier, there are various challenges in this day and age. But a CEO armed with the right qualities — and one who is able to take the right approach — should be equipped well enough to face them.

Joel Landau is the founder and chairman of The Allure Group, a network of six New York City-based skilled nursing facilities. He has also served as a member or an advisor on the Medicaid Managed Care Advisory Review Panel (MCCARP), NYS DOH Preventative Health and Health Services Block Grant, NYS DOH Task Force on Long Term Care Financing, and the Brooklyn Chamber of Commerce.