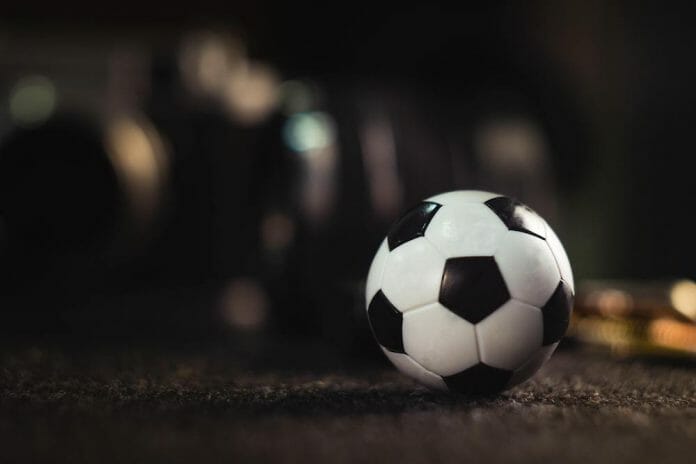 Permanent concussion substitutes in football aren’t as effective as hoped. But temporary substitutions could be a game-changer.

2021 saw the Premier League introduce permanent concussion substitutes on a trial basis. But incidents have arisen where a temporary substitution could have better-protected players. As a result, the Professional Footballers’ Association (PFA) and the Fédération Internationale des Associations de Footballeurs Professionnels (FIFPRO) have pushed for temporary substitutions instead.

Meanwhile, The Drake Foundation continues to fund and support research that investigates the link between sport-related head impacts and long-term health outcomes. The Foundation aims to improve the sports science industry’s understanding of sports-related head impacts so football authorities can make better-informed decisions about the laws of the game. Its ongoing research efforts have informed some of the activity taking place in football protocol change today.

New research indicates that retired footballers are 3.5 times more likely to die of degenerative brain conditions than the general population. And an increasing number of footballers who have sustained head injuries throughout their careers are being diagnosed with dementia. These players include members of the 1966 World-Cup-winning team, such as Nobby Stiles, Sir Bobby Charlton, Jack Charlton, Martin Peters, and Ray Wilson.

While the media spotlights the increasing number of football dementia cases, The Drake Foundation is funding important research that examines brain health outcomes linked to head impacts and concussion in football. Some of its studies include:

·       The HEADING Study, which investigates the link between heading the ball during a professional sporting career and brain health later in life. The Foundation is working with up to 200 retired footballers and examining their current neurological health in line with their sporting histories.

·       The Drake Football Concussion Study, which involves trialling the University of Birmingham’s revolutionary “Birmingham Concussion Test” on Premier League footballers. This test measures markers associated with head injury, and could one day be used as a pitch-side concussion test.

·       A brain pathology study, which tested 14 retired footballers who had sustained several head impacts during their careers for CTE and tested 6 of the players in a further post-mortem brain examination. The study identified behavioural changes and signs of Alzheimer’s and chronic traumatic encephalopathy (CTE) in many of the players.

·       The Drake Football Study, which involves researchers collating data from more than 200 professional footballers over a decade-long period. This study is the most comprehensive to date in measuring the physical and psychological health of footballers over time. The study should inform future preventative and curative protocols for players at all levels.

PFA and FIFPRO Letter to IFAB

Given the rise of footballers developing neurodegenerative conditions, football authorities knew something had to change. So, on Feb. 6, 2021, two months after the Wolves striker Raul Jimenez fractured his skull after clashing heads with the Arsenal defender David Luiz, the Premier League introduced a trial of permanent concussion substitutes. With this trial underway, players who sustain head impacts must leave the pitch for the rest of the match. The FA Cup, Women’s FA Cup, Women’s Super League, and Women’s Championship are also partaking in this trial.

However, the approach has received criticism. Some argue that footballers may try to hide head injury symptoms to play on, and others argue that a temporary substitute would allow for an improved assessment from a medical professional. The PFA and FIFPRO have concluded that the trial has given way to incidents that jeopardise player safety and fall short of the objective to improve player well-being.

As a result, the organisations have written to the International Football Association Board (IFAB), which governs the laws of football, pushing for IFAB to extend the trial period to allow time for testing temporary concussion substitutions. The PFA and FIFPRO referenced two Premier League incidents where a temporary substitution would have better-protected players, allowing more time for a medical assessment. In both incidents, the player who sustained a head injury continued to play after an initial on-field assessment and later discovered that their head injury was worse than expected.

In the first incident, West Ham’s Issa Diop collided with Manchester United’s Anthony Martial during a match at Old Trafford. West Ham substituted Diop at half-time under the new concussion protocol. In the second incident, United’s George Baldock suffered a head impact during a match at Leeds. He played on, but another player replaced him minutes later.

The letter also refers to a FIFPRO poll, which concluded that 83% of 96 medics in English, French, and Belgian football agreed temporary concussion substitutes should form part of new football regulations.

Change in the Game of Football

IFAB is still yet to confirm whether it will allow a trial for temporary concussion substitutes. In the meantime, various sports associations have updated their guidelines. For example, the Premier League has announced new heading guidelines for players at all levels for the 2021/22 season, the PFA has called for reduced heading in football training, and the Football Association (FA) has updated its guidance to discourage children under the age of 12 from heading the ball. The FA has also updated its heading guidelines and now recommends that clubs create player profiles that cover age, gender, position, and the maximum number of headings each player should perform during a match. Plus, the FA recommends that players should perform no more than 10 “higher force” headings each week during training.

Meanwhile, as player health is still at risk under current guidelines, football associations continue to encourage change from IFAB.

The Drake Foundation is a not-for-profit organisation that has invested more than £2.2 million into research and open-access sources that examine brain health in sports players and individuals who have been exposed to intimate partner violence (IPV). As the Foundation uncovers key insights into the link between head impacts and long-term brain health, it paves the way for safer sporting practices and an improved understanding of the risks that come with head impacts across the sports science space.