The Critical Difference Technology Can Make During the Coronavirus Crisis 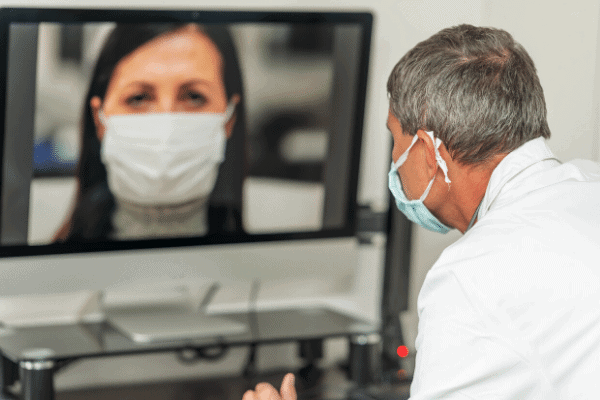 Microsoft co-founder Bill Gates has likened the coronavirus pandemic to a world war,  “except in this case,” he added, “we’re all on the same side.” It is a war that is being fought on many fronts, and one he is convinced technology can help win. Moreover, our response to this pandemic will help prepare us for those crises of the future, which the Harvard Business Review predicts are a certainty.

The challenges presented by this outbreak have been monumental. Through the end of April there were over three million confirmed coronavirus cases worldwide, and over 220,000 deaths. Over one million of those cases, and over 61,000 deaths, were from the U.S. alone.

The economic impact has also been considerable. Layoffs and furloughs have been commonplace, and many companies have been forced to shut down. There are those who believe that the U.S. is not only destined for a recession, but is already in one.

Technology can go a long way toward turning the tide. Video conferencing platforms like Zoom and Microsoft Teams have made it possible for many businesses and schools to continue to operate, even as shelter-in-place orders have been handed down. Telehealth platforms have enabled doctors to remain socially distant while examining patients, especially those dealing with issues other than the virus.

But tech can help fight COVID-19 in even more specific ways. It can help in areas like contact tracing — i.e., identifying those who come in contact with an infected person. It can help improve testing and treatment. Most importantly, it can help us find a vaccine.

To that end, representatives of Facebook, Amazon and Google staged a virtual brainstorming session with the World Health Organization in late April. The thrust was simple: How can they help most? In the meantime, those three companies, along with Apple and Microsoft, have donated $1.25 billion between them to various causes.

Other organizations have also launched initiatives designed to combat the virus. Particularly notable is Code Against COVID-19, which enables organizations to connect with freelance developers when the need arises. To date those developers have immersed themselves in such projects as virus-tracking, mask inventory and contact tracing.

Other strides are being made on the latter front too. Apple and Google announced on April 10 that they were partnering to develop an application programming interface (API) that would enable contact tracing via smartphone. By the end of April they released the first version of that technology with the hope for widespread integration in the months ahead.

Smartphone technology also comes into play on the testing front. A California firm, Luminostics, and a French company, Sanofi, have teamed up to develop an app that can test for the virus. In addition, CRISPR technology — a tool that can edit genomes — is being used in a recently released test to detect two coronavirus genes.

The National Institutes of Health has in the meantime launched a $1.5 billion initiative to ramp up testing by the end of summer and before the start of flu season. According to Science Magazine, U.S. labs currently perform 1.5 million tests per week. The goal is to perform 100 times that many by August, though experts caution that that might be unrealistic given development and supply chain concerns.

Technology might even be the key to unlocking the treatment and cure of this deadly virus. A UK firm called BenevolentAI used AI to scan scientific literature and identify a rheumatoid arthritis medication, baricitinib, as a possible treatment. It did so more quickly than even the company’s engineers might have imagined, and that treatment is now part of an accelerated clinical trial with the National Institutes of Health.

Another UK firm, DeepMind, is also employing advanced AI to search for a vaccine. The Alphabet subsidiary’s technology has identified proteins associated with the virus, which will in time enable researchers to create drugs capable of combating the disease.

Finally, Aera Technology president Frederic Laluyaux, writing for the World Economic Forum, asserts that problems with getting necessary supplies in the hands of healthcare workers during the pandemic have brought to light long-standing flaws in supply chains. In his estimation there are too often tracking issues, where various parties are unaware what needs to be ordered, created or shipped.

Northeastern University professor Nada R. Sanders backs Laluyaux in her book “Big Data Driven Supply Chain Management.” She writes that many companies are “awash in data but are unsure how to use it to drive their supply chains.”

Cognitive technology can help. That tech mimics human brain function through such things as natural language processing, data mining and pattern recognition. It enables multiple companies to upload information to the cloud and determine order status and product popularity to operate more efficiently. That stands to make a difference not only in future crises, but also in everyday life.

While the hardships we face in this battle against the coronavirus are as monumental as those we face in times of war, there is one small silver lining. We are all in this together. Organizations from all over the world are working together to find and employ the advancements needed to effectively combat this crisis. Technology has already proven to be a powerful weapon in the early stages of this battle, and figures to have an even greater impact going forward.

As our essential workers fight on the front lines, they deserve the very best possible advancements in testing, protection, contact tracing and treatment. It’s the least we can do to thank them for their service.