Ethology is a term normally reserved for the study of animal temperament and behavioral patterns occurring in natural environments. It’s applicable, here, because the flux of raw caregiving language and behaviors exhibited by nurses, med-techs, and aides with their patients: Informs us that, in many instances, the threesome is either (a) operating in ignorance, (b) shooting from the hip, or (c) drawing from their own childhood-rearing experiences. Contrast zookeeper knowledge, performance, and snap decisions against that of human caregivers in a long-term residential setting. Unsurprisingly, act-for-act, zookeepers outperform, hands down. Care of patients requires more than smiles, use of given names, and basic courtesies tethered to the physical-technical aspects of care delivery.

For example, loud, boisterous displays by nurses, med-techs, and aides in the dayroom presence of patients under various stages of dementia, may be found stimulating for some patients, anxiety-provoking to others. The question isn’t which patients, it is why? Why make that kind of noise when it’s psychologically inadvisable? But since it was never specified in a textbook, or stated in classroom—and lacks blatant signs of harm—then it must be tolerable. Actually, signs may exist: Tics and other patient mannerisms may spike, but staff might not make the connection.

Either while still students, or from continuing education, nurses, med-techs, and aides would bode well to emulate zookeepers in ability to interpret patient moods and behaviors. Through evidence-based practice, samples of patient moods, patterns of behavior, gestures, and language, could be used to create a basic patient ethology curriculum with its own ethology taxonomy. It may need to be specific enough as to be classified by healthcare subsets: Long-term residential care, at-home senior care, primary care, etc. Some reasons for creating and adopting such an ethology include:

▪ At intake, the collection of patient-specific ‘lucidity stimuli’ to be used/reused with patients as they periodically slip into periods of dementia.

▪ Learn that language shapes behavior. That adult-to-adult language—regardless of a patient’s level of cognitive impairment—is advocated for maintaining a professional level of caregiving practice. Parent-child language, a throwback to early childhood, emphasizes superior-inferior status between two persons; which is inappropriate and subtly induces other condescending language and caregiving behaviors. For example, patients being addressed as ‘dearie,’ ‘sweetheart,’ etc.

▪ Approach all caregiving actions, no matter how trivial, by taking the patient’s perspective. Perspective-taking reinforces empathy; it enables detection of caregiving actions that otherwise unwittingly disadvantage patients. And it expands both insight and foresight: A caregiver is more likely to think about the near- and longer term effects an action may engender, once they exit the caregiving moment.

▪ Ability to read patients’ moods and associated behaviors would increase likelihood of more accurate-reporting and diagnosis of needed medication/remedy. For example, debunking instances where pain medication is reportedly needed when, in fact, an incoherent patient experiences anxiety.

▪ Nurses could instruct and coach med-techs and aides on giving more situationally-appropriate responses, rather than operating from home-grown, seat-of-the-pants ‘best-guess’ responses.

▪ How to respectfully assist with toileting and other sensitive tasks where words and actions daily decide a patient’s dignity; and equally disturbing, whether a patient is handled as just one more in a series of ‘unpleasant tasks’ to hurry through.

A more concise and incisive knowledge base of patient ethology would improve patient care, no doubt. Knowledge nullifies error, ignorance, and guesswork. Being able to recognize and adequately deal with anxiety, confusion, and depression would be beneficial. If there were best practices for stimulating and prolonging periods of lucidity, they would be superior to reliance on such retreat efforts as parking patients in front TVs, giving them a passing greeting, or ignoring them altogether.

If at intake direct knowledge was obtained from patients/relatives/close friends about a patient’s sharpest memories of stunning experiences, those might be fodder for eliciting joy or contentment. Similarly, language is a powerful agent in memory recall and mental alertness: Knowledge of former pet phrases and fond words—names of people, songs, places of prominence—might revive old mental pathways for birthing intervals of articulate cognition. Perhaps pairing same age-gender patients would increase probability of restoring former social-bonding, mental alertness, and positivity; especially despite adverse physical effects from a continual onslaught of debilitating health and disease. 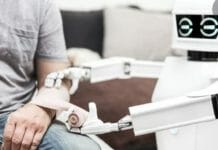 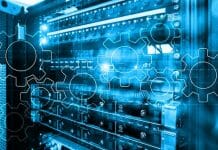