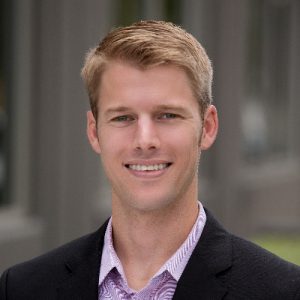 Stroke is a leading cause of chronic disability in the U.S., with over 700,000 new cases each year. As our population continues to age, that number is likely to increase.

In fact, it is currently estimated that one in 6 individuals will have a stroke in his or her lifetime.

While these numbers are daunting, there is good news. After a stroke, the brain can relearn how to control the body through neuroplasticity, which is when neurons rewire themselves through repeated effort. This requires intensive rehabilitation and sustained motivation, but—with enough repetition—recovery is possible.

Unfortunately, a recent study found that individuals with stroke receive an average of 10% or less of the amount of therapy they need to maximize their recovery. This is not due to a lack of investment; the amount of money the U.S. is spending on stroke treatment is expected to double over the next 15 years to nearly $200 billion. The real issue is that our current reimbursement model for post-acute rehabilitation was not designed to optimize recovery. Instead, as is often the case, reimbursement is based on a set of conflicting incentives that minimize therapy time while maximizing the workload for providers.

These misaligned incentives arise through a combination of 1) prospective payment systems, which classify patients into cost categories, and then provide fixed payments for each category, and 2) fee-for-service systems, which provide fixed payments for specific services (e.g. a 15-minute, one-on-one therapy session) with little attention paid to the long-term benefit of those services. The specific problems of these systems are complex—especially since the details change between inpatient rehabilitation facilities, skilled nursing facilities, and home health providers—but let me provide a real-world example.

I was recently in a meeting with a physical therapist I have known for years. She is an incredibly hard worker who is committed to doing the best for her patients. We were talking about how technology could be used to increase the amount of therapy individuals receive, and I asked her if a tool for enhancing group therapy would be useful in an inpatient setting.

From the look on her face, you would have thought I’d asked her if we could turn the hospital into a fighting ring. Group therapy, she told me, is not something we discuss.

Curious, I pressed her, and she went on to explain that she once had a similar idea. She went to her managers and asked them if she could take an hour out of her day to run a group therapy session with several of the stroke survivors on her floor. In her mind, it would be an efficient way of increasing their therapy in a motivating social environment.

The response? A refusal so heated that this therapist now shies away from the mere mention of group therapy.

After hearing this story, my initial reaction was to blame her managers. There are clear benefits to a group therapy program that should have at least been considered. But this is not a fair response.

The real problem is that the hospital would not have been reimbursed for that group therapy session. It would have essentially been charity work, paid for by the hospital. While one could certainly argue that hospitals should be charitable, we should not expect institutions to work against the financial interests that we create for them. As the adage goes, we vote with our dollar.

Unless we create proper incentives for maximizing recovery, we should not expect recovery to be maximized.

So how do we address this issue? There are lots of good suggestions, from value-based repayment to accountable care organizations. The challenge with a system so complex is that we won’t know exactly how well these solutions work until we try them. The best we can do is make sure we select the right outcome measures, and then patiently iterate until we see those measures improve.

Dan Zondervan holds a Ph.D. in Mechanical Engineering from UC Irvine. He is also the Vice President of Flint Rehab, a medical device company that designs motivating exercise technology, where he passionately pursues the mission of improving healthcare options for those most in need.

What Are The Different Types Of EMR Software?

The undeniable benefits of morning yoga

Recovery and Financial Compensation Don’t Happen Overnight: What to Expect When Accidents Happen.