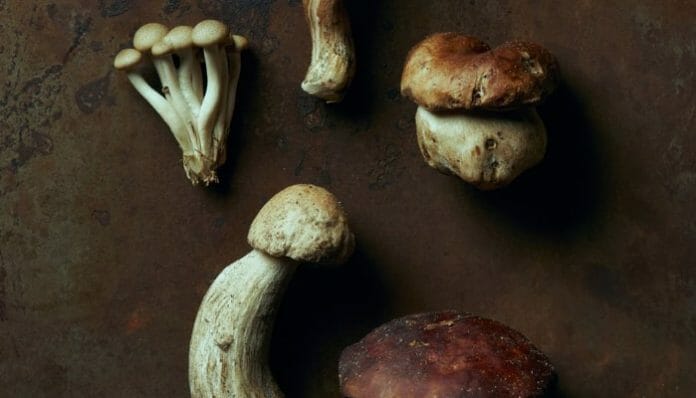 Edible magic mushrooms have aroused interest in the recent past due to their possible therapeutic qualities. Some studies indicate that psilocybin, found in these fungi, can treat specific psychological conditions like depression and anxiety. Despite these research-backed facts, many myths exist about shrooms. Keep reading to find the central myths and facts about psilocybin mushrooms.

There are two forms of shrooms: psilocybin and Amanita muscaria. Each kind has chemicals that change the activities of your mind upon consuming it.

Psilocybin is the most common category found in all the continents except Antarctica. There are almost 200 species that contain psilocybin. The main species under the category include ‘gold top’ and ‘liberty cap.’

Amanita muscaria is tiny and features mostly in religious rituals. Unlike psilocybin with psilocin as the main mind-altering chemical, the compounds that alter hallucinogenic chemical in Amanita muscaria are muscimol and ibotenic acid.

Santa Claus may have roots from magic mushrooms.

Many theories abound about Santa Claus. Multiple aspects like magic elves, red-and-white suit, his chimney may come from muscimol Shrooms. Most of these elements are related to Siberia’s Shamans, who supplied the magic mushrooms long ago.

The Shamans ate these mushrooms intending to communicate with gods. The community also gifted mushrooms in December by accessing homes through roofs because of blizzards.

Santa’s mannerisms are also related to the ancient cultures of Shamans. The practicing priests would gather A. muscaria and give them out as gifts during winter. These religious men dressed like magic mushrooms by putting on red suits with white dots. The priests shared their spiritual pursuits with deers, which feed on magic mushrooms.

Humans and shrooms go back to thousands of years ago.

Over 200 species of magic mushrooms contain psilocybin. The chemical changes the way the mind works by attaching itself to a serotonin receptor. Apart from delivering hallucinogenic feelings, the users of psilocybin describe their experience as ‘mind-expansion.’ Evidence of functional magnetic resonance imaging (fMRI) has helped to display how the brain appears after taking psilocybin.

A scan from the 15 volunteers who took psilocybin showed enhanced brain activity after taking the chemical. The major areas that registered enhanced activities include the hippocampus, prefrontal section, and the brain cortex. The scanned image appeared similar to the ones of people who are dreaming. The scan also indicated that areas of the brain associated with abstract thoughts and self-worth had reduced activities.

Researchers from the University of South Florida found out that psilocybin can improve brain cell healing by attaching to the receptors that activate neural-genesis. This process is critical for the treatment of people suffering from stress and depression.

Shrooms may cause permanent personality alterations.

Although brain activity may normalize after a psilocybin trip, some impacts may last for a long duration. A study published in a psychopharmacology journal assessed how the chemical affects five areas, including neuroticism, openness, extroversion, conscientiousness, and agreeableness.

After an elevated dose of psilocybin, there were remarkable expansions in openness. Openness is connected to creativity, imagination, appreciation of beauty. The trait was not only during the session but lasted for a year in around 60% of the participants.

A 2013 study of mice dosed with psilocybin found out that the compound helps to clear frightening memories. The chemical also enhances the growth of new cells in the brain’s serotonin. In the study, mice given an electric shock and dosed with psilocybin got rid of fear fast than those without the dose. This study shows that psilocybin may help treat people who have post-traumatic stress disorder (PTSD).

Apart from their hallucinogenic qualities, shrooms also have their lives to be concerned about. They reproduce through spores, which travel through the wind to look for new areas to grow. However, because most fungi grow on forest floors, it becomes difficult for a breeze to reach them and spread spores. Shrooms make their breeze to solve their problem of spreading spores to new places. They increase the rate at which water evaporates off their surface, which in turn avails vapor around them. The water vapor, together with the cold water, helps in lifting and spreading of the spores.

Psilocybin can dissolve the ego shortly.

Studies show that some individuals may temporarily lose their sense of self as a result of taking psilocybin. The dissolving ego effect gives way to qualities, such as openness, which leads to intense awareness. People with elevated awareness are more in touch with the world around them.

As noted by the University of Adelaide, it’s possible to re-organize the self-awareness mechanisms through this approach, altering people’s worldview. The outcome of a powerful sense of reconnection through this experience may help people who have multiple mental conditions such as addiction, depression, and anxiety.

Although many countries have prohibited the use of magic mushrooms, recent research shows that they are useful in treating multiple mental conditions.

Unlike alcohol, which is habit-forming, psilocybins are less addictive and can help treat addiction problems associated with cocaine and nicotine.

Research also indicates that shrooms may be useful in treating various mental conditions, including anxiety, PTSD, and depression. The conventional drugs used in treating these conditions have multiple side effects and take a long time to deliver outcomes.

Numerous myths and facts are associated with shrooms. Some of the key facts about the fungi include: