As a youngster, I was plagued with acne, making my formative years amongst the most difficult of my life. As an adult my hormones are a bit more balanced, but I had still struggled to keep those annoying breakouts under control. After hearing a lot of good things about Panoxyl Acne Foaming Wash, I tried it and since then, I haven’t looked back.

Before using it for the first time, I was going through some minor zit issues around my T-zone, along with a few painful welts on my cheeks, so it was an ideal moment to try it – particularly as I’d become so bored with dealing with this chronic issue.

So, like I say, I invested just $11.99 ins some Panoxyl Acne Foaming Wash, hoping that the Benzoyl Peroxide it contains could help me with my problem. This antiseptic ingredient is said to kill the P Acnes bacteria that leads to breakouts, while also getting rid of unwanted oil and dirt from your skin, so I was quite confident that it would have the desired effect.

But I digress, so let’s go back to the point where I started using it. Within just a few seconds of applying the lather to my skin, I could already feel a less oily texture starting to develop. This was no illusion either, as any day I skip using it now, there’s a palpable difference to my complexion in terms of oiliness, meaning that zits aren’t usually far behind.

My Skin’s Not Perfect But It’s Improving!

The difference in my skin’s balance since I began using Panoxyl Acne Foaming Wash is marked. Is it perfect? I’m not sure that will ever happen! However, it is far better than it used to be, meaning that I’m spared those problematic breakouts that I should have been able to leave behind during adolescence.

In general, my skin is far less oily, with my pores looking nice, healthy and clear. While it doesn’t help with intermittent hyperpigmentation that’s left over from past acne issues, it does give me the confidence that comes with knowing that things are under control.

One of the reasons I went for this product was the thousands of 5-star ratings that I found from regular users, but the affordable cost was quite convincing too. This wonderful facewash has been delighting users for years and it seems that I’m just one of the latest shouting its virtues from the rooftops.

Take It From Me – Panoxyl Acne Foaming Wash Works!

The results I’ve gotten from using this great, wallet-friendly product have been nothing short of magnificent, as I’ve been able to become so much less aware and more confident about how I look. I still have to be careful about what I eat (who doesn’t?), but this foaming wash has resulted in me going through the whole of 2021 with no breakouts at all – and that’s even while having to wear a mask everywhere I go!

Take it from me, this stuff works, so if you’re suffering like I used to, stop and take notice. You don’t have to! All that stands between you and skin to be proud of is something that costs less than 12 bucks. In truth, it’s hard to argue against it!

There’s a Seat for You: Supporting Warm, Welcoming Telehealth Settings for Behavioral Health

Healthcare Quality Dashboards: A Powerful Tool to Assist with the Shift to Value-Based Care 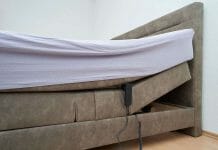 Adjustable Beds 101: What You Should Know About The Hottest Sleeping Tech Today