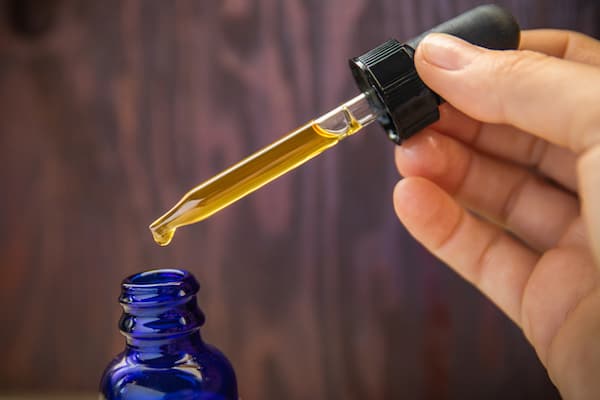 Using cannabis as medicine is not a new development for Canadians; people have been legally turning to medical marijuana since 2001 to help with their creaky joints, chronic back pain, anxiety, and more. This is never likely to change – in fact, medical marijuana will just continue to become more accepted as the years go on.

But one thing that has changed is how medical marijuana is being utilized, mainly when it comes to CBD. The use of CBD oil in Canada has become wildly popular, and this isn’t just because of the new legal status of recreational cannabis in Canada.

The real reason behind CBD’s popularity is that it is helping patients to treat a variety of medical conditions. Another huge benefit is that the effects are non-intoxicating (in other words, CBD won’t get you high). Even commonly used full-spectrum CBD oil still has less than 0.3% THC.

To find the right CBD oil for you, it’s straight-forward process in Canada. Once a doctor gives you approval, research the topic to find the best CBD oils for you and where to buy them. Popular options in Canada include CBD creams, isolates, tinctures, gummies and more.

To give you an idea of CBD’s versatility in the medical world, here are a few of the most common medical conditions being treated among Canadians with CBD oil products.

These numbers are shocking, but what’s not shocking is the fact that many of these people are turning to CBD to help alleviate their anxious thoughts and feelings. This is because CBD reacts with the brain’s receptors and responds with serotonin, a chemical that’s strongly linked to mental health.

For many patients struggling with anxiety, CBD has helped to significantly reduce stress, decrease increased heart rate, and help to treat insomnia that is caused by anxiety.

This next condition is possibly the most well-known reason to start using CBD thanks to the story of Charlotte Figi. When this girl was just 3 months old, she had her first seizure from a rare disorder called Dravet Syndrome. No route of treatment brought relief until she was given medicinal CBD at 5 years old.

Charlotte is often referred to as the girl who inspired the CBD movement. Although she recently passed away at age 13, her story with CBD has made a huge impact on the medical world. Now, there are several anti-seizure drugs containing CBD that have been approved by the FDA used to treat rare and severe forms of epilepsy.

It’s a well-known fact that cannabis is commonly used to treat pain, but CBD oil is especially helpful for patients experiencing pain related to nerve issues. The symptoms of nerve-related issues vary from patient to patient – sometimes it merely causes numbing and loss of sensation, but for some people, it can be downright painful.

CBD-based treatments for nerve pain is typically administered topically rather than orally. But no matter how it’s administered, the reason that CBD oil works so well for treating pain is that it reacts with the brain’s cannabinoid receptors (CB1 and CB2), which are specifically linked to how the body feels pain.

CBD oil is extremely anti-inflammatory, so it makes sense that it can be used to soothe the skin. Many skin problems are caused by inflammation, so slathering a CBD-infused topical can help for the treatment of acne, rosacea, eczema, and more.

Some research is even suggesting that it can help to minimize oil in the sebaceous glands, which are responsible for producing sebum. Sebum is good in moderation since it helps to hydrate the skin, but when these glands overproduce sebum, acne can form. CBD is a promising route of treatment for this common issue that many Canadians suffer from.

Not only can CBD help with the symptoms of cancer and cancer treatment like chemo and radiation, but it is being studied as a preventative cancer route. The research for this is in the very early stages, but even the National Cancer Institute has vouched for the promising affection of CBD for preventing cancer cell growth.

How to Take CBD Oil

Taking CBD oil can be done in many different ways, which is part of the beauty behind it. It can be taken orally through capsules, tinctures, or edibles, used topically in the form of creams or salves, vaped, or smoked the traditional way.

Even though CBD is completely legal in Canada, it’s still important to consult with a healthcare professional before using it medicinally. So much so that we mentioned it earlier as well. Like any substance, experiencing negative side effects is always a possibility and every individual will react differently.