Cannabinoids like CBD and THC have become household names, but there are over one hundred known cannabinoids—including rare cannabinoids like CBG, CBN, THCA and THCV. Their powerful health benefits make them highly sought after by a variety of industries, such as food and beverage, cosmetics, health and wellness, pharmaceuticals and more.

New cannabinoids are still being discovered, especially through biosynthesis—a more sustainable and cost-efficient alternative to the traditional method of producing rare cannabinoids through plants. The latest breakthrough discovery in this highly profitable space is a whole new class of rare cannabinoids.

BIOMEDICAN has discovered a patent-pending process to biosynthesize a new class of rare cannabinoids called Sesqui-Cannabinoids. In this class of rare cannabinoids, there is only one paper that describes the properties of Sesqui-CBG in 2011. There are several articles that note the presence of Sesqui-CBGA or even Sesqui-CBDA in plants but only in the list of detected compounds (no properties described). BIOMEDICAN filed a patent last month and can now produce Sesqui-CBG. In the next six months, the company expects to be able to produce Sesqui-CBD, Sesqui-CBN, Sesqui-THCV and Sesqui-THCA.

This is a significant new discovery. We are the only company in the world that has figured out how to produce these Sesqui-Cannabinoids and filed a patent on them. This has the potential to be the next generation of highly active rare cannabinoids. All our Sesqui-Cannabinoids will have a significant amount of the attributes that are found in CBD, CBG, THCV and THCA but will also have some different attributes that can potentially make them significantly better.

We are extremely excited about this discovery of a new class of cannabinoids and patenting them. This discovery makes BIOMEDICAN a true pioneer in this market. Sesqui-Cannabinoids have the potential to replace all rare cannabinoids with a compound that works significantly better than just CBD, CBG, THCV or THCA. We will be conducting research to discover the additional health benefits of this new class of cannabinoids. We hope with this new discovery that we will help millions of people suffering with multiple health issues to get better treatment at affordable prices.

Our company is actively looking for research partners to help investigate the overall benefits of Sesqui-Cannabinoids. We are in discussions with several universities, and there seems to be a significant amount of enthusiasm regarding being a true pioneer within the Scientific Cannabis Therapeutics sector of the market. Anytime you make a truly new discovery, it breaks down walls and creates an energy of endless possibilities.

As the cannabinoid markets continue to develop, there will be more and more of these new classes of cannabinoids discovered, and BIOMEDICAN plans to be the leader in these discoveries. Our world-class scientific team has continued to innovate in these markets, starting with biosynthesizing CBG/CBGA, THCV/THCVA and now Sesqui-Cannabinoids. Our patented biosynthesis process reduces production costs 70-90% and creates 99% pharmaceutical-grade compounds with 0.0% THC. Our vision is to provide the highest quality products for the least cost to make the significant health benefits of cannabinoids affordable to as many people as possible.

The applications for this new class of cannabinoids are vast, but there needs to be a significant amount of research conducted on how these cannabinoids interact with the human body and specifically what the ultimate health benefits are.

Sesqui-Cannabinoids have many of the same attributes as CBD, CBG, THCV and THCA, but what makes them potentially the holy grail of cannabinoids is that they have some additional attributes that we believe will produce significant better health results than any other cannabinoid. We still have a considerable amount of work to do to prove these benefits, but if our theories turn out to be correct, Sesqui-Cannabinoids will revolutionize the health benefits of cannabinoids, thus helping tens of millions of people who suffer from acute health problems. 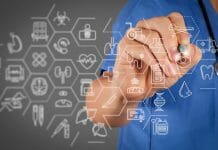