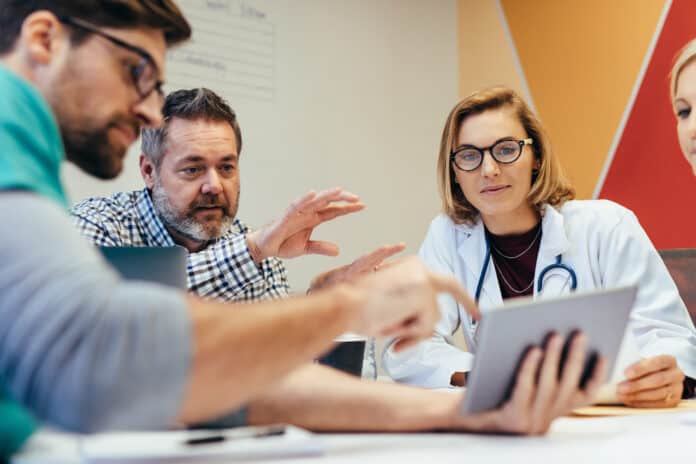 The 40-hour workweek has been a set practice for over 80 years now, codified into law in the United States as the “Fair Labor Standards Act.” But a lot of time has passed since then, and this work schedule is inconsistent with our current trends and needs in today’s world. A recently released report from McKinsey & Company and LeanIn.Org shows that 42% of women and 32% of men are experiencing work burnout, a rise from the numbers reported a year prior. Recent studies also suggest that individual productivity increases when long working hours are reduced and fewer mistakes are made at work. Let’s explore:

The pandemic put many employees in their homes, wanted or not. It turns out that after the initial “snow day” fun, some employees missed their coworkers and workplace lives. However, many reassessed their vulnerability, and the tradeoffs of hours for dollars. The conclusion, “not worth it.” Skilled professionals, trade workers, and every sector of the work chain must reevaluate the cost of labor. The 40-hour workweek is dead. It is not worth reviving and is in desperate need of re-evaluation. In fact, a 40-hour workweek is bogus in most industries. A “normal” workweek averages 47 hours a week, and, for many, tops out at 80 hours or more. That is undeniably unhealthy, even at the low end of 47 hours a week. Cell phones, email, long commutes, and overtime just to make ends meet is intolerable.

Our workforce has spoken. Many have elected to leave or quit. Unfortunately, too many pushed it to burnout before folding. The physical, psychological, and mental exhaustion is yet to be paid in full. Stress is expensive and deadly to the individual, consumer, and organization. Mass exodus and shut down of highly needed medical care centers due to unmet demands by employers, staff burnout, low pay, illness, options, and re-evaluation of personal priorities are just a few of the root causes behind “the great resignation” of 2021. (*Healthcare Business Team March 20, 2022). However, other countries have created a work-life balance much needed in today’s America.

The American workforce was already frayed before the pandemic, outworking every other industrialized county, with no benefit to Gross National Product or the employee. German employees typically work 34.2 hours per week, while French employees average 27 hours a week. Research concludes that happiness is part of our healthiness. Leading the way is Denmark, often ranking as one of the happiest countries in the world, coming in with the shortest workweek at 25.9 hours a week. Spain seems to be doing a lot right. They are repeatedly reported to be one of the healthiest nations and work an average of 36 hours a week. That would equate to Friday afternoon off for Americans.

We know burnout is due to prolonged stress, no light at the end of the tunnel. Most salaried employees in the United States get 14 days off with pay. The average in other countries is 84 days off a year. Europe has the most time off at 20 weeks a year or 140 days. Fourteen days off versus eighty-four is enough reason to reevaluate the current working conditions in the United States and the failing health of the entire population. The mass exodus that came out of the pandemic says Americans are “sick and tired of being sick and tired.”

American companies and organizations cannot afford the continued fallout from current working demands in terms of health care cost, lost productivity, job injury, sick days, and resignation. The research is clear that a revaluation is needed. The immediate and long-term cost of working our labor force too much is burnout. Basically, no end in sight. In fact, in the last few years, many medical personnel and first responders had to dip into (if granted at all) their measly two weeks’ vacation time if they become sick. No light at the end of the tunnel means tunnel vision, resulting in an anemic workforce.

Burnout due to prolonged stress or working too many hours a week, day, month and year is the collapse of the mental, physical and emotional systems. Let’s see why this happens. The number one cause of stress for most Americans is work-related. When in a stressed, “fight or flight” mode, powerful hormones flood the neurobiological systems. When appropriate, these hormones cause intense life-saving reactions. However, these stress hormones are a potent cocktail that shuts down cellular growth. Importantly stress inhibits neurogenesis, the process by which new neurons are formed in the brain. When neurogenesis stops so do, we. Conditions associated with a slowdown of neurogenesis include cognitive impairment, depression, and anxiety, or what we call burnout.

The pandemic brought our working conditions back to our attention. Working from home helped many with some work-related stress, however if the cause of the stress, long hours, did not change, the issue still needs to be addressed. To the disbelief of many, productivity did NOT suffer with the work from home model for those who could. In fact, some reports show more productivity and happier workers due to less fatigue. Less stress means less burnout which equals more whistling while working! But what about the first responders, medical staff and long 12-hour shifts? It doesn’t work for the worker or the patients. Studies have proven more mistakes are made when employees are not rested and alert. Health care providers in countries that report high rates of health and happiness do things differently. At a university hospital in Denmark, it is not uncommon for post-docs to work 80% of their 37 hours as clinicians (4 days per week) and 20% doing research (1 day per week) – but still getting paid for all 37 h. Some doctors in other countries state, “I have some weeks with 68 hours on the rotation, but then I get a free week every 7th to shake it off.”

There is much that can be provided for our providers.

Working more is counterproductive to all… Across the board, the studies found the impacts were negative—both for employers and employees: More work equates to less health, which costs everyone and a burden on society. On average, Americans work at least 7 extra hours outside their 40-hour schedule.

We know the effects of working 50 hours a week are negative; anything over 40 makes people less productive overall. In September 1926, Henry Ford reduced his workforce hours to 8 hours a day for five days total. Americans for the first time had a 2-day reprieve, the future looks bright and the theme of lessoning work hours was promised to a future generation. John Maynard Keynes, the renowned economist in Ford’s day, said by 2030, Americans will have a 15-hour workweek due to advances in technology. Folks, we are less than a decade away with no letup in sight, in fact, we seem to be slipping back towards the horrendous demands of hour for pay. Even before Ford, manufacturers all over the globe were running experiments and discovering how shorter working hours led to increased productivity.

It is time for the United States to readdress the 40-hour workweek. It is archaic in our dual and single-income society. Cruel even. What will be left when no one is able due to mental, physical, and emotional exhaustion to care for others? It’s not just the suffering of the workforce, but the suffering of those paying for and seeking care at the hands and minds of the overworked, sleep-deprived, and emotionally neglected care giver.

We are a well-meaning society. Americans want to serve, help, alleviate, and prosper. The reality is that we, as a nation, are doing a poor job of it because we are not taking care of those taking care. We can. We should. We have to. Change is inevitable. And now is the time to take care of the American workforce and reassess how we compensate for service, expertise, and skill. The opportunities are endless, and the time is now to adopt a shorter work week and more paid time off. The citizens of the United States, our current population, and future generations depend on a revaluation of current work-life balance.

Stephanie Bolster McCannon is an Organizational Psychologist, published author of BolsterUp!: The Ultimate Guide to Becoming a Happy Healthy Human, and CEO of BolsterUp, a well-being coaching company that supports emotional, mental, and physical mastery. Stephanie’s interest in supporting others intensified with her need for healing as a young mother and professional. Working with employees from large worldwide corporations to local private educational institutions, government agencies and private clients, Stephanie discovered a winning combination that brings true health and happiness to working professionals and parents with the BolsterUp Method. 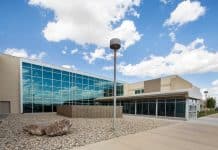 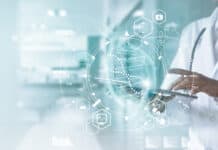 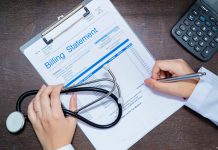 How to Prioritize Empathy in Healthcare Collections