David O. Barbe, M.D., a family physician from Mountain Grove, Mo., will be sworn in tonight as the 172nd president of the American Medical Association (AMA). In leading the nation’s largest physician organization, Dr. Barbe will focus his tenure on advancing the AMA’s strategy to improve health outcomes for Americans living with pre-diabetes and hypertension; accelerate change in medical education and prepare students for today’s health care system; and enhance physician satisfaction and practice sustainability.

“At a moment of unprecedented opportunity to shape the future of not only our profession but health care for years to come, I am excited and eager to lead the nation’s largest and most influential physician organization,” said Dr. Barbe. “The AMA’s work supports physicians across all specialties, career stages and practice settings as they navigate ongoing changes in medicine today and in the future. We are committed to providing physicians and physicians-in-training with the resources they need in their unique career journeys so they can provide the best care to patients.”

“Family medicine gave me the opportunity to return to my hometown – a low-income, underserved area – and make a difference in the lives of patients in my community,” said Dr. Barbe. “It is because of the patients I see day in and day out that I understand firsthand the AMA’s unwavering goal of health insurance coverage for all. The ongoing debate of our nation’s health care system gives physicians an opportunity to demand that patients come before politics, to work with leaders and develop bipartisan solutions, and to bring physician leadership to the table. It is my honor to serve as AMA president during this crucial time.”

After 15 years in independent practice, Dr. Barbe merged his medical group with Mercy Clinic, Springfield, Mo., a 650-physician, multi-specialty integrated group. In his current role as vice-president of regional operations for Mercy, he is responsible for five hospitals, 90 clinics and more than 200 physicians and advanced practitioners. He also serves on the executive management team of Mercy-Springfield, which was named one of the nation’s top 5 large health systems by Truven Health Analytics.

Dr. Barbe was first elected to the AMA Board of Trustees in 2009 and served on numerous AMA committees and task forces. He served as chair of the board from 2013–2014, as well as a member of its executive committee from 2011–2015.

Prior to his election to the AMA Board, Dr. Barbe was a member Council on Medical Service, an influential committee of the AMA, and served as its chair from 2008 to 2009. As a member of the Council, Dr. Barbe participated in the development of AMA policy related to coverage of the uninsured, health system reform, Medicare reform, and health insurance market reform.

Dr. Barbe also has decades-long volunteer service at the state level, having served as chair of the governing board for the Missouri State Medical Association (MSMA) in 2003 and as MSMA president in 2005. He was also a longtime member of MSMA’s legislative committee and a board member of the Missouri Medical Political Action Committee.

Dr. Barbe continues to practice in Mountain Grove, Mo., where he lives with his wife, Debbie Barbe, B.S.N., R.N. They have two children and six grandchildren. 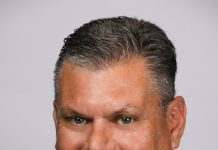 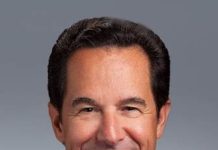 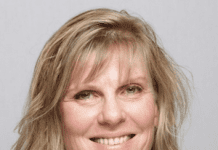