Throughout human history, medical and scientific discoveries have been scrutinised in the most peculiar three-stage way. First, a discovery is made and the findings are widely discredited by peers, claiming that this goes against everything we have known to be true so far, therefore the discovery must be founded on some critical error in reasoning. Second, the discovery gains peer recognition, as more and more scientists/doctors begin to add their names to the growing list of supporters behind the findings. Third, the scientific/medical community at large embraces the new ideas, claiming that anyone who isn’t on board with the findings is clearly stuck in the old ways and isn’t as up to date in their thinking as they should be.

PTSD (Post Traumatic Stress Disorder) is no stranger to this process. While things like the Spanish Flu or the impact of agent orange on the human body often have immediate visual and physiological symptoms, PTSD has hidden psychological symptoms that would have to wait to be recognised. And the wait was long.

In World War 1, doctors began to note symptoms of PTSD, using the umbrella term ‘shell-shock’. Back then, there was a common belief that some people did not want to fight in the war because they were not brave enough, and shell-shock was simply a lack of bravery that could be overcome by further exposure to life-threatening situations. In brief, the general public saw shell-shock as something that only affected soldiers who lacked ‘guts’.

Of course, we now know this not to be true – the term ‘shell-shock’ implies exposure to combat, whereas many soldiers exhibit symptoms of PTSD without having been exposed to close fighting conditions. However, the condition would not be fully established as a recognised medical condition until 1980, meaning soldiers who fought in World War 2, the Korean War, and Vietnam would not have the support they needed if they began to show symptoms.

‘Shell-shock’ patients might have expected to receive such primitive treatments as electroshock therapy and harsh physical conditioning. These so-called treatments left in the region of 80% of soldiers unable to return to their units. Many soldiers turned to alcohol and drugs to alleviate symptoms of anxiety, flashbacks, and nightmares.

The road to understanding PTSD

Towards the end of World War I, inroads to understanding the condition began to be made by an army physician named Arthur Hurst. The basic premise from which he worked was that soldiers who were given time and space to talk about their emotional distress would recover faster. Hurst’s genius (although obvious to us now) was to recognise that the trembling and shaking and erratic behaviours displayed by those with shell-shock were not linked to physical ailments or proximity to combat situations, but were instead linked to emotional distress that could be addressed through talking therapies.

Modern cognitive and behavioural PTSD therapies that are used to treat a range of symptoms today can trace their effectiveness back to Hurst’s ground-breaking insights more than 100 years ago. 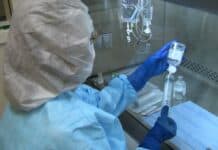 How COVID-19 Has Affected Distribution of Drug Samples

Teachers in Scrubs – The New Normal

Phys. Therapy VS A Chiropractor Who Is The Top Rated In Oklahoma City

MTHFR Variants and Their Effective Diagnoses

5 Signs You Have Serious Knee Problems That Needs To be...

Do Your Patients Have The Right Life Insurance Cover?

3 Important Trends for the Future of Healthcare

What types of toxins are present in Tap water?

HIPAA Explained: How to Explain and Understand HIPAA